It’s that time again! It’s time to find out what is new and exciting with the Q1 2014 release of UI for WPF and UI for Silverlight.

UI for WPF welcomes the addition of a couple of new powerful libraries that are joining the suite as a CTP in this release, RadWordsProcessing and RadSpreadProcessing. These libraries have no dependency on any third party software and ship with a comprehensive and easy to use API. With these libraries, you now have the ability to create, load, modify and convert word processing and spreadsheet documents in your application. These libraries are not only functional, they are fast.

Rich content is also supported in the documents that you will use in conjunction with these libraries. RadWordsProcessing has full support for theming, styles, images, tables, hyperlinks, paragraphs, fields, headers, footers and more. RadSpreadProcessing supports formulas, images, theming and styles as well as the support of multiple data formats such as text, numbers, dates and currency. 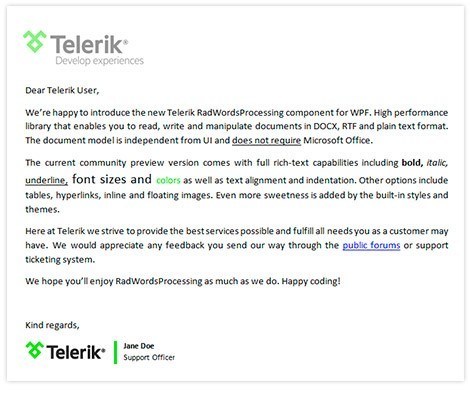 It’s important to note that these libraries are not available in UI for Silverlight due to the sandboxed nature of Silverlight.

The RadSpreadSheet feature set has grown by leaps and bounds in the Q1 2014 release. First, the addition of Freeze Panes enables you to provide your users with an enhanced user experience. They now have the ability to freeze columns or rows (based on a selection) and continue to scroll through the rest of the document. This feature is especially handy for keeping header columns or summary rows visible so that users never loses context of the data they are viewing.

The next feature that was added to RadSpreadSheet is image support. Users can include and manipulate images directly in the spreadsheet. Users can resize, move, rotate as well as flip the image interactively within the control. Programmatically you can create an image, set the image source and assign it to a specific cell index. You can also provide offset values to control the positioning of the image within the cell. You are also able to programmatically set the height and width of the image, as well the rotation angle. 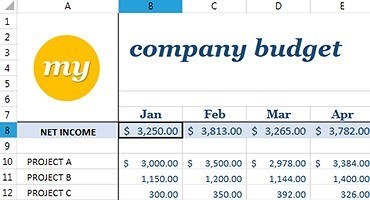 Print and Print preview functionality has also been introduced enabling users to distribute their spreadsheet data in hard copy.

Finally, spreadsheet protection support has been added to the control. The entire document, or certain cells within a document can now be protected from being edited by an end-user, unless of course they have the password to unlock them. This becomes important when you have a standard layout for a document that must not be changed, yet still allow users to enter values into the editable cells. This functionality can come into play when there is an automated process that is used to parse these spreadsheets and expects to find user entered values in specific cells. Find a great example of this functionality in our WPF samples application (pictured below). 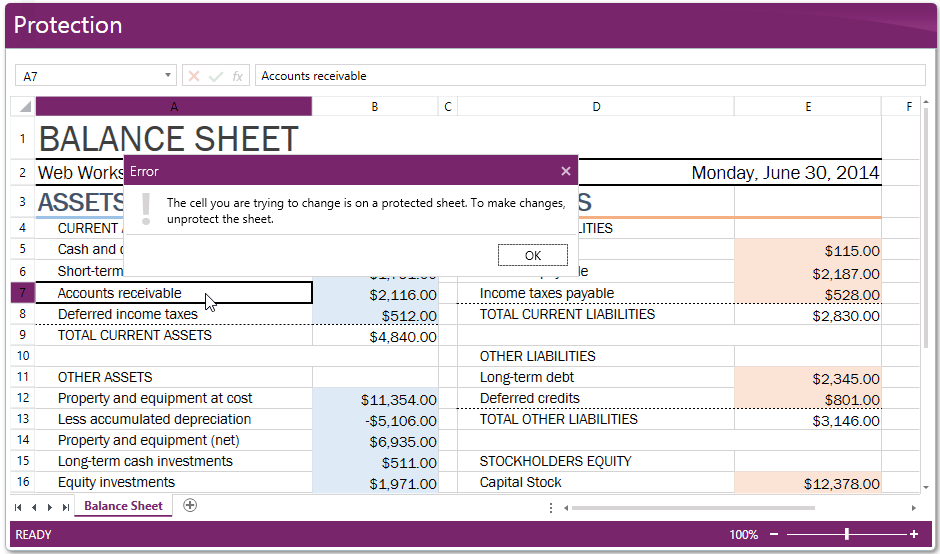 All of the new features with RadSpreadSheet are available in both UI for WPF and UI for Silverlight control suites.

RadChartView has been enhanced to provide both Direct2D and Bitmap rendering support for every available series type, this enhancement is applicable to only UI for WPF. Spider mode smart labels are also now available for pie charts, giving you even more options when creating beautiful looking charts. The Smart Label enhancement is available for both UI for WPF and UI for Silverlight. 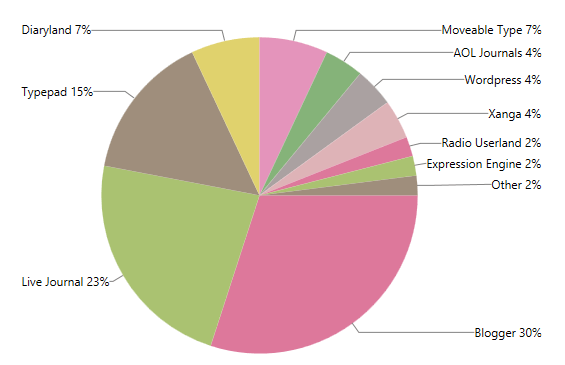 RadDocking has been enhanced to include support for nested docking which is ideal for a more complex UI layout. Each docking control exposes their own document hosts as well as document compasses. Inner tabs are also available at each nested level when multiple RadPanes are present. The nesting feature of RadDocking is also available for both UI for WPF and UI for Silverlight. 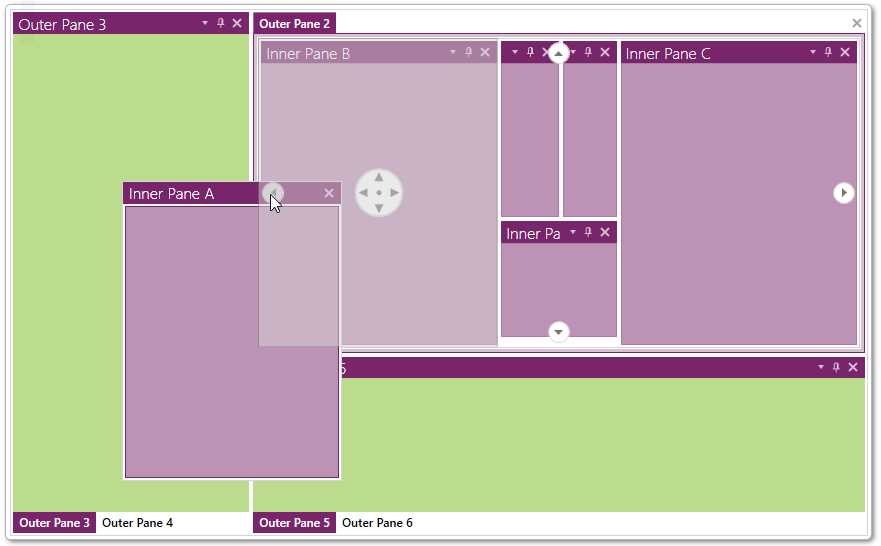 Take advantage of these great new libraries and enhancements by updating to the latest version of the UI for WPF and/or UI for Silverlight control suites. You can also download a trial of UI for WPF and UI for Silverlight if you are not already a customer. If you prefer to take our demo applications out for a spin you can access our Silverlight demos directly from your web browser and download and install the WPF demos onto your computer.

Be sure to upgrade your projects and take advantage of these new features today!

Carey Payette is a Developer Advocate. You can follow Carey on Twitter @careypayette or read her personal blog at www.codingbandit.com.