Instead of doing everything in a single process on a single thread, modern browsers have a multi-process architecture. What does this mean for developing in JavaScript, which is single-threaded?

JavaScript is single-threaded. Only one thing can happen at a time, on a single main thread and everything else is blocked until an operation completes. — MDN

It took me a while to realize that the main thread we’re talking about belongs to a process in the browser that is specifically responsible for rendering web page and running anything that affects rendering (JavaScript and user input events). Modern browsers have a multi-process architecture with separate processes that take care of different parts of the browser.

Being aware of processes and threads also helped me see that Web APIs introduce asynchronous tasks in our applications. When we call Web APIs such as fetch(url).then(cb) or setTimeout(cb, delay), they do not run on the main thread of the renderer process. For example, fetch() runs on a network thread in the browser process.

When programming with JavaScript, we mostly don’t have to think about threads. However, a basic understanding of threads and processes helps clear some of the mysteries of asynchronous programming in JavaScript. Therefore, in this article we will talk about processes, threads, the responsibilities of the main thread of the renderer process, and its interaction with other the other browser processes and threads. 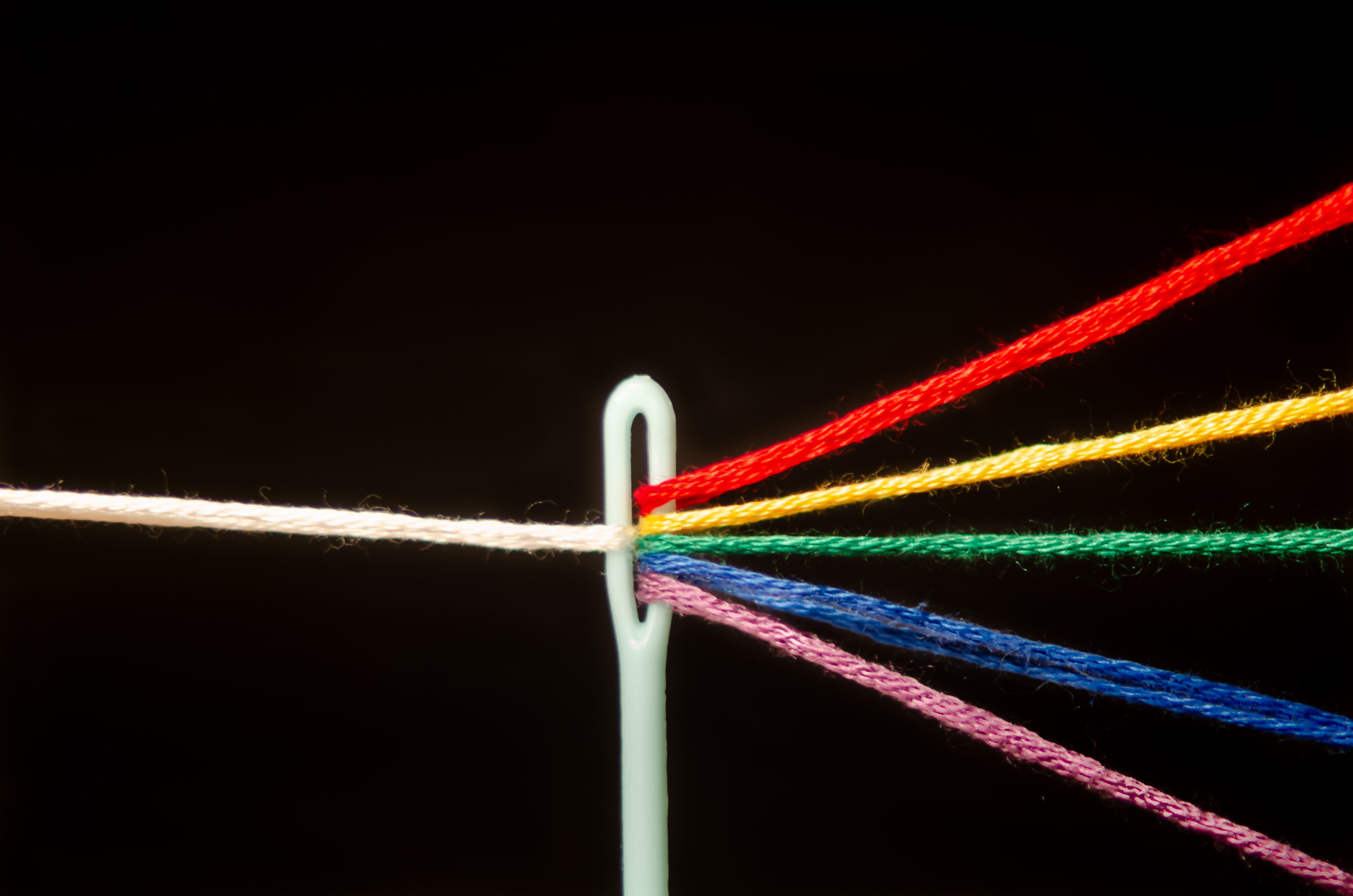 Before we can talk about processes and threads, we need to look at the difference between compiled and interpreted languages.

What is the difference between the two?

Applications written with compiled languages are compiled to produce machine code that is executed directly by the operating system. The application is compiled using a compiler. Compiling an application is often referred to as the “build” step. The build step produces an executable file containing the machine code.

The executable file is packaged and made available to the users so they can install it on their devices.

For example, Google Chrome is an application written with a compiled language (mainly C++).

When we run the Chrome application, for example by clicking on the icon, the operating system on our device creates a process to execute the application.

When we run an application that was written with a compiled language (for example, by double-clicking on its executable file), the operating system starts a process.

Starting a process means that the operating system does the following things:

An application can create additional threads to execute parts of the instructions.

A process can also ask the operating system to create child processes to control separate parts of the application. The operating system allocates separate memory space to each process. Processes do not share resources—instead, they communicate with each other using a mechanism called Inter-Process Communication (IPC).

As we mentioned earlier, a process can create additional threads. We refer to the main thread of execution as the main thread, and to the threads created to execute parts of the program as background threads.

Threads represent independent execution contexts within a process. In a multi-threaded process, each thread has its own stack, stack pointer, program counter and thread-specific registers to keep track of its execution.

Now that we have a general overview of processes and threads, let us talk about the multi-process architecture used by browsers with the aim to see where web applications fit in.

Modern Browsers Have a Multi-Process Architecture

Browsers are built using compiled languages. Instead of doing everything in a single process on a single thread, modern browsers have a multi-process architecture.

A multi-process architecture provides the browsers with better:

Let us look at Google Chrome for an example. When we open a Chrome browser, we run the Chrome application. The operating system creates a process — this is Chrome’s main process which Chrome aptly calls the browser process.

The browser process creates further child processes to control various parts of the browser. Following are some of the processes in Chrome:

The process names are reflective of their functions. Please refer to “Inside look at modern web browser” by Mariko Kosaka for a beautifully illustrated and detailed explanation of the processes in Chrome.

As web developers, we are especially interested in the renderer process and its interaction with the main browser process.

The browser process controls the “browser” part of the application including the address bar, bookmarks, back and forward buttons. It also handles the invisible, privileged parts of a web browser such as network requests and file access.

While the renderer process controls the actual rendering of the web page. — Mariko Kosaka

Rendering happens in a sandboxed process so if an evil website exploits a security vulnerability in the rendering code, the sandbox keeps the damage contained. The browser itself is safe and the other tabs are safe. 🔐

In order to talk about the role of the renderer process, let us first talk about what rendering is.

Rendering is the process of turning HTML content into pixels. — Steve Kobes

When we visit a website, the browser process gets the site’s HTML document from the cache or service worker, or makes a network request to the server hosting the website.

The browser process then sends the HTML document to the renderer process to render the web page.

A rendering engine is a software that:

The rendering engine goes through a sequence of steps called the critical rendering path to transform an HTML document (HTML, CSS and JavaScript) into the pixels drawn on the user’s screen.

The rendering engine does the following steps during the critical rendering path:

We can categorize rendering into two parts:

While the application is running, the JavaScript code can update the document content, structure and styles using the DOM API. The rendering engine updates the rendering to reflect the changes made by JavaScript.

I really recommend watching Life of a Pixel by Steve Kobes (2019, 2018) for an in-depth look at the rendering pipeline in Blink (Chrome’s rendering engine). This talk is truly amazing, and you will be delighted at the amount of learning you will take away from it.

Anything that interacts with the DOM needs to run on the main thread to avoid synchronization issues. Since JavaScript can modify the content, structure and styles of elements on the web page using the DOM API, it makes sense that JavaScript runs on the main thread of the renderer process.

Learn the distinctions of functions, promises, iterables and observables. Each can produce a value/sequence of values and send it to consumers.

Using Chrome as an example, the JavaScript engine does the following tasks:

Please refer to Life of a Script to learn details about how JavaScript is loaded, parsed, compiled and optimized in Chrome.

I want to point out here that the JavaScript callstack is not the same as the stack created by the operating system for the main thread. I naively thought so at the start and was quite confused. 😆

As we see the renderer process does not actually paint the actual pixels on the screen. So who does?

Painting the Pixels on Screen

Talking about painting pixels makes me think of this song from Disney’s Alice in Wonderland 😊:

We’re painting the roses red. 🌹
We dare not stop,
Or waste a drop,
So let the paint be spread.

As Steve Kobes explains in his talk , Life of a Pixel, browsers use the graphics library provided by the underlying operating system to paint the actual pixels on the user’s screen. Most platforms use a standardized API called OpenGL. There are also newer APIs such as Vulkan.

Web APIs are built into the web browsers. Web APIs expose data from the browser and surrounding computer environment. — MDN

Examples of Web APIs include:

The browser uses callback queues (also called job queues, task queues or message queues) and a microtask queue, to queue the callbacks that are ready to run on the main thread. An event loop executes the callbacks waiting in the queue when the JavaScript callstack becomes empty.

Browsers provide us with the Web Workers API so that we can offload CPU-intensive operations in our web applications from the main thread to background threads of the renderer process. These background threads are also called worker threads or workers.

We use the Worker interface, available on the global window object, to create a Web Worker. (The browser exposes a global window variable representing the window in which the script is running to JavaScript code. The window object includes items that are globally available.)

The main thread and worker thread communicate by posting messages to each other using the postMessage() method. And they respond to messages via the onmessage event handler. The message event has a data attribute that contains the message. 🐠🐠

Scripts running in the worker thread are already within the worker space so they can access postMessage() directly.

Please refer to MDN to learn more about Web Workers and the Angular docs to learn how to create workers in Angular.

The main thread of the renderer process is responsible for rendering web pages and runs anything else that affects rendering to avoid synchronization issues. JavaScript and user input events can affect rendering by manipulating the DOM or styles. Therefore, in addition to carrying out the critical rendering path, the main thread runs JavaScript (except workers) and accepts events from input devices, and dispatches those events to the elements that should receive them. The event loop orchestrates running these tasks on the main thread.

I hope you found that learning about processes and threads, and taking a closer look at the renderer process and its interaction with the other processes in the browser helps you understand the synchronous and asynchronous nature of the code in our frontend applications. 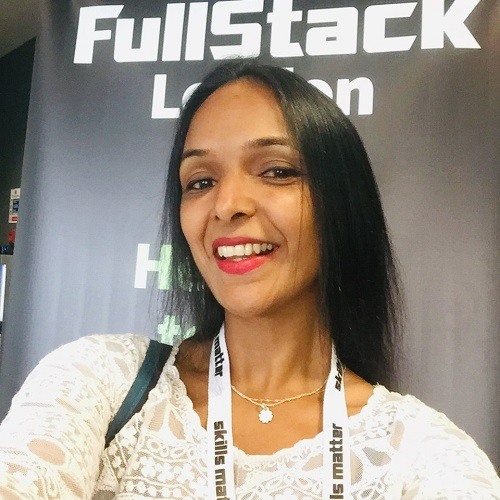 Ashnita is a frontend web developer who loves JavaScript and Angular. She is an organizer at GDGReading, a WomenTechmakers Ambassador and a mentor at freeCodeCampReading. Ashnita is passionate about learning and thinks that writing and sharing ideas are great ways of learning. Besides coding, she loves the outdoors and nature.