Looking for tips for using Create React App? Here are five features you may not know about.

Create React App is a tool that makes it really easy to create React apps without having to deal with complex configurations. The recent release of Create React App v2 is a great excuse to go through their User Guide one more time, and find interesting features I didn’t know about. Here are my highlights.

1. Displaying Lint Errors in the Editor

I love linters! They help me identify potential problems as I write my code, before I even get the chance to run it. Create React App already comes with ESLint installed, and with some rules configured by default, but it only displays linting warnings and errors in the terminal:

What I really want is to see those warnings and errors directly in my editor, so that I can fix them immediately without having to switch contexts.

It turns out Create React App makes it as easy as adding a .eslintrc file at the root of the project with this content:

If you have your editor properly configured (I use the ESLint extension for VSCode), then you’ll see the results immediately: 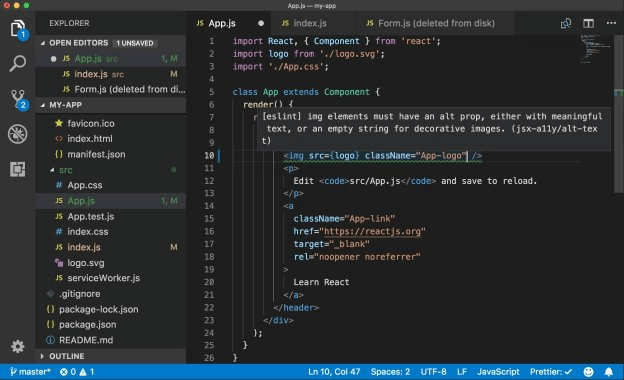 Prettier is an opinionated code formatter that enforces a consistent style in all our files. I’ve started using it in all my projects because it allows me to concentrate on the code itself and forget about formatting.

You can run it from the command line (install it with npm install --global prettier, and then run prettier in your project) or from your editor (I use the Prettier extension for VSCode). But another popular way of running Prettier is via Git hooks.

If you’ve never heard of hooks, they are scripts that Git runs when certain actions happen. For example, a pre-commit hook runs every time you execute git commit, before the commit itself is created. We can invoke Prettier from a pre-commit hook to format all our staged files and ensure that everything we commit to our repo is properly formatted.

While we could write that hook by hand (take a look at your .git/hooks folder to check out some examples), there are two npm modules that help us with the process, husky and lint-staged, and they integrate perfectly fine with Create React App.

Then we’ll add the following sections to the end of the package.json file in our app:

Now every time we commit, we’ll see husky invoke lint-staged, which will, in turn, invoke prettier on all the files we’re about to commit.

If we are working on a complex app with many components and different states for each component, every time we make a change we have to reload the whole app and interact with it until we get it to the desired state.

A different way of working is to use tools such as Storybook and Styleguidist, which allow us to develop each component in isolation.

I’m particularly fond of Storybook, because integrating it with Create React App is such a breeze: 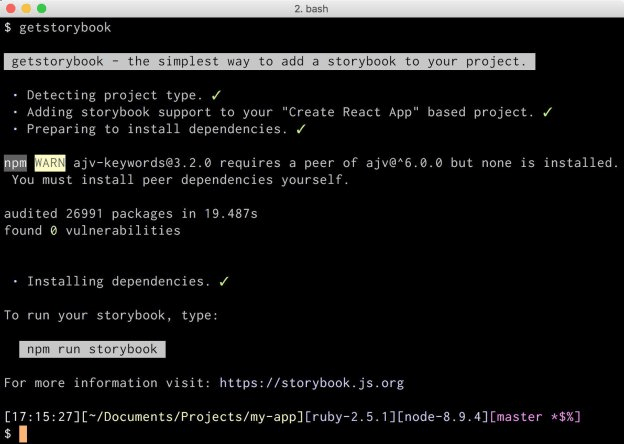 After the wizard finishes doing its job, we just need to run npm run storybook and start writing stories for our components in the stories/ folder that the wizard created.

We can add a new story for our Header component like this:

This will create a new section named Header in our storybook: 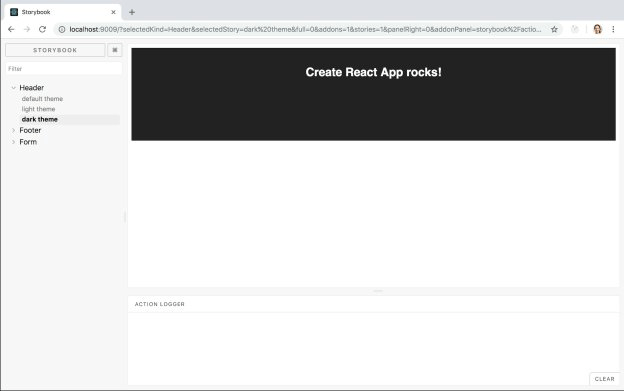 Then we can continue developing it from there!

The only requirements for your app to be considered a PWA are:

3.    It must register a ServiceWorker

You’re probably already serving your app over HTTPS, so the only things left to do are the manifest and the ServiceWorker.

Luckily, Create React App already generates a manifest for us, located at public/manifest.json. You’ll just need to tweak its values.

It also generates a ServiceWorker, but doesn’t register it by default for reasons outlined in their User Guide. After reading that section and understanding their reasoning, if you want to go ahead, open src/index.js and look for the following:

// If you want your app to work offline and load faster, you can change
// unregister() to register() below. Note this comes with some pitfalls.
// Learn more about service workers: http://bit.ly/CRA-PWA
serviceWorker.unregister();

Code splitting is a feature of modern JavaScript bundlers that allows you to split your app into smaller chunks that can then be loaded on demand.

Create React App v2 supports code splitting via dynamic import()statements. That is, if it encounters a call to import('./someModule')when building your app, it will create a new chunk for someModule and all its dependencies, totally separate from your entry bundle.

Let’s see that with an example. Imagine we have a complex form that is only displayed when the user clicks a button. We can use code splitting to avoid downloading, parsing, and executing all that code on page load, and instead wait to load the form until the user clicks said button.

And here’s our app using dynamic import() to load the form on demand:

It’s only when the user clicks the button that we incur in the cost of loading Form. Once the import() promise resolves, we call setState and force a re-render of the app with the loaded component.

If you look closely at the network requests being made, you’ll notice two new chunks (0.chunk.js and 1.chunk.js) being requested after we click the button. They contain Form and its dependencies formik and yup, so we managed to avoid downloading all that code on initial page load, making our app feel faster!

Create React App is a wonderful tool that makes it very easy to get started with React. It also contains a ton of features, so it pays to read its documentation in order to get all its benefits.

For more info on building apps with React:  Check out our All Things React page that has a wide range of info and pointers to React information – from hot topics and up-to-date info to how to get started and creating a compelling UI.
JavaScript, react