Up until now, the report definitions had to embed any additional files, e.g., images, that are used in a report. Now, the Report Server storage can preserve all additional assets so that these can be shared among reports. The storage and reference of these assets is available in the Web-based report designer, part of the reports administration web app. This designer now has a dedicated tool for easy storage and management of additional report assets like:

The report author can upload and select new assets organized in folders for easy navigation and retrieval. Once uploaded, an asset may be reused in the same or another report definition. Each asset may be referenced from the corresponding property editor of the target property.

Alternatively, all the CRUD operations that can be accomplished using the UI are exposed in the ReportServer.HttpClient tool as well. This enables developers to manage the set of resources available for report authoring, providing an even better experience to the end user. 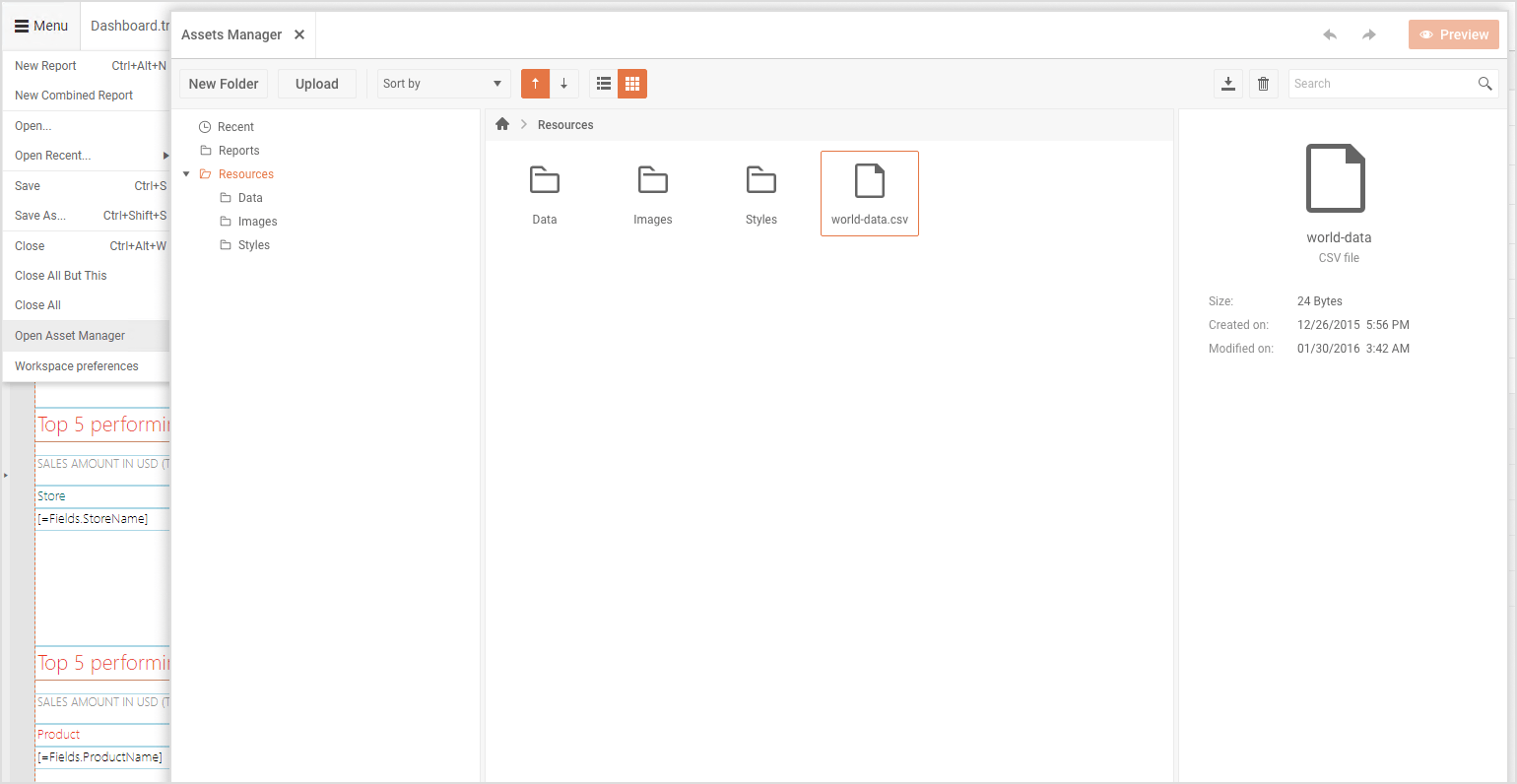 The Report Designer that is part of the reports administration web app now supports the creation and editing of Report books, which represent multiple reports combined into one document. Once a Report book gets loaded in the designer, a dedicated design surface allows intuitive addition, reordering and removal of the reports that constitute the report book. You can also choose a report definition to be used as a ToC (Table of Contents) template for the report book and if it should be generated at the beginning or at the end of the book. 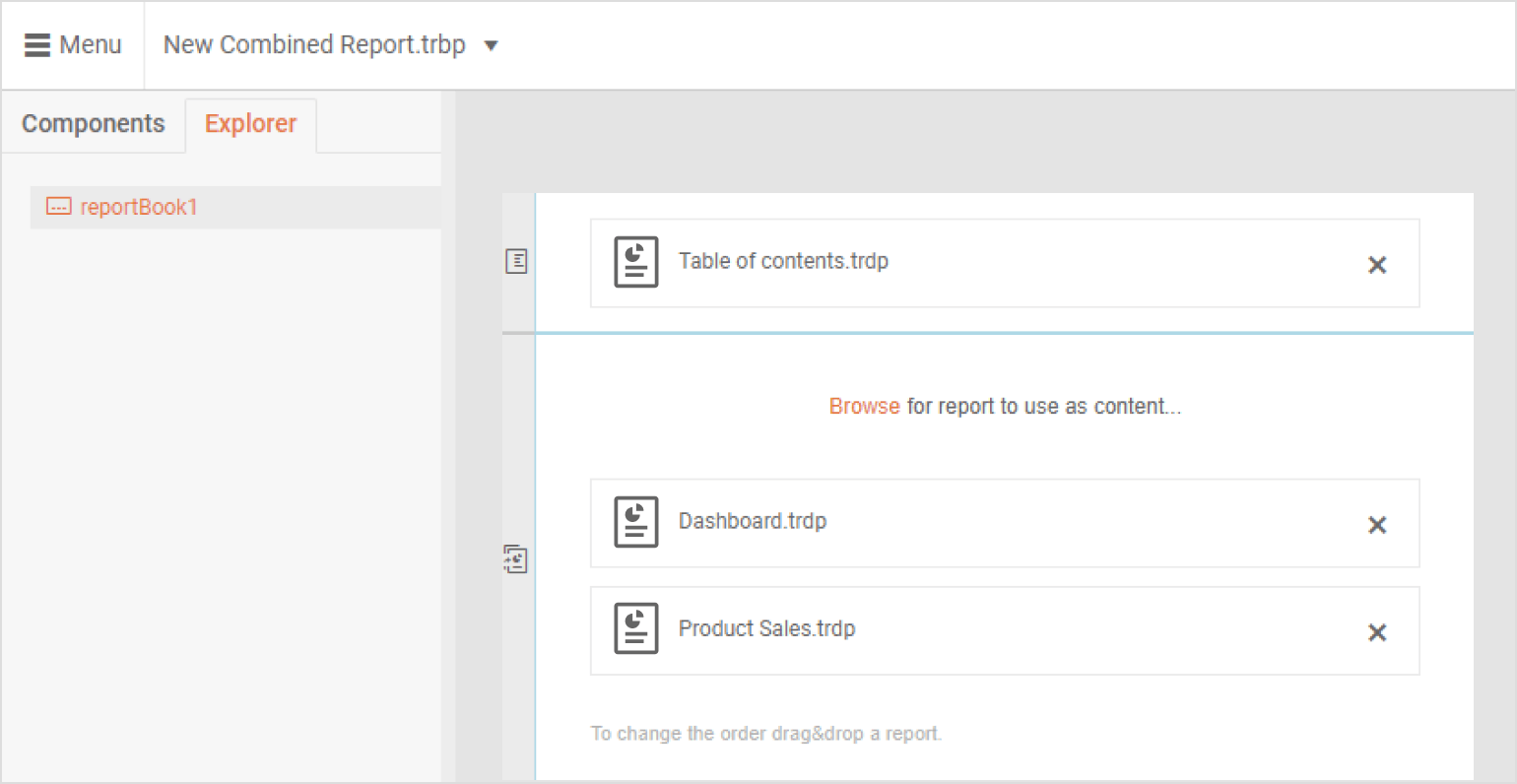 The move and resize operations on the design surface often target aligning items evenly, like for example one next to another or to the left. These adjustments are much easier when the design surface snaps the target items to each other and displays corresponding visual cues so that the author understands the result. That is what the Web Report Designer now does, and it does it well. 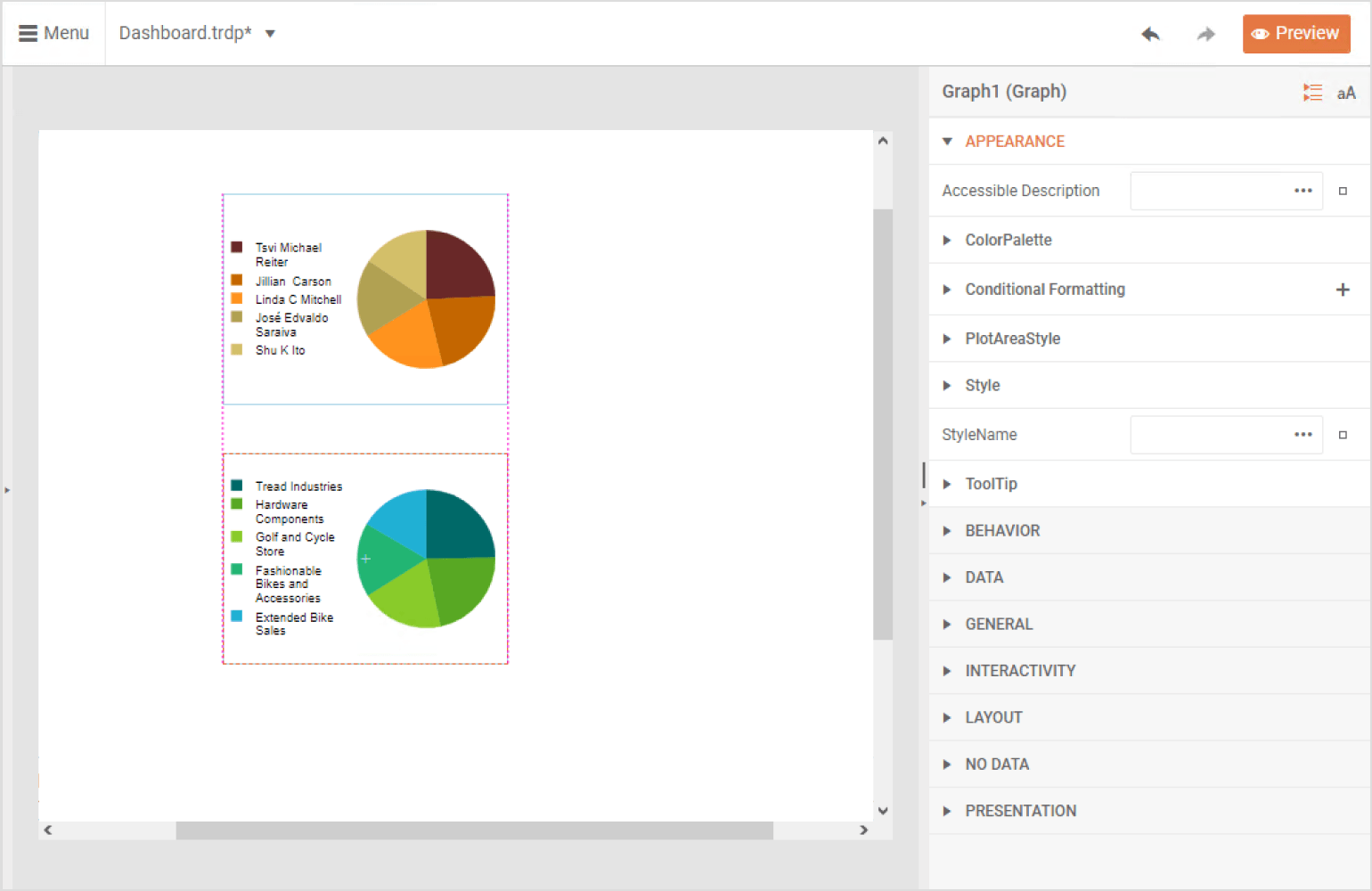 See Report Server in action and learn what it can do out of the box.