5 Answers 220 Views
Grid
This is a migrated thread and some comments may be shown as answers.

Users will expand/collapse and collapse the structure, but will also modify the data in the grid. When the data is modified, the RadGrid needs to rebind.

is set or not.

What I want is for the grid to maintain its expanded/collapsed state after rebinding, otherwise the user has to expand collapse the grid again to navigate back to node they were editing before the ReBind() was called.

Is there any way to preserve the state, short of rolling my own code?

Here is a code library which explains how to retain the expanded state of the Grid on rebind. Go through it and see whether it helps.
Retain expanded/selected state in hierarchy on rebind

You can take a look at this code Library on Retain expanded/selected state in hierarchy on rebind. 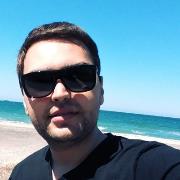 You can also use the following recently introduced property: