Today is a great day for Visual Studio 2012 as well as the official launch day of Microsoft Visual Studio 2012 Express – a free light version of Visual Studio 2012. We are delighted to announce that RadControls for WinForms suite works flawlessly with the latest member of the product family as well. Here is what our VS 2012 support provides out-of-the-box: 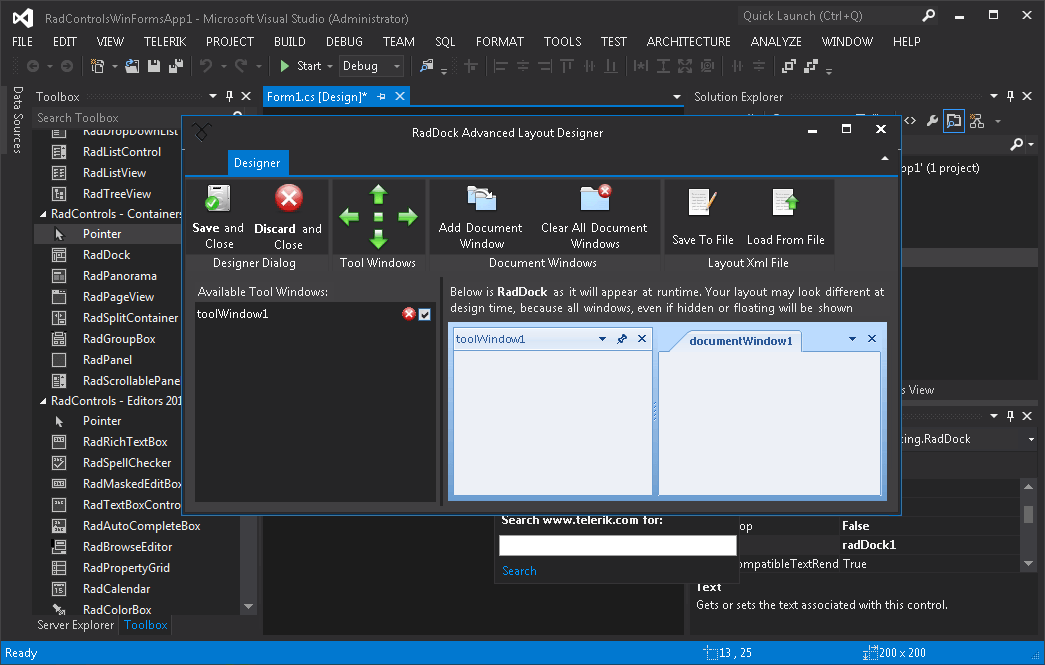 Get RadControls for WinForms Q2 2012 SP2 now and create the next killer modern app today.