Last week at //build conference, Microsoft announced what the .NET world has long anticipated - Universal Windows Platform across devices: a new paradigm allowing developers to write code once and deploy on multiple Windows platforms with just small tweaks on the user interface.

While the community was getting excited by the news, our Windows Phone and Windows 8 developer teams were working on crafting a new Universal Windows Chart control that runs both on Windows Phone 8.1 and Windows 8.1. In other words – you will be using the same control across your new Universal Apps. The Universal Chart is still in active development but we’ll be happy to share the bits with the community. If you are interested to test the prototype, send an email to universalwindows [at] telerik [dot] com.

Which Components Do You Want to See Next?

Additionally, we’re in the process of identifying which controls from the existing Windows Phone and Windows 8 suites make sense as Universal Controls. Help us out by providing feedback in the Universal Windows Apps threads in our Windows 8 or Windows Phone forums.

To sum up, here is a little preview of our Universal Windows Chart component, running on both Windows Phone 8.1 and Windows 8.1 emulators. 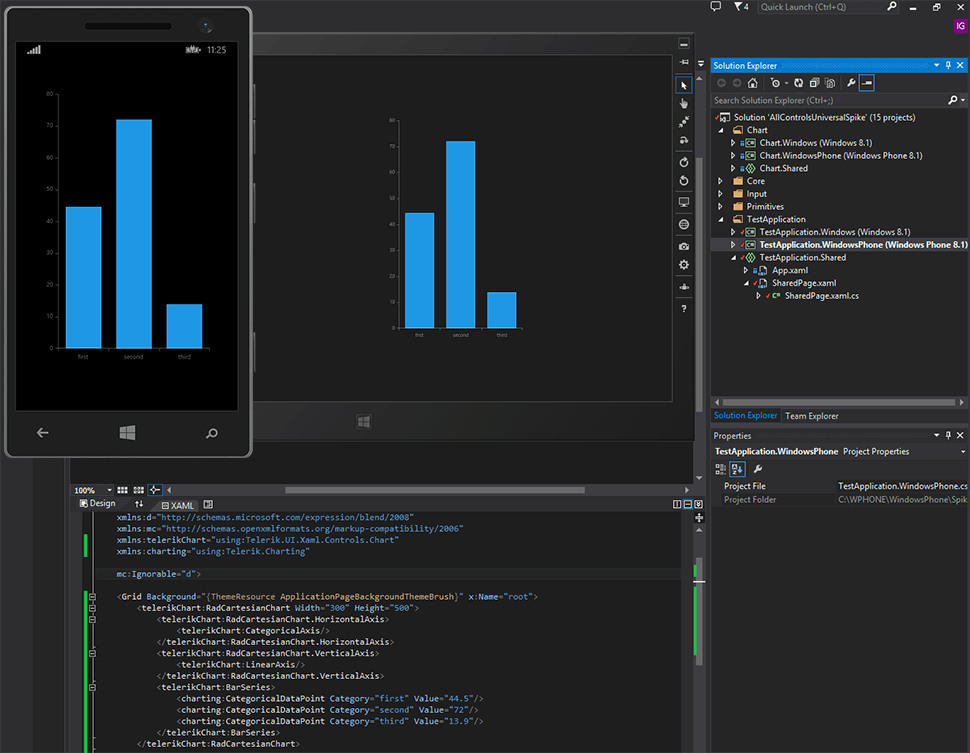