Sands of MAUI is a humble attempt to collect all the .NET MAUI awesomeness in one place. Here's what is noteworthy for the week of August 8, 2022:

.NET Conf is the defacto event for .NET announcements every year, with each November aligning with major .NET releases. However, there is plenty of excitement in the .NET ecosystem and by community demand, .NET Conf now hosts several Focus events throughout the year, deep diving into specific .NET technology stacks each time. And few things are as future-facing in .NET as .NET MAUI—which makes .NET Conf Focus on MAUI the thing for .NET developers to look forward to.

.NET Conf Focus on MAUI would be a one day free livestream event on August 9, 2022, bringing together folks who are most passionate about .NET MAUI. With speakers from Microsoft and developer community worldwide, .NET Conf Focus on MAUI will touch upon just about every aspect of .NET MAUI development stack—from getting started, C# 11, Design, DevOps, Blazor integration, code reuse and a lot more.

For developers with any iota of interest in .NET MAUI, August 9th should a no brainer—drop everything else and tune in for the most fun with .NET MAUI. 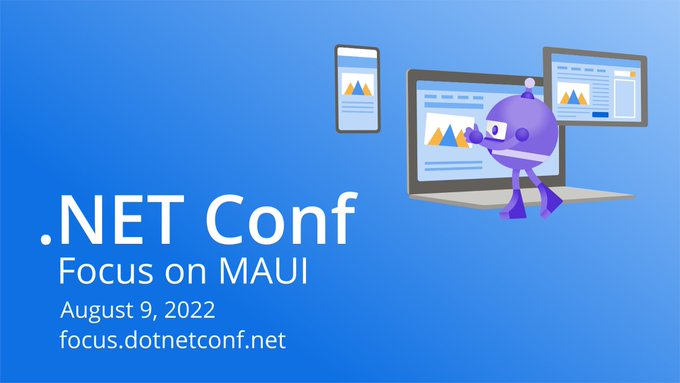 Over time, APIs started targeting just .NET and it was prudent to make the split to benefit the general .NET developer audience. All the available APIs in .NET Community Toolkit have no dependencies on any specific runtime or framework, so they can be used by all .NET developers. These libraries multi-target from .NET Standard 2.0 to .NET 6, so they can both support as many platforms as possible and be optimized for best performance when used on newer runtimes.

While the Toolkit has several libraries, the CommunityToolkit.Mvvm one is the new Microsoft MVVM Toolkit—this is a big deal for any .NET developer using the Model-View-ViewModel (MVVM) design pattern. The Microsoft MVVM Toolkit is inspired by MvvmLight—now a a modern, fast, platform agnostic and modular MVVM library, particularly well suited for .NET MAUI. With built-in source generators and RelayCommand/ObservableProperty/NotifyPropertyChangedFor attributes, the Microsoft MVVM Toolkit really cuts down on the amount of boilerplate MVVM code developers have to write.

There is also a new MVVM Toolkit Sample App, with docs and interactive samples for many available APIs. The .NET Community Toolkit is open sourced—maintained and published by Microsoft, and part of the .NET Foundation. The goal is simple: Make .NET developers more productive. Cheers to that. 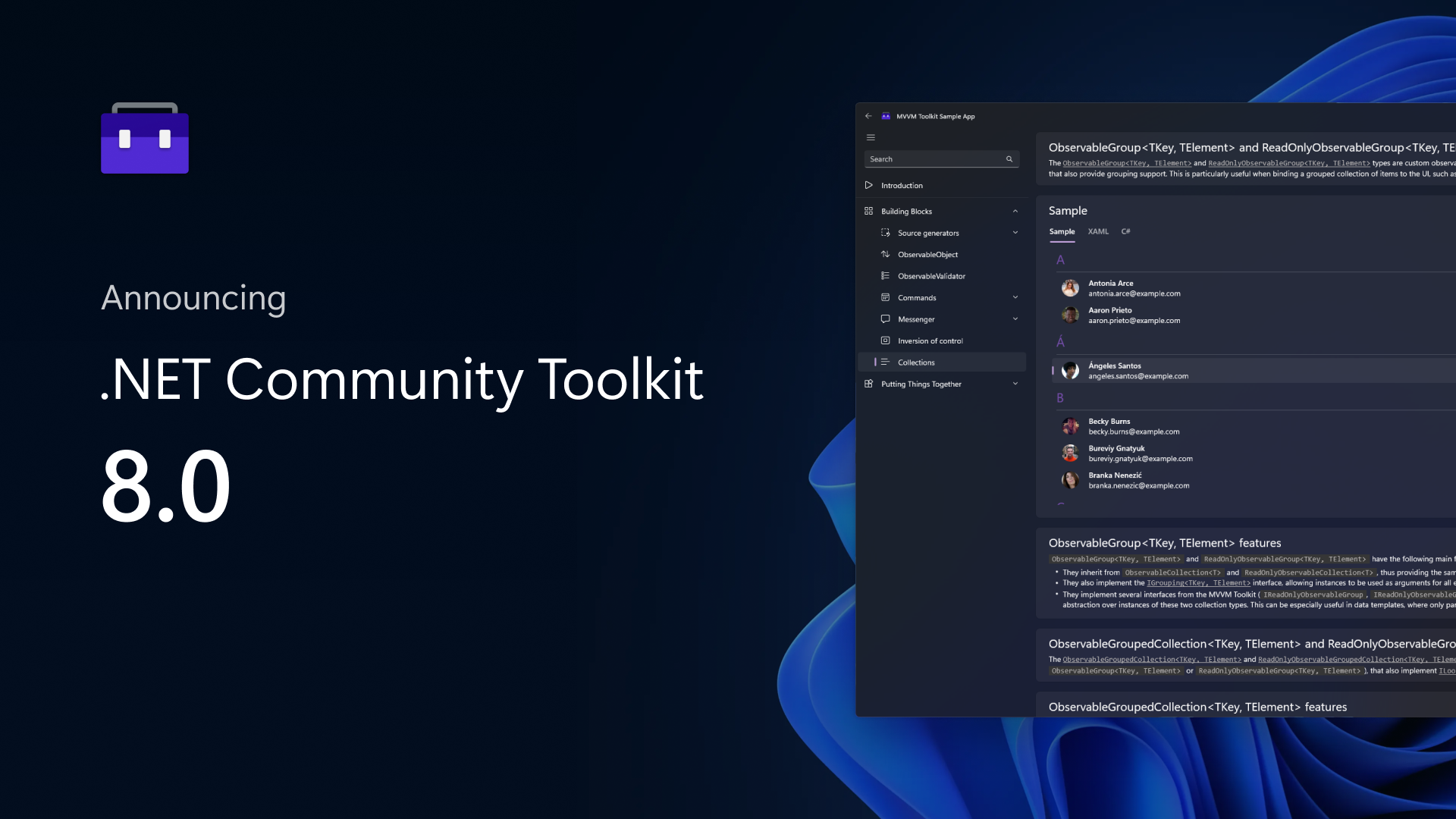 Once .NET MAUI apps are shipped, developers should not be in the dark as to how users are using the UI or if how the app is behaving—logging details can help. Logging is the age old way of explicitly writing out events, either within app lifecycle or triggered by user actions, that app developers can later dig through for context. Thankfully, client-side logging in .NET MAUI is easy with MetroLog.Maui and Gerald Versluis produced a wonderful video to get developers started.

MetroLog as a logging solution has been around for a while for other platforms, but it now caters to .NET 6 and .NET MAUI. Gerald starts out with the basics of client-side logging and how to integrate MetroLog.Maui into .NET MAUI apps with the NuGet package. A little bit of initialization and dependency injection later, developers should be ready to log system events or custom messages based on user interactions—to be written out to console, local files, in memory or to cloud backend integrations.

What is really sweet is Gerald showing off a key feature built into MetroLog.Maui—the ability for users to shake their device to display captured logs and easily share out log content for getting support. Gerald wraps up with some real world tips for using logging in .NET MAUI apps—bottom line, developers should have full visibility about running apps and never be in the dark, thanks to logging. 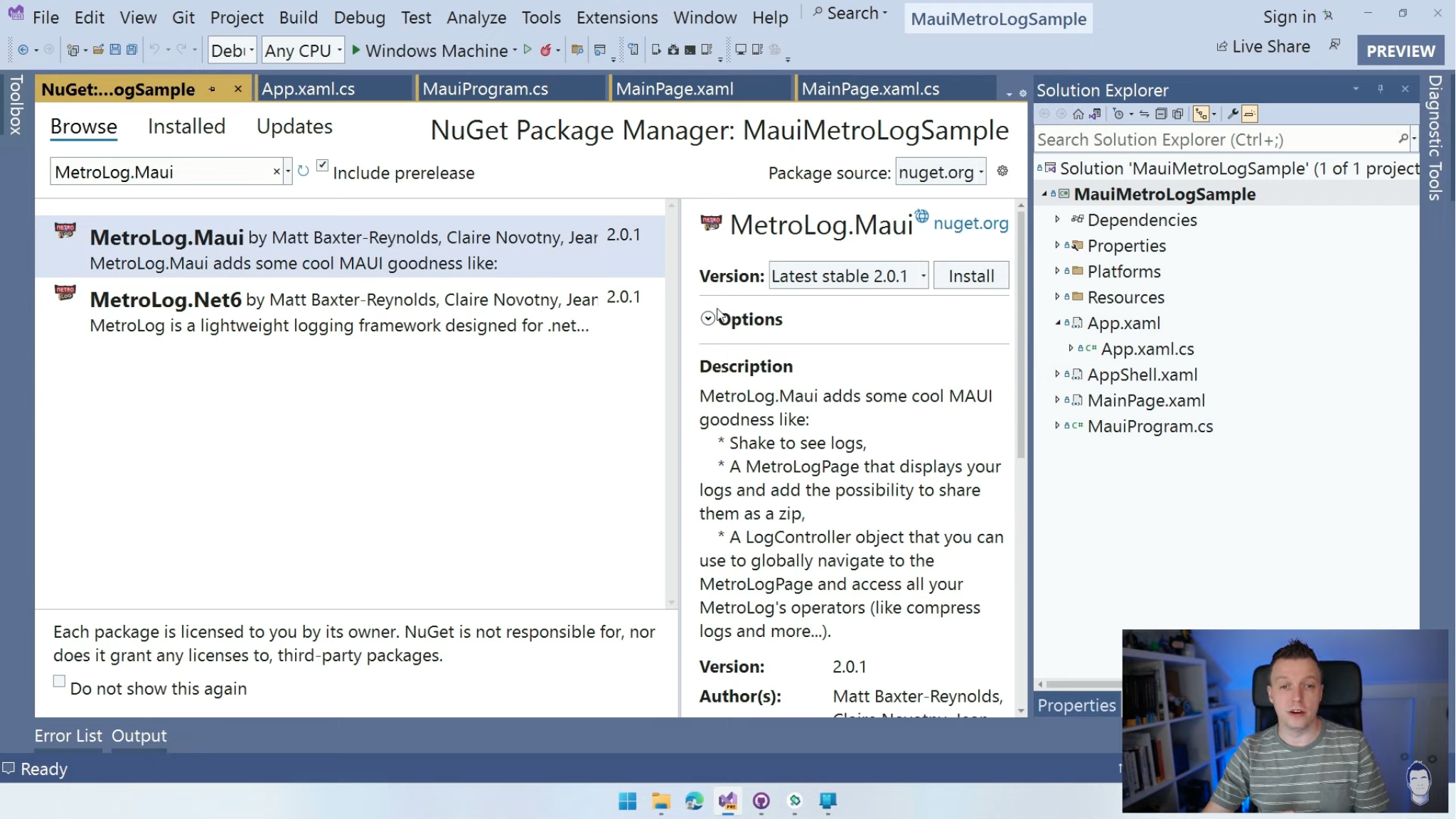 .NET MAUI is the .NET cross-platform story going forward and it may be enticing new developers to take the plunge. If building apps with C#/XAML, a key concept for developers to understand is Data Binding—the magic glue that holds the connection between the UI and data objects in code.

Leomaris Reyes wrote a wonderful article on basics of Data Binding in XAML, serving as a good introduction for newbies or refresher for seasoned .NET developers as well.

Data Binding is a core ingredient in MVVM design pattern that is particularly well suited for C#/XAML codebases, serving the likes of Xamarin.Forms and now .NET MAUI. Leomaris starts with the basics of how to dynamically link the UI presented to the user, and the Model/ViewModel behind the scenes—simple data binding syntax can bind UI element properties to data objects.

Starting with a ViewModel of a collection of students and their details, Leomaris is able to bind a CollectionView with appropriate templates that display the data faithfully. The real power of Data Binding and keeping a clean codebase comes from two key features—Two-way Data Binding and Commands that keep actionable code away from UI.

Writing a .NET MAUI app is half the battle—the rest is testing and shipping the app, which is particularly tricky for cross-platform apps. Some apps are destined for the Store, but they should ideally be tested beforehand by real users—and some enterprise apps are meant to be used directly by end users. Either way, what is called for is a nice distribution mechanism for getting apps in users' hands.

Firebase, from Google, promises to help and Andreas Nesheim wrote up a wonderful article on how to distribute .NET MAUI apps with Firebase.

Even though the process is not particular to .NET MAUI, but rather for any IPA (iOS) or APK (Android) app packages, it is nice that Andreas begins from the basics for those uninitiated with Firebase. The workflow begins with creating an iOA/Android app in the Firebase console, with ApplicationId matching what is set in the .NET MAUI app. If app distribution is desired as a part of a CI/CD system, developers would need to create a Refresh Token in Firebase.

Andreas demonstrates how to hook up app distribution using Azure DevOps pipeline—the Firebase CLI helps with appropriate commands for iOS/Android. Bottom line, Firebase can be a legitimate solution for .NET MAUI app distribution and there is help for developers to get going. 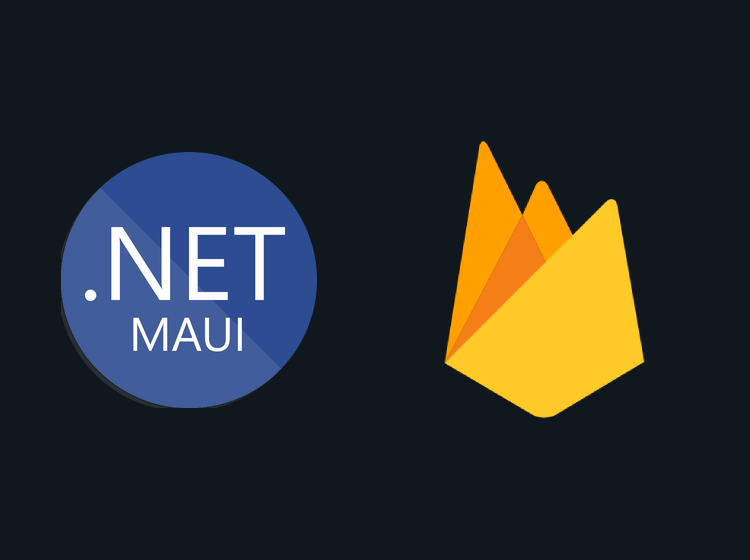