Sands of MAUI is a humble attempt to collect all the .NET MAUI awesomeness in one place. Here's what is noteworthy for the week of October 3, 2022:

DevReach 2022 happened in Boston recently as a part of Progress 360—a polyglot developer conference, bringing together passionate speakers/attendees from all around. There was no dearth of .NET MAUI love and Sweekriti Satpathy did an awesome session on how to move apps/libraries from Xamarin.Forms world over to .NET MAUI.

Sweeky started off laying the foundation with .NET MAUI and busting some myths developers may have about around state of the ecosystem. With Xamarin support stretching till May 2024, there may not be a huge rush to migrate, but developers should start thinking now and take note of where things stand in their code base.

Sweeky talked about the differences between Xamarin.Forms and .NET MAUI projects, and how to tackle tricky NuGet/API dependencies or complex custom renderers. Sweeky showed off several real-world examples of migrating apps over to .NET MAUI using the .NET Upgrade Assistant and listed out many tips/tricks. Bottom line, there is help and guidance, as long as developers don't forget to breathe. 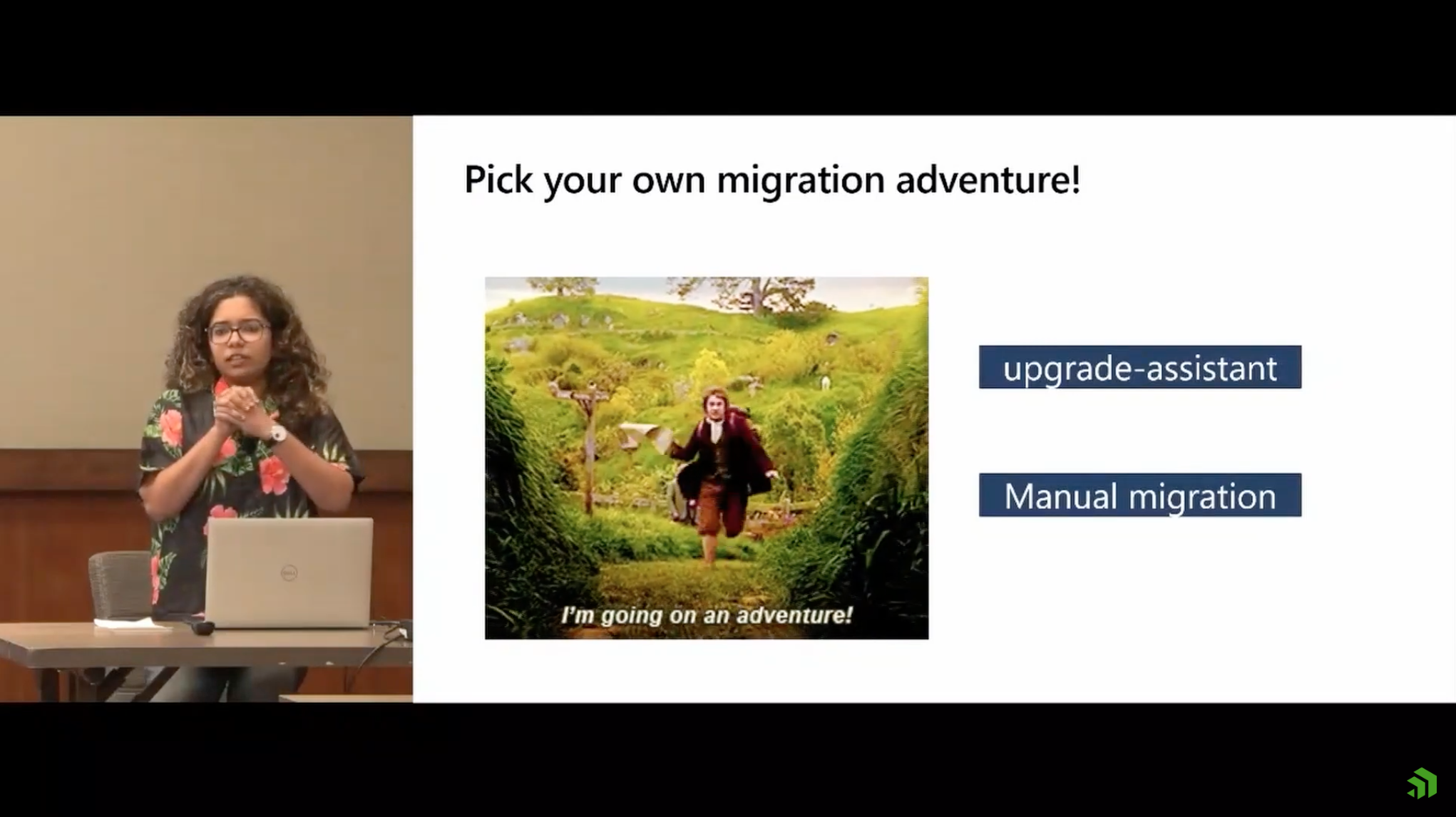 For mobile developers, managing user permissions for device APIs is not always fun and the differences in how platforms like iOS/Android/Windows implement permissions adds to the complexities. Thankfully, .NET MAUI tries to help with in-built cross-platform abstractions and James Montemagno produced a wonderful video on how developers can check/request permissions in .NET MAUI.

James started off with an overview of how permissions work across platforms, before diving into how .NET MAUI supports a cross-platform API for developers. Then it was time to see some code and James dived into how to check/request user permissions for geolocation—.NET MAUI really shines in providing an abstraction and letting iOS/Android do things their way.

James then talked about how to extend base platform permissions and create custom ones—the example being specific bluetooth permissions for Android device versions. Developers need to have an understanding of how user/device permissions are handled across platforms, but thankfully there is help from .NET MAUI with cross-platform API abstractions. 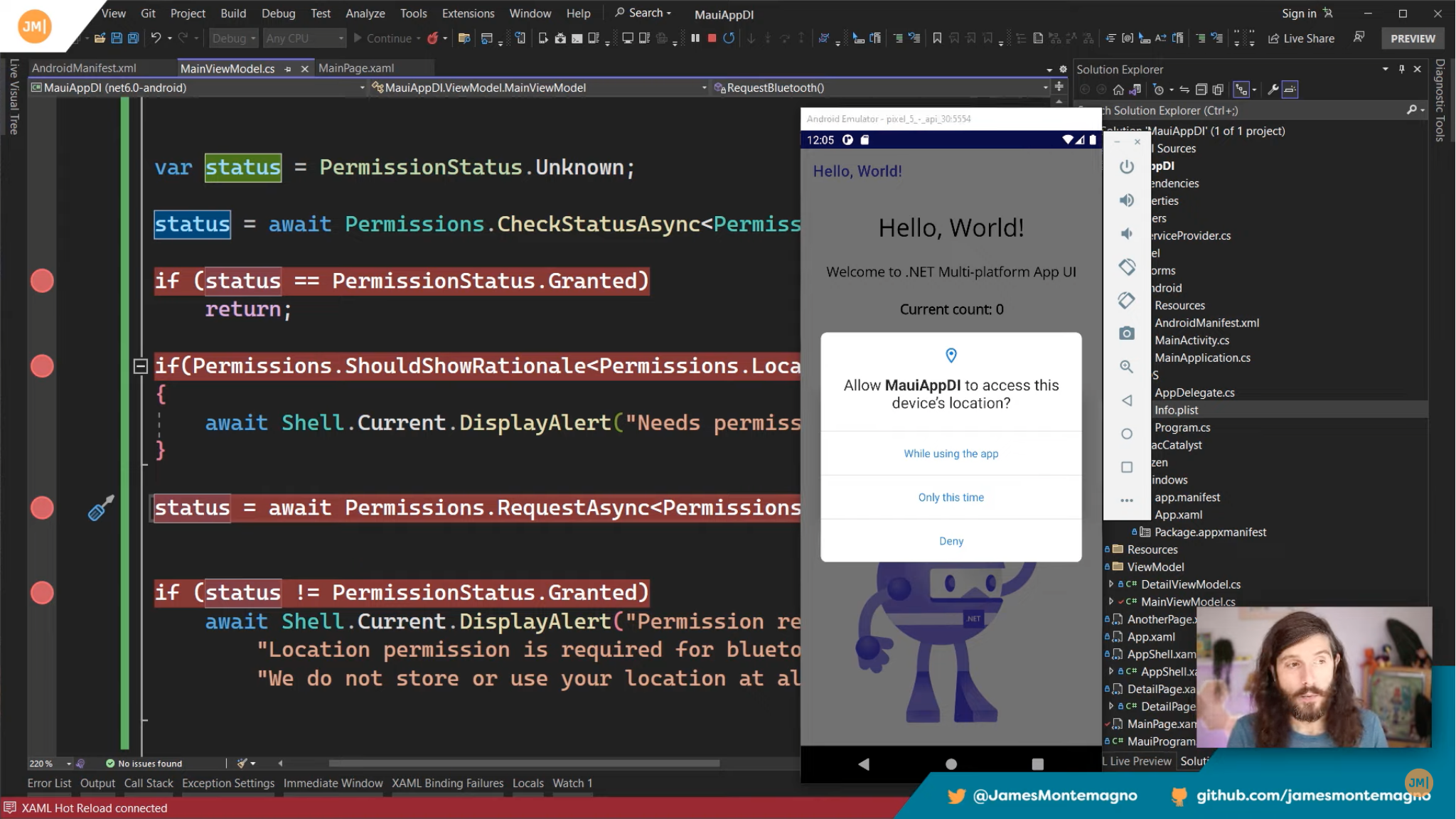 Microsoft.Maui.Graphics is a cross-platform graphics library exuding in pixel-perfect drawn controls, while supporting Cupertino, Fluent and Material themes. And Figma is the de-facto modern tool used by designers—a collaborative web/desktop app for UI/UX design. Wouldn't it be nice if designs made in Figma could be somehow brought over to .NET MAUI land for cross-platform mobile/desktop apps? Javier Suárez shows us the possibilities and produced a video on turning Figma designs into .NET MAUI Graphics code.

.NET MAUI provides a cross-platform graphics canvas on which 2D graphics can be drawn using types from the Microsoft.Maui.Graphics namespace. This canvas supports drawing and painting shapes/images and graphical object compositions/transforms. Javier is able to take Figma screen designs and recreate them on a canvas with .NET MAUI Graphics—embeddable inside .NET MAUI pages/views.

While early days, the potential is huge to give .NET MAUI developers a way to bridge the gap with designers and bring polished design ideas into cross-platform mobile/desktop apps. Cheers Javier for the pioneering work on this front. 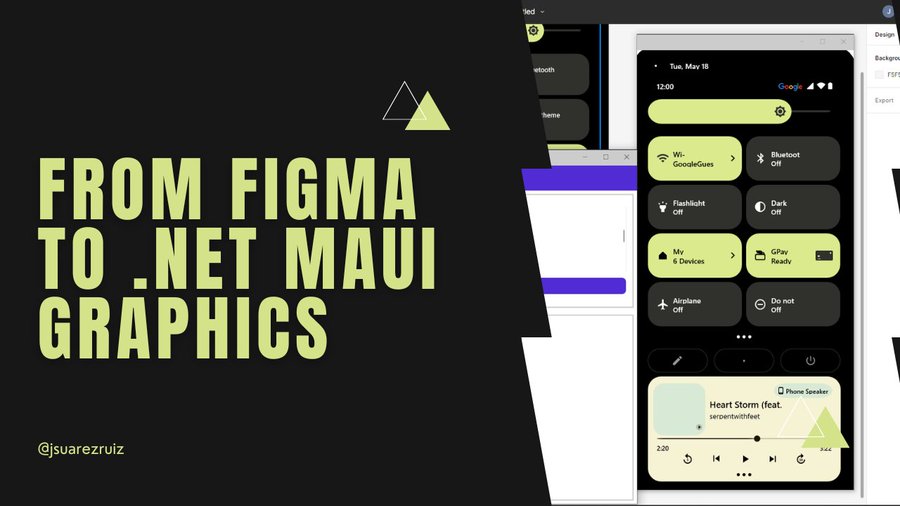 Visual Studio App Center is a collection of several common mobile development and cloud integration services, such as CI/CD, automated UI testing and app distribution. App Center has been popular amongst Xamarin developers, but has not had support for .NET MAUI until now. That might be due for a change, as Gerald Versluis pointed out a Microsoft.AppCenter 5.0.0 Preview 1 package, slated to work with .NET MAUI.

While App Center made lives easy for Xamarin/native developers, there has been no news on this front for .NET MAUI cross-platform apps. App Center folks taking steps to bring all the goodness back for .NET MAUI developers, is healthy development indeed—let there be more visibility for apps.

.NET 7 is coming up soon in Nov 2022 and the latest Visual Studio for Mac release includes improved support for .NET 7, including .NET MAUI apps built with .NET 7. Developers can now archive or publish .NET MAUI apps, bind to native iOS libraries, and edit project properties for .NET MAUI apps—all from within the comforts of VS for Mac 17.4. The latest VS for Mac release also includes a plethora of features—single click Debugging Restart, Shell improvements and Editor updates. Developers have all the productivity needed to build .NET MAUI apps on Visual Studio for Mac—let's go change the world. 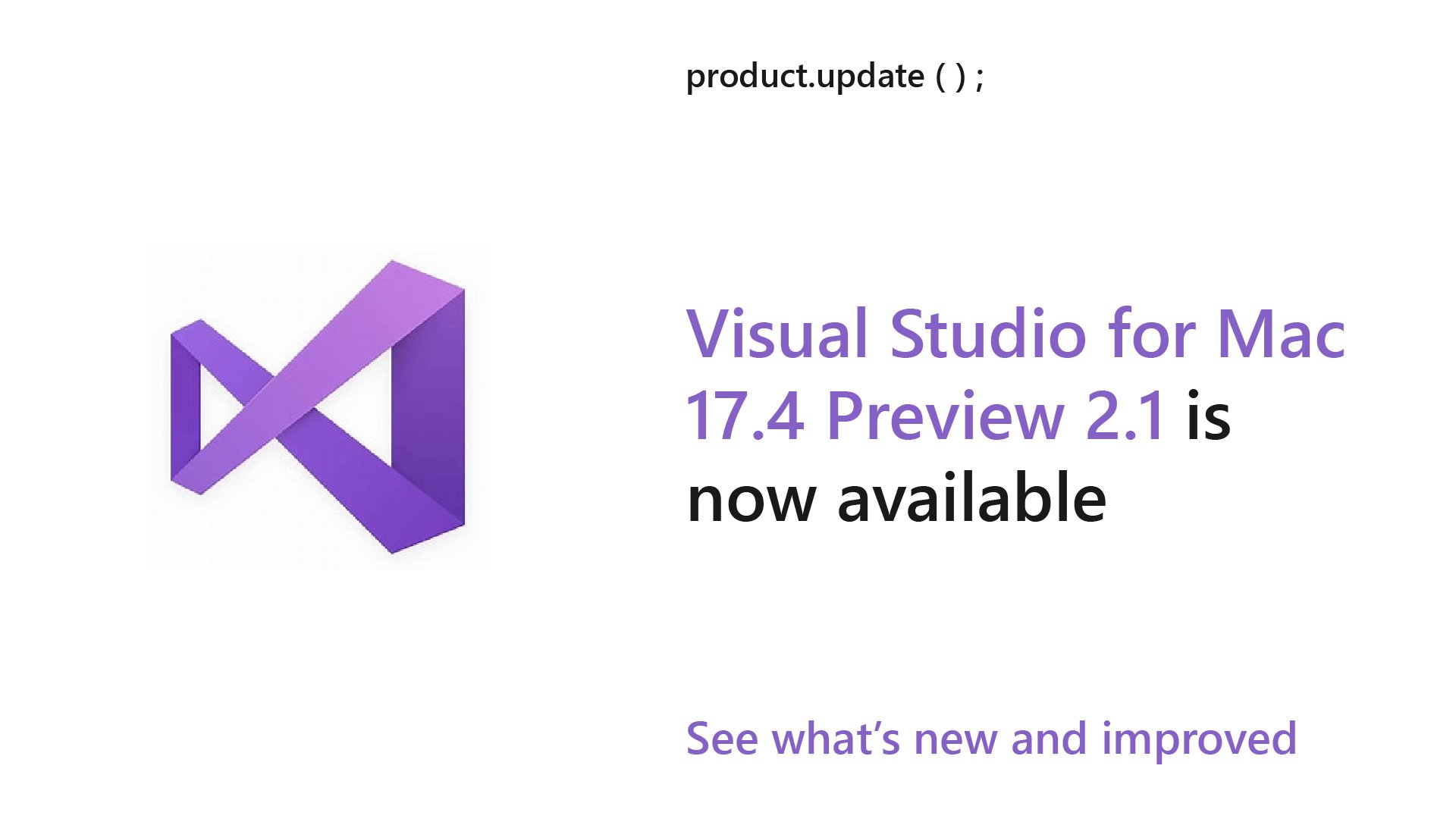