Sands of MAUI is a humble attempt to collect all the .NET MAUI awesomeness in one place. Here's what is noteworthy for the week of August 30, 2021:

.NET MAUI is the next generation cross-platform framework for .NET developers to target iOS, Android, Windows and MacOS—there are lots of moving pieces that make up the technology stacks.

The developer experience in .NET MAUI comes down to collaboration from lots of different teams at Microsoft—.NET team, .NET MAUI team, XAML tooling team and Visual Studio engineering. It is crunch time for .NET 6 and .NET MAUI ahead of RC releases. And as a senior developer on VS UI team pointed out, things are coming together rather nicely. 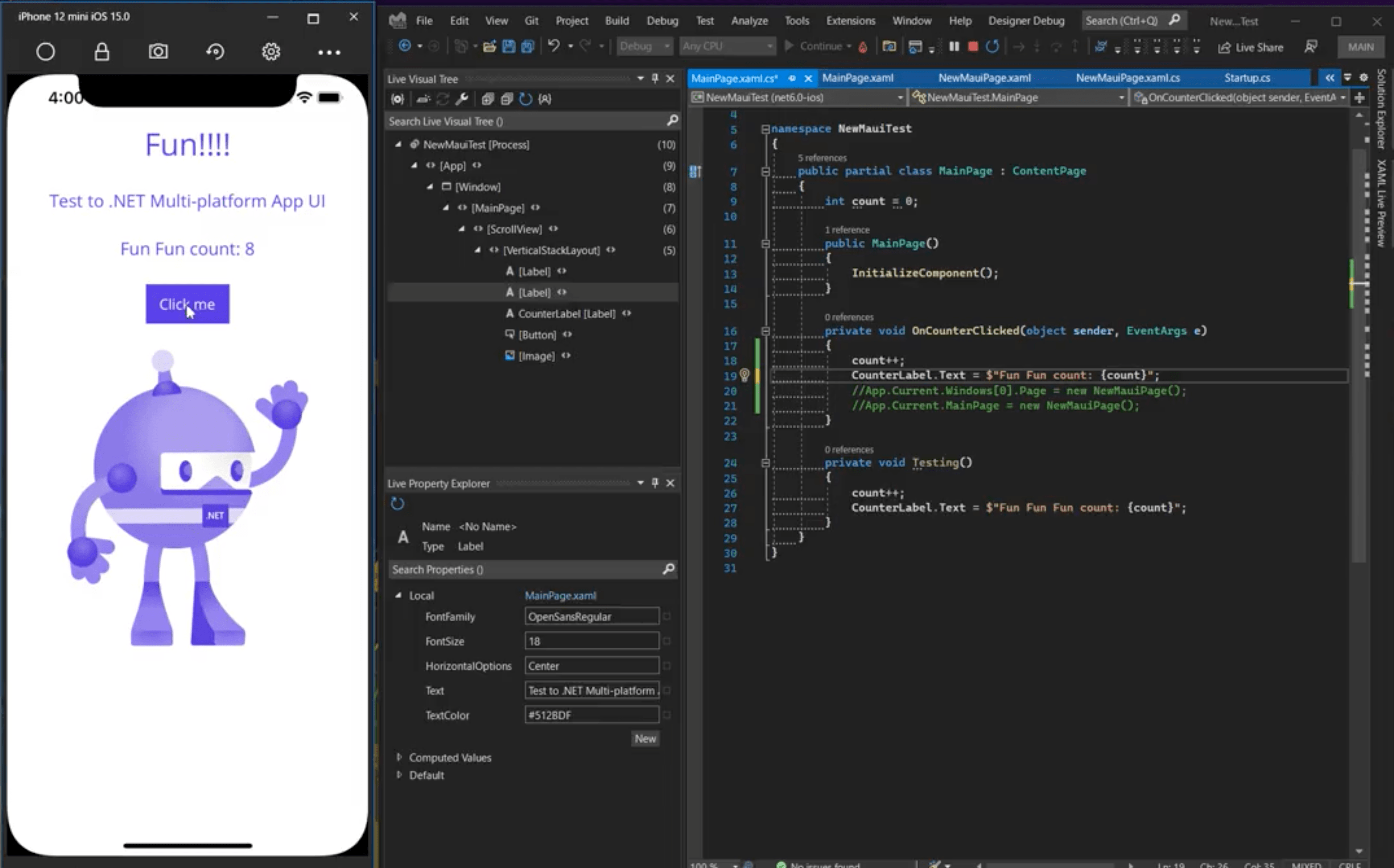 This might be an oldie, but goldie. Back in early August, Maddy Leger and David Ortinau hosted the .NET MAUI Community Standup—and had special guest Sweekriti Satpathy. Sweeky, known for her DevOps chops, turned to covering something that is on the minds of many developers—migration of Xamarin.Forms apps to .NET MAUI.

While things are in the works, one can see Sweeky utilize the .NET Upgrade Assistant as a first step of the migration—this is what the future will look like. Wave the Upgrade Assistant magic wand to move over most things and fix up what is left by hand, as we migrate apps to .NET MAUI. 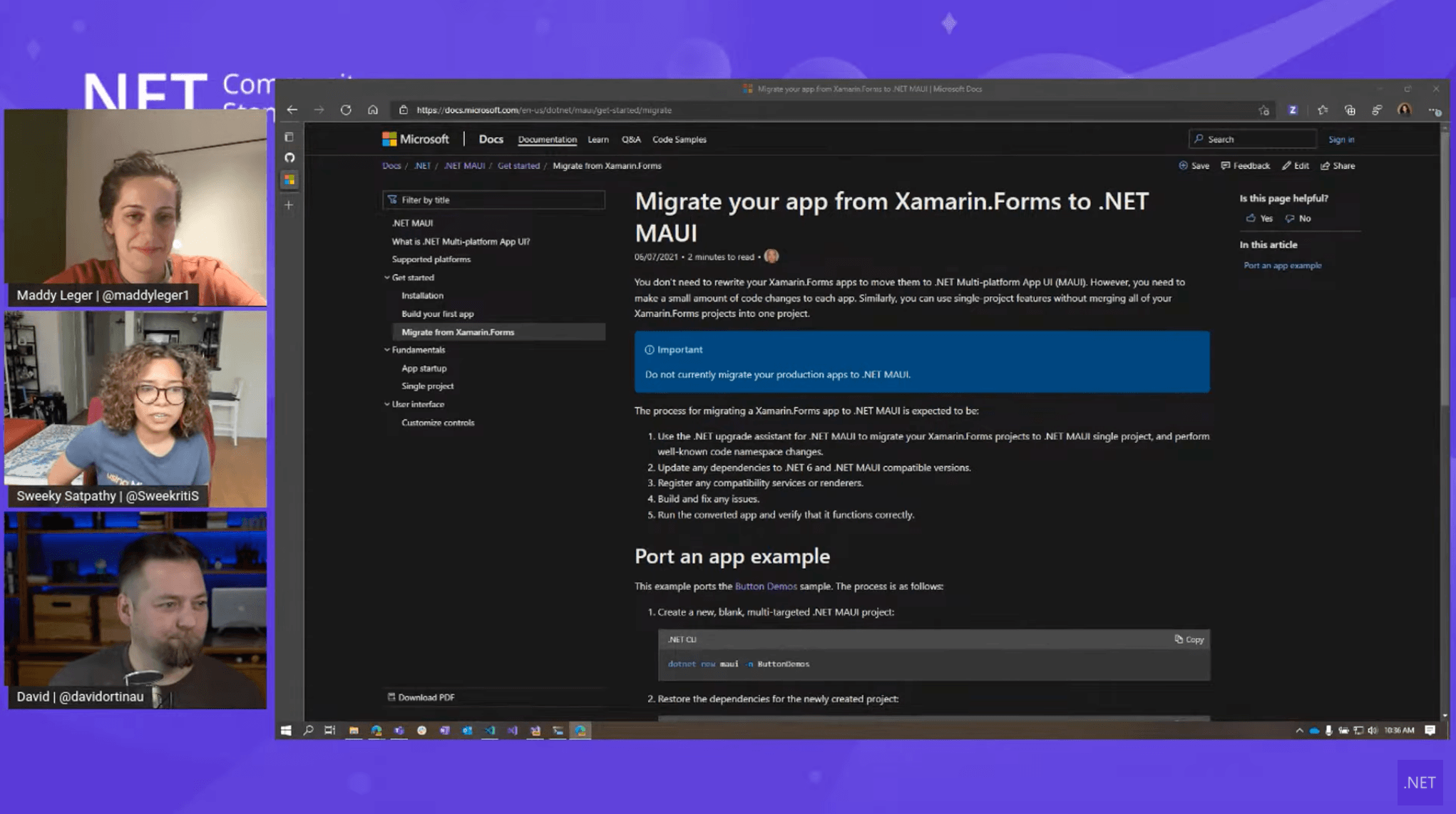 Most Xamarin.Forms developers are used to the idea of Behaviors—the little pieces of UI functionality that you attach/detach from UI components without changing their fundamentals. If you have written custom Behaviors in your Xamarin.Forms apps, how do they move forward to .NET MAUI? 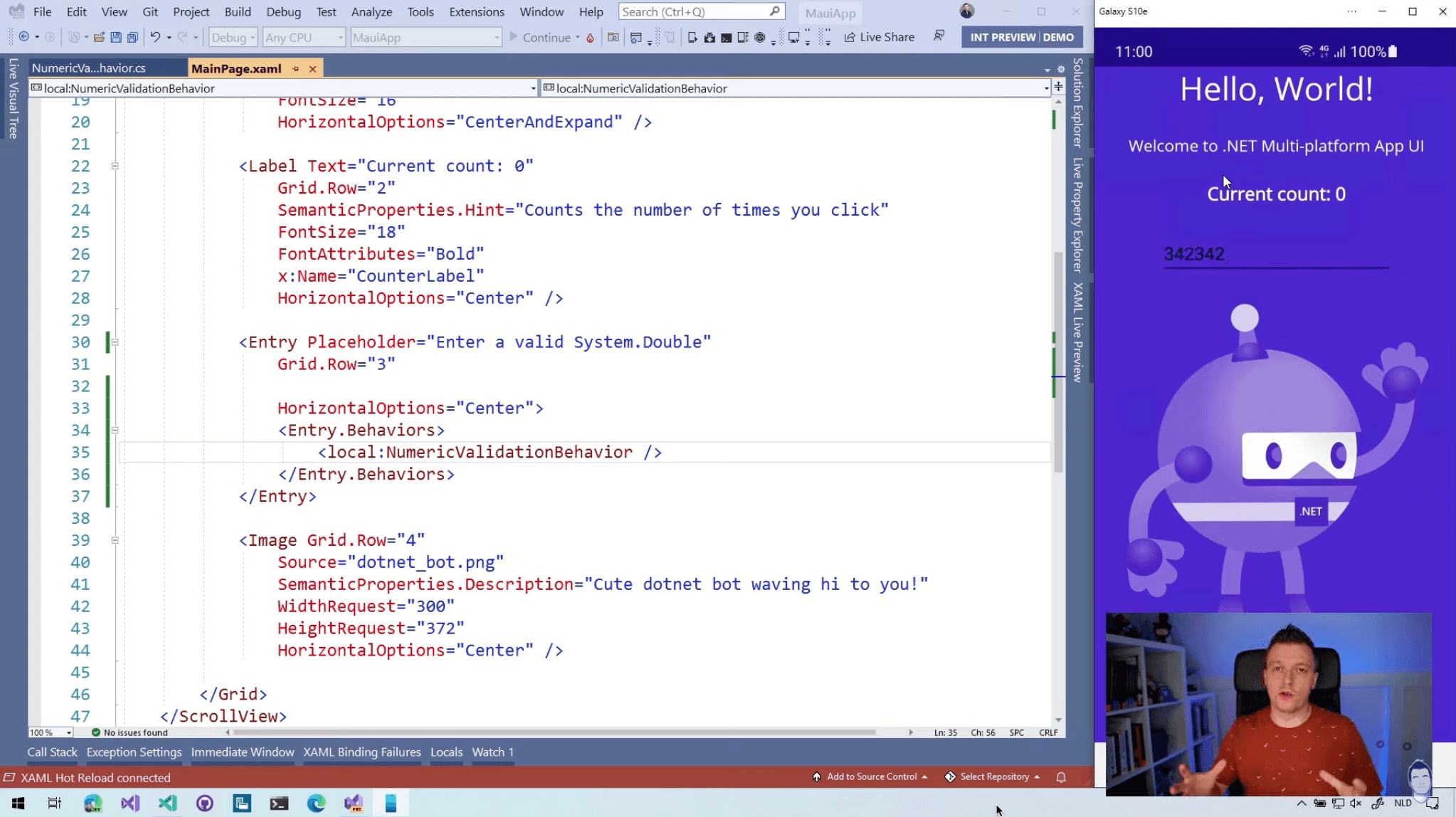 Your .NET MAUI apps will not live in silo—they would need to be backed with data and services from the backend. If you are a solo developer or working on a team that builds a robust backend for your apps, you would have to know a thing or two about building APIs. Thankfully, ASP.NET running on .NET Core has robust support for building very fast clean APIs that can serve your mobile apps. But there is still quite a bit of ceremony as you write .NET API—could we lower the barrier to entry?

That's exactly what the ASP.NET team is trying with new Minimal APIs—like it sounds, it aims to do as little as possible to get you up and running with an API quickly. There was a recent all-day CodeItLive stream with a Back To the Future theme to talk all things ASP.NET—and Khalid Abuhakmeh joined in to talk fast and scalable Minimal APIs. Khalid talked about the inspiration and technologies that drive Minimal APIs—and how the latest C# language features help pull this off. This is the way forward for .NET-based Backend services that will power .NET MAUI and all other types of client apps. 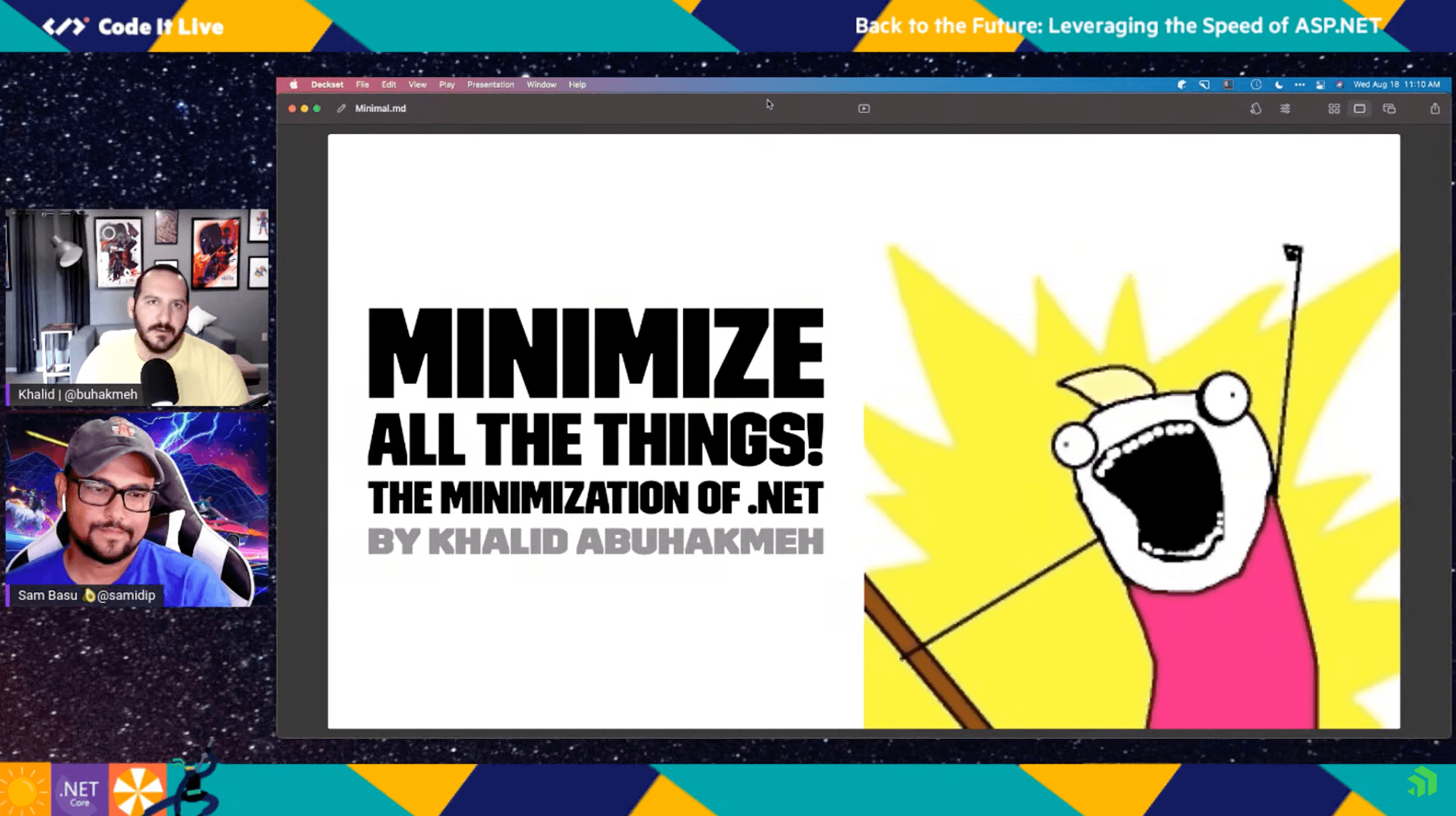 And of course, .NET MAUI Blazor Hybrid apps are here to bring Blazor goodness to Desktop apps—.NET MAUI provides the perfect bootstrapping and makes modern WebViews available, so Blazor can do its thing. The future of modern mobile/desktop apps could involve a lot of code sharing with web and Blazor on .NET 6 is getting ready to enable more developer choices.