The latest official Q2 2013 release laid the foundations of a couple of very exciting new components - ImageEditor and Cloud Synchronization Mechanism. As tradition dictates, it is about time we show you what we've been working on for the past month. The Q2 2013 Service Pack comes with a brand new ImageEditor for Windows Phone 7, 3x faster SlideView, Relations support for the Cloud Sync Mechanism and much more, so read on. 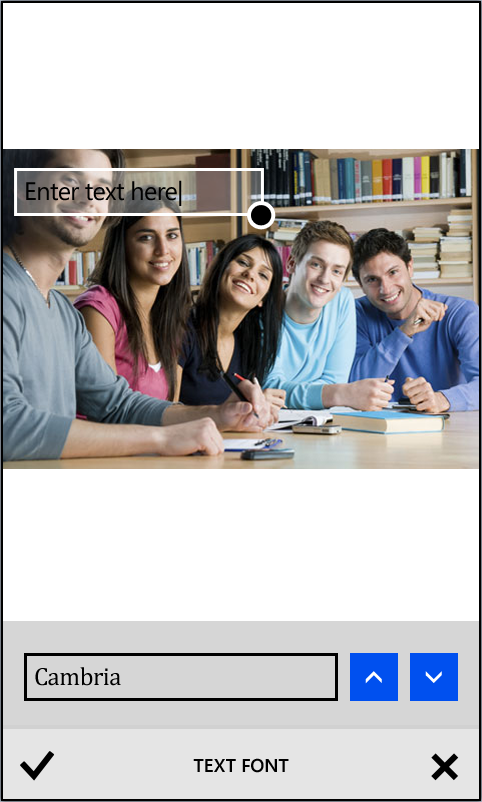 Enhanced Cloud Data Synchronization Mechanism
The Cloud Data Sync Mechanism, part of the first ever cloud-powered controls for Windows Phone, is a backend component that allows you to consume cloud objects, store them locally, work with them in both online and offline mode and be sure that they are kept in sync with their cloud counterparts. The cloud components suite is still in its infancy so there’s a lot more to come. With the Q2 2013 SP1, the Cloud Data Sync Mechanism will allow you to implement relations between objects synchronized by different SynchronizationContext instances. It might sound scary but worry not. We’ll make sure to explain this feature in further detail very shortly. One thing that needs mentioning here is that with the Q2 2013 SP1 release, all cloud related components and extensions will be included in the automatic installation so no need for additional downloads.

3x faster SlideView
Even though the ImageEditor and the Cloud Components Suite are taking most of our attention, we’ll always find time and energy to improve our existing controls. After the DataForm and the Calendar, it was SlideView’s turn. The Q2 2013 SP1 introduces a brand new item realization mechanism which makes the SlideView 3x faster.

Fixes
Needless to say, Q2 2013 SP1 comes with a lot of minor fixes and improvements. You can read more in the release notes.

Give it a try and let us know what you think!