The second major installment of UI for iOS for this year is already here, packed and stacked with new features and improvements. Two new great controls complement the suite: DataForm and Alert. Without beating about the bush, let’s dive into more details about each of these controls. 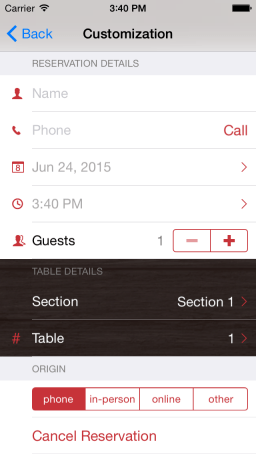 The Telerik DataForm for iOS displays a business object’s properties in a list helping developers to quickly and easily build various forms, such as registration, login, data entry, settings and more. Here are the features at a glance:

The Alert for Xamarin.iOS is a message-box control that will come in handy in your popup-scenarios, which require styling customizations and custom content in the pop-up. The features at a glance are:

Following the latest news from Apple and striving to support all new versions of Xcode and the Swift language, we tested our controls with Xcode 7 and Swift 2.0. The good news is everything works as expected. There were some minor changes to be made in our examples because of changes in the Swift language. And, because the new Xcode version is still Beta, we can't include the modified examples in our official release. However, you can download our SDK examples modified to work with Swift 2.0 from our public GitHub repository.

For more information about all the new goodies coming with Q2 2015, please refer to the UI for iOS Q2 2015  Release Notes.

Get a Trial of Telerik UI for iOS from here, or the Paid bits from your account, if you have an active paid license.

Right now, the DataForm is in Beta, and we understand that you may not want to wait until Q3 2015 (due in the end of October) for it to become official. Therefore, the DataForm will get rid of its Beta tag in mid-August. Of course, in the meantime, your feedback will be highly welcome and appreciated, so that we can focus our development efforts in the right direction.

Regarding the Q3 2015 Roadmap, we will announce it soon, so stay tuned!