Our Q3 2012 release is coming closer and closer and I was eager to share that we have prepared a new pack of fresh enhancements that will energize your Windows Forms applications. In this blog, which is the first from a set of upcoming articles, I’d like to give you a glimpse of the major features that you will find in the Q3 2012 installment.

The top highlight of this release is RadPivotGrid (Beta) for WinForms. Initially introduced as a CTP in Q2 2012 SP1, RadPivotGrid became much more powerful in terms of stability and set of features. The previously available grouping, sorting, report filtering, aggregates, pivot field list, summary rows/columns, are now complemented by group filtering, printing, integration with RadChartView, and a bunch of field list improvements.

The group filtering capabilities available to the end-user by context menus and dialogs resemble pretty much of those available in MS Excel, so if your customers are well acquainted with Excel, there’s nothing to worry about – they will be able to dive into our filtering with ease: 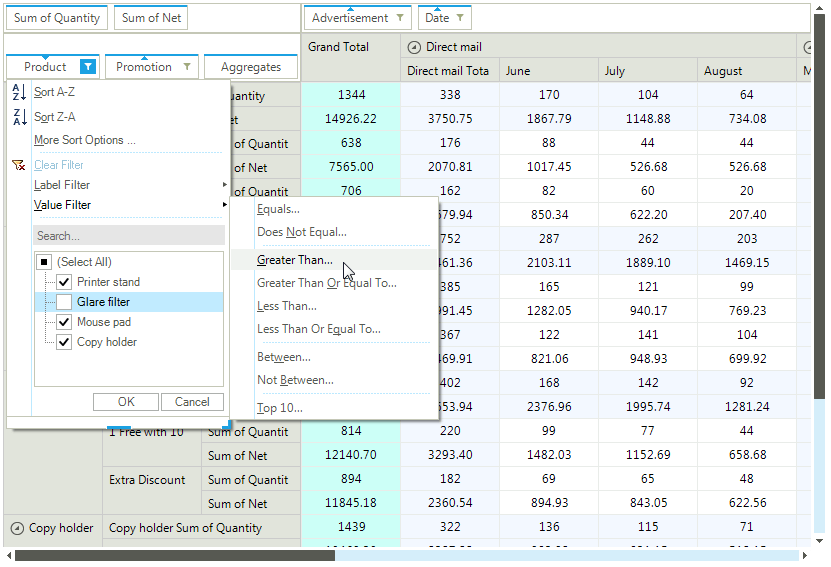 The integration between RadChartView and RadPivotGrid will allow the end-users to quickly get their selected data visualized as intuitive charts. These will turn any piece of big data into digestible and powerful insights to empower all stakeholders’ decision making: 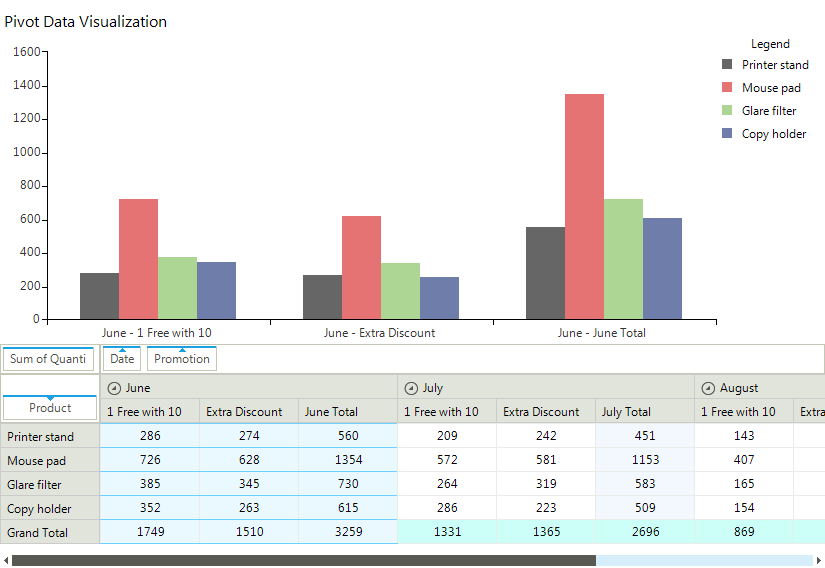 Printing is another critical feature for a data control. Following the printing support for RadGridView and RadScheduler for WinForms, RadPivotGrid got loaded with extended printing capabilities as well. Now you will be able to send your pivotized reports to the printer with a click and thanks to the API that we have exposed, you will be able to easily customize the printed output to your needs: 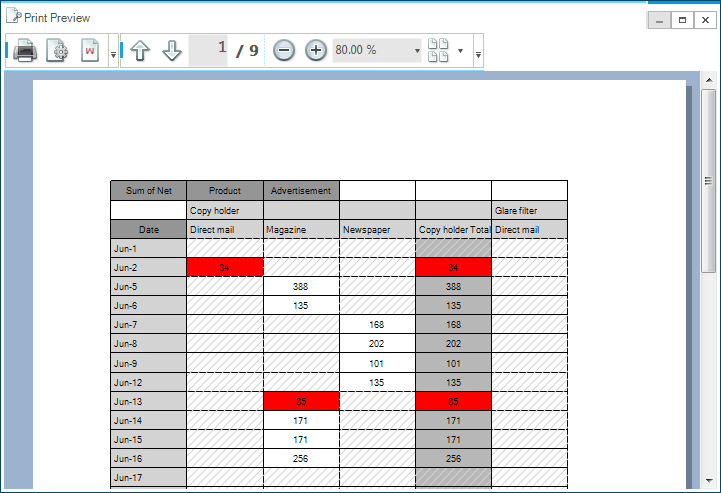 I know that this sounds super cool, but wait a little more. Q3 2012 bits will be at your fingertips soon!