The R3 2020 release of Kendo UI is almost here! Join us on September 29th and 30th for webinars and Twitch sessions to get the latest.

Check out the latest additions to your favorite JavaScript UI component libraries for Angular, React, Vue and jQuery: the third Kendo UI release for 2020 coming as planned on September 16, bringing major updates!

Join our developer experts Alyssa Nicoll and TJ VanToll, and Kendo UI product manager Carl Bergenhem for the live R3 2020 release webinars and Twitch demo sessions. This way, you’ll be first to hear all the exciting news around this release straight, in live interaction with our team.

The release webinars will feature a concise overview of the major product updates. The follow-up Twitch sessions will show the new components and features in action with demos and code examples.

On Sept 29, join us for the KendoReact & Kendo UI for Vue release webinar & Twitch session: 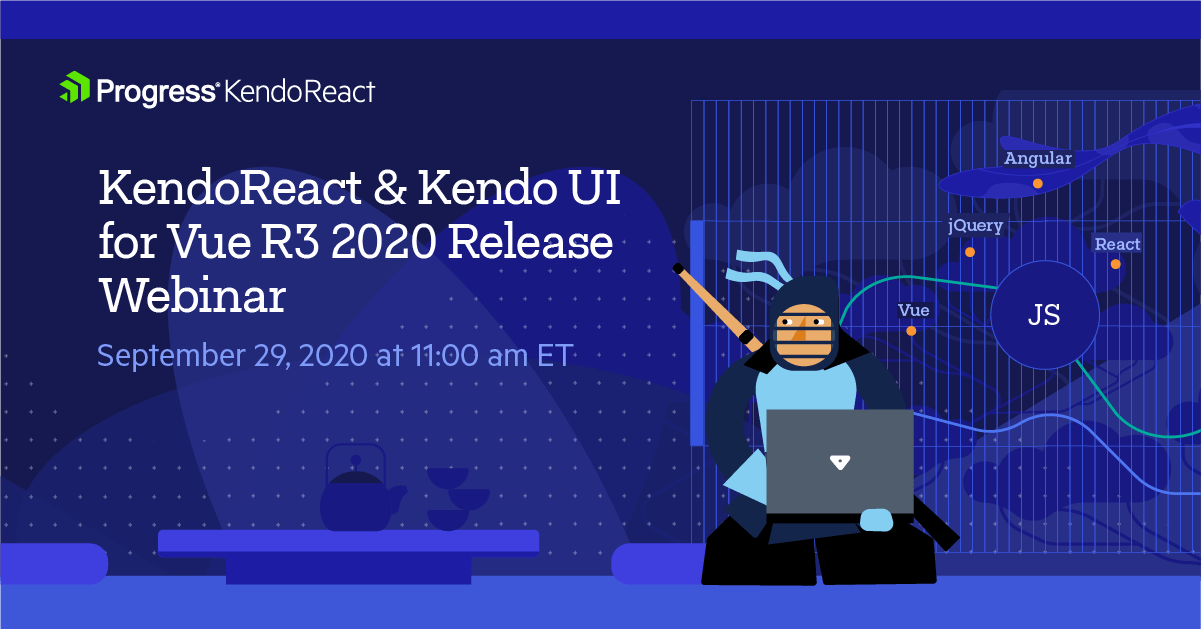 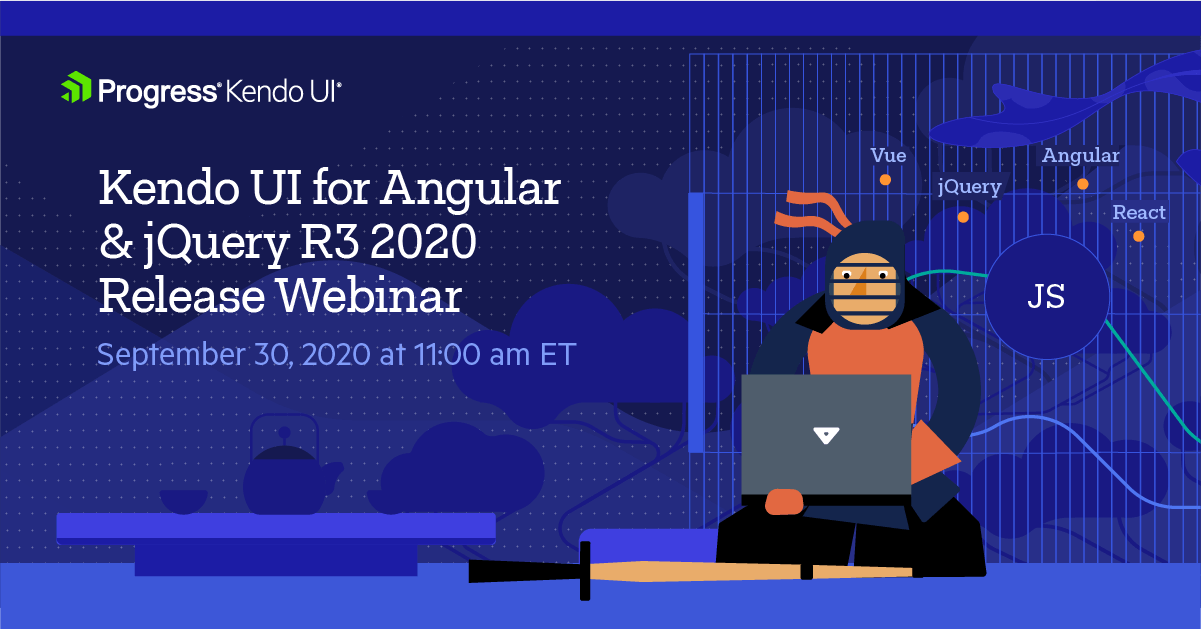 KendoReact adds eight new components to its rich library. This includes the highly requested Gantt chart, which provides you with everything you need to add a UI component for performant, clean and good-looking project timelines. You will also find that your React UI library now includes an App Bar, Text Area, Rating, Chip & ChipList, Badge and Loader components.

Make sure you also check out the new features added to the React Grid and Editor components. A major behind-the-scenes update of our website will surprise you with faster load times for the KendoReact documentation and demos, among other improvements.

The live webinars and Twitch sessions are a great opportunity for you to ask questions before and during the webinars. We’ll be waiting to hear from you on Twitter—please use the #heyKendoUI hashtag to join the conversation—and on CodeItLive, our Twitch channel, via the live chat.

Sign up today to make sure you don’t miss these great events with our experienced developer advocates and product managers, Alyssa Nicoll, Google Developer Expert, and TJ VanToll, host of React Wednesdays, and Carl Bergenhem, speaker and host of a ton of JavaScript events!

Save Your Seat: React & Vue

Save Your Seat: Angular & jQuery