How to Port Desktop Applications to .NET Core 3.0

In this post, Olia Gavrysh (Program Manager, Microsoft) guides you through the process of porting a desktop application from .NET Framework to .NET Core using an existing WinForms application as an example.

This article was originally posted on the Microsoft .NET Blog and is republished with permission.

In this post, I will describe how to port a desktop application from .NET Framework to .NET Core. I picked a WinForms application as an example. Steps for WPF application are similar and I’ll describe what needs to be done different for WPF as we go. I will also show how you can keep using the WinForms designer in Visual Studio even though it is under development and is not yet available for .NET Core projects.

For this post, I’ll be using a Memory-style board game application. It contains a WinForms UI (MatchingGame.exe) and a class library with the game logic (MatchingGame.Logic.dll), both targeting .NET Framework 4.5. You can download the sample here. I’ll be porting the application project to .NET Core 3.0 and the class library to .NET Standard 2.0. Using .NET Standard instead of .NET Core allows me to reuse the game logic to provide the application for other platforms, such as iOS, Android or web.

You can either watch Scott Hunter and me doing the conversion in the following video, or you can follow the step-by-step instructions below. Of course, I won’t be holding it against you, if you were to do both.

I suggest doing the migration in a separate branch or, if you’re not using version control, creating a copy of your project so you have a clean state to go back to if necessary.

Before porting the application to .NET Core 3.0, I need to do some preparation first.

Build your app. If you got no errors – congrats, you’ve successfully migrated your project to .NET Core 3. For porting a dependent (UI) project see Porting UI section, for using the Designer, check out Using WinForms Designer for .NET Core projects section.

If you got errors (like I did with my app), it means there are more adjustments you need to make. Instead of the fast way described above, here I’ll do one change at a time and give possible fixes for each issue. Steps bellow would also help to better understand the process of the migration so if the fast way worked for you but you’re curious to learn all “whys”, keep on reading.

As I mentioned above, the WinForms designer for .NET Core projects is not yet available in Visual Studio. However there are two ways to work around it:

In this blog post, I showed you how to port a desktop application containing multiple projects from .NET Framework to .NET Core. In typical cases, just retargeting your projects to .NET Core isn’t enough. I described potential issues you might encounter and ways of addressing them. Also, I demonstrated how you can still use the WinForms designer for your ported apps while it’s not yet available for .NET Core projects.


Looking for More Info on Telerik Products and .NET Core 3.0?


We hope you enjoyed reading Olia's post. We on the Progress Telerik team are excited about .NET Core 3.0, and for those of you out there using Telerik UI for WinForms or Telerik UI for WPF, we'd like to remind you that the controls in both products are .NET Core 3.0 compatible. If you want to test it out on your applications, check out this blog post for more info. Happy coding! 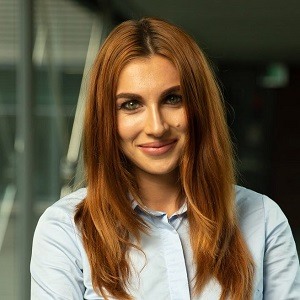 Olia is a Program Manager for Microsoft, working on .NET Core and WinForms. Before she was doing Machine Learning and AI at ML.NET team.