Fiddler—Everywhere and in Every Way You Asked For

Fiddler users asked, and we listened. Fiddler is about to evolve in some key ways to make it even more powerful.

Fiddler Classic has been a darling of web developers for almost a decade now. It started as one person’s obsession for making the lives of his peers better. That vision resonated with Telerik (and later Progress), who gave all the support that Fiddler needed to grow.

Since then, it has only gained in popularity, so much so that it has been one of the highest reviewed products on G2Crowd with no marketing behind it. However, making Fiddler available across platforms has always been a challenge. It worked extremely well with the Windows framework and OS (for which it was originally built) but was always clunky while working on Mac or Linux.

There were multiple attempts made with Dot-Net Mono (such as the now defunct Fiddler for Mac) and an extremely light version of Fiddler Everywhere, but it was nowhere comparable to what Fiddler Classic for Windows only had to offer.

Earlier this year a new team took charge and took this as a challenge. It brought back the same obsession that Eric (the founder of Fiddler) had for solving problems and took upon the Herculean task of revamping Fiddler. The task was not easy. The team conducted hundreds of interviews and surveyed thousands of its most loyal users to listen to every brickbat and rose that they had to offer based on their extensive use of Fiddler Classic.

It was an eye-opening experience. The users of Fiddler came up with three primary requests:

The task was clear. Obsession had to be put into action. That’s exactly what the team did. Over the course of the next few months, the Fiddler team worked day and night to fulfil their promise to the community. Today they are happy to announce that they are very close to fulfilling that promise.

Fiddler Everywhere—the first GA version—will be available for Windows, Mac and Linux this May. This will be the first of many more versions to be launched. Soon Fiddler Everywhere will boast the following features:


This is just the start of things to come. Over the course of the next few months, more new features will be introduced to enhance the capability of Fiddler and slowly make it a one-stop-shop for all your web-development needs.

The road ahead is arduous but the commitment to make your experience better will drive the Fiddler team to deliver nothing less than the best. In the end, the message from the product management team is: 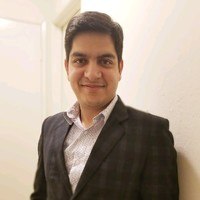 Abhishek Tandon is a Principal Sales Engineer for Progress who specializes in DataRPM and Fiddler. He loves working on tools that have high business impact and has a keen eye for bridging the gap between technology and business.