The main highlight of the Q1 2015 Service Pack of Telerik UI for Android is we’re moving the SideDrawer from beta to an official state. In addition, we’ve pushed fixes and improvements for other controls, such as the Calendar and the ListView.

The SideDrawer now integrates with the native Android Toolbar and ActionBar components. To establish a connection between the Telerik SideDrawer and the toolbar, developers need to use a special class for that purpose called SideDrawerToggle.

To integrate the Telerik SideDrawer and the Android Toolbar, simply pass the two controls as parameters when creating a SideDrawerToggle instance.

If you want to use the SideDrawer in combination with the Android ActionBar, you should pass the SideDrawer as a parameter. It is important to note that you need to use an ActionBarActivity for everything to work as expected.

We've improved the performance of the Calendar by decreasing the number of UI redraws the control was initiating during scroll operations. We've also introduced a new feature that enables developers to choose whether dates from the previous/next month should be drawn. 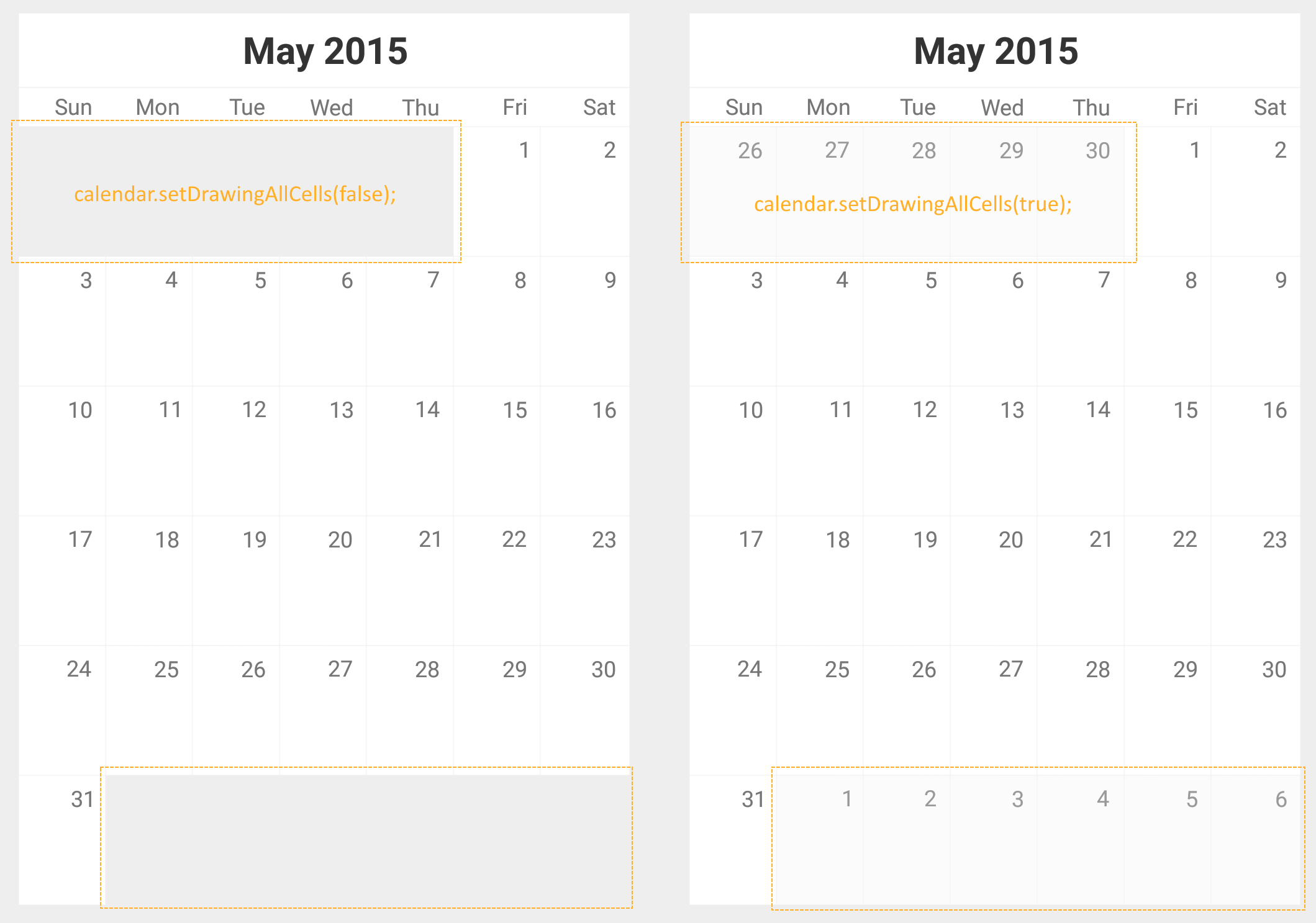 The behavior can be controlled through the drawAllCells(boolean) method.

Finally, we’ve introduced a new functionality inside the ListView--a placeholder that can be used to display some content in case the ListView has no items yet.

You can enable  this functionality via the setEmptyContent method, as shown below. 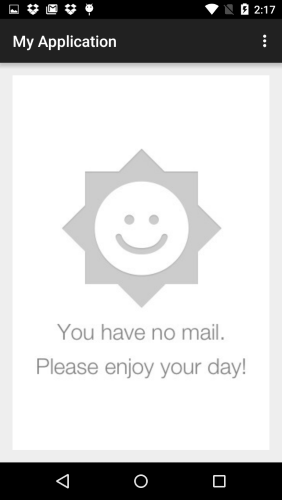