The 4th of July is a celebration of the independence of America. Today we face a challenge to independence for some people who struggle to access information and service on the web. You can help keep the spirit of independence alive by making sure that your web apps are accessible to all. Find out how in this post.

Over 200 years ago the colonists in American got tired of taxation without representation and got into a bit of a scrap with England. So was born the United States of America and we celebrate our independence this week on the 4th of July. We shoot off fireworks to remind us of the cannon fire in the battles. We grill hamburgers and hot dogs to remind us of… well... lunch I guess.

But in the midst of all the fun, let’s take a moment to pause and reflect on the values that America was founded on. Core to this was the belief that all men are created equal. It was based on the idea that people should not be put at a disadvantage, that everyone should have a voice, basic freedoms, and an equal voice in the government.  And yes, before someone points it out, the term “men” has been broadened a bit to mean “people” today but the basic concept remains the same. We are all equal, no one should be denied Life, Liberty, or the Pursuit of Happiness.

Good so far, but the world was a very different place in 1776. Money was actual physical money. Banking, if you did it at all, was conducted in person. You showed up at a bank and gave them money, or they gave you money. They physically handed it to you. If you needed to deal with the fledgling government for something, you went to them in person and talked to them in person. Possibly you wrote them a physical letter. Maybe. But no texting or emailing or surfing.

And I know this because I was there – see below? That’s me marching to Concord, MA in 1775 to help defend it from the British. 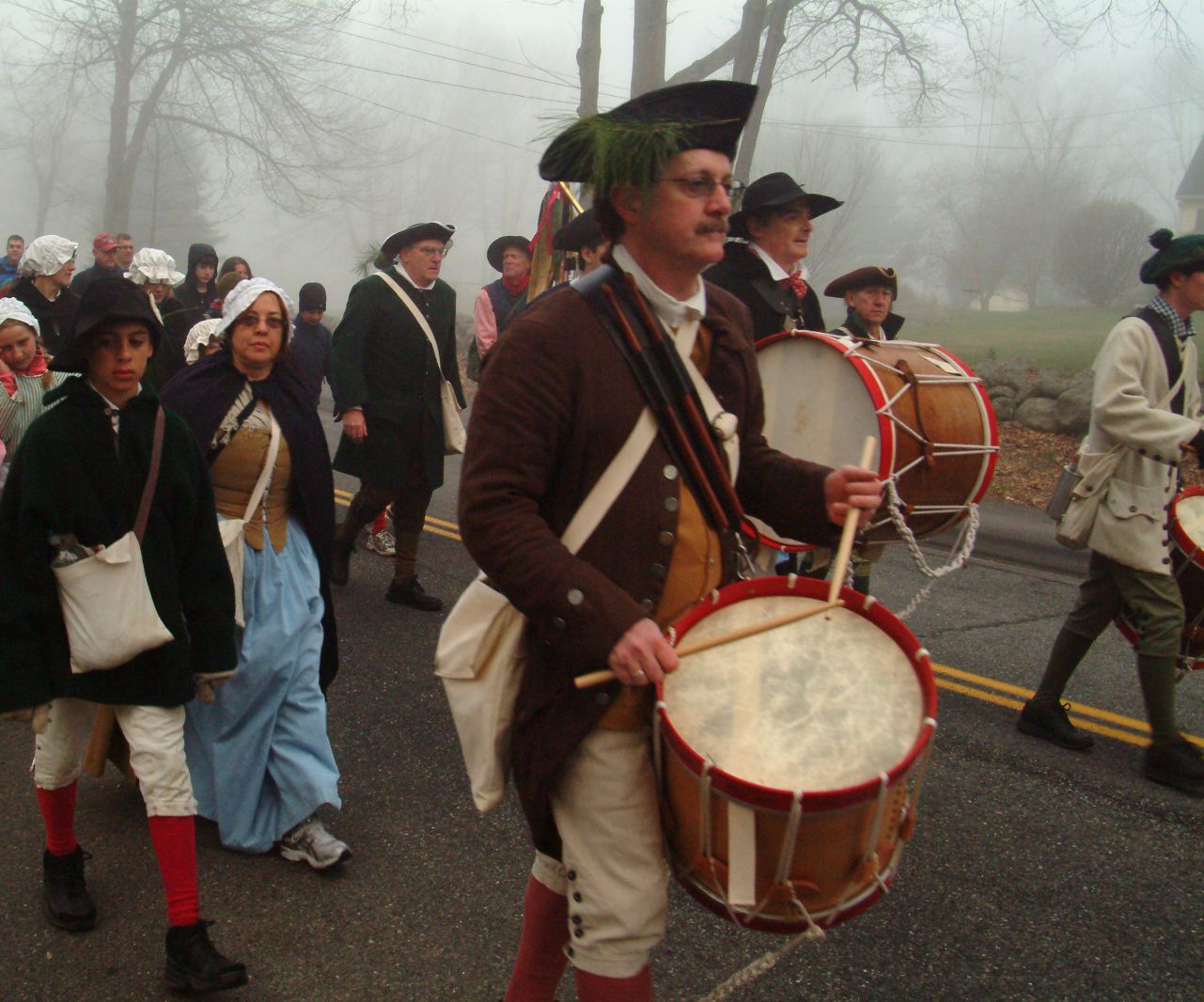 O.K. That picture isn’t really from the 1700s, but that is me in the picture. I used to play drums in a colonial re-enactment company and that was us marching to Concord, MA as part of our yearly re-enactment of the march to the Battle of Concord (Shout out to the Stow Minutemen)

Things are very different today. Today you email, or text, or surf the web to interact with a bank, or the government, or to order pizza. And this has given rise to another problem with guaranteeing equality: equal access to information and services. What if you can’t easily surf the web? Well, no banking for you! No government for you! And, maybe worst of all, no pizza for you! And that’s no good. So if we really care about equality, we need to care about equal accessibility for all. If you are denied access to basic services because you have trouble navigating the web, then you are not being treated equally.

Why does this really matter? Is it so important that people with disabilities can access websites? Actually yes. First of all, it’s just not nice to say that some group of people don’t matter so who cares if they can access your website. Second, they are prospective customers. Do you really want to ignore part of your audience? Most importantly, web access is not just a convenience. There are more and more things that can only be done online today.  There are an increasing number of activities that are critical to living your life and that can only be done online. If you can’t access the web it’s not just cat videos you are missing out on, it’s paying your utility bills, filing your taxes, and making appointments.

Unfortunately, our forefathers did not have the presence of mind to specifically include internet accessibility as part of the declaration of independence. I’m sure that was just an oversight. They probably assumed that well designed and developed apps would just be obviously part of the equality they talked about and they didn’t need to state it explicitly. Today, just to make sure that the founders' wishes were carried out we have legal rules like the Americans with Disabilities Act that does cover accessibility on the internet.  It’s not just about being a good person, it’s also about not ending up in court.

This is not a lot of work, nor is it brain surgery. Everyone can make their websites accessible. It just takes a little bit of knowledge and a little bit of attention. And you know what? Most of what you will do to make your app accessible will usually make it more usable for everyone. So don’t think of accessibility as something you “have to do,” think of it as another step in giving your users a great experience.

In honor of the 4th of July, make a resolution this year to celebrate the founding of America with a pledge to get better about accessibility. Help do your part to make sure that all people are not just created equal, but they are treated equally and have equal opportunities in life.

Well, I’m glad you asked that! The best place to start is with a comprehensive guide to accessibility that covers the laws you need to be aware of, what you need to do, and shows you how to do it. By an odd coincidence, we happen to have recently published one! We wrote it in partnership with the user experience experts at truematter, as well as a number of other accessibility consultants. You can get it here:

Want a quick tip? One way to get a head start on making your app accessible is to use UI components that already have accessibility built into them. By another amazing coincidence, we also happen to have just such a set of awesome UI components called Kendo UI. It includes a large set of popular UI components from Grids and Charts to Drop-downs and Schedulers. They come in all your favorite flavors, including jQuery, Angular, React, Vue, and Peppermint. OK, I made that last one up although I’ll bet someone somewhere does have a Peppermint JavaScript library.

Take a look at Kendo UI – there is even a free 30 day trial (with full support) available!

So this 4th of July be patriotic and make your apps accessible. And if you are not American, then just do it to help celebrate equality and independence on the internet. Because those are good things, whether it’s 1776 or 2019.

We have created a comprehensive whitepaper on accessibility for developers that covers everything from laws to coding to testing.

Adding Accessibility to Your Apps

One easy way to make sure that you are creating accessible web apps is to start with components from the Kendo UI libraries. Our components are all WCAG complaint and give you great functionality from grids and charts to schedulers and pickers. Get a head start on your app's UI and a head start on accessibility compliance at the same time.

Types of Disabilities and User Experience

Accessibility and the Law

What is Accessibility for Web Apps and Why Do I Care?