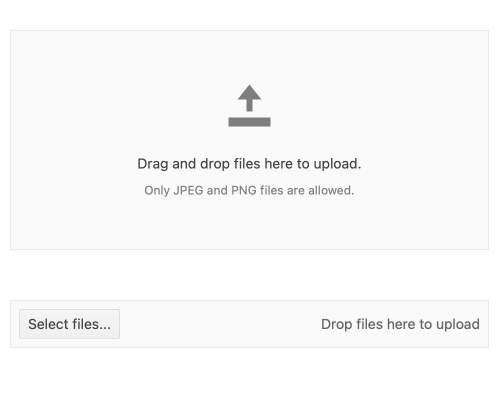 Widely requested by our users, the new React Skeleton component is a handy, user-friendly way to show that content is about to be loaded without using spinners or loading bars. A key UX benefit of the Skeleton component is that it mimics the size and layout of the elements that are in the process of loading. This lets users intuit what is about to be loaded as they wait for content to appear, giving the illusion of a performance increase versus traditional loading animations. The new KendoReact Skeleton comes with three essential placeholder shapes (circle, line/text and rectangle) as well as wave and pulse animations.

Data visualization is an important part of any dashboard, and with R2 2021, we’re adding a new type of gauge to the KendoReact Chart Library. Joining the ranks of the existing KendoReact Arc, Linear and Radial Gauges is the new React Circular Gauge. As the name gives away, the React Circular Gauge lets developers create a sleek-looking circular data visualization to add into their applications. The component comes with two render modes (SVG and canvas), scaling, support for animations and different colors and more.

While classes are still the most popular way to write React components, functional components and hooks are gaining popularity and have seen greater adoption across the React ecosystem. Whether you prefer classes or hooks, the KendoReact docs and demos now include equivalent demos for hooks and TypeScript for most of our code samples! We are actively expanding this to full coverage.

Adding to that, another popular request has been to have TypeScript examples in our code samples since TypeScript usage has also grown within the React community. On a fun note, KendoReact is written in TypeScript so we’re certainly excited to see the widespread adoption of this language! With this release, we’re also adding another layer to our demos: developers can now choose between JavaScript or TypeScript code. As mentioned, we aren't quite at 100% coverage for all code samples yet, but we are actively working towards this. Depending on when you're reading this, we may even already be done.

Taking both upgrades into account, for almost any given code sample you can now select between: 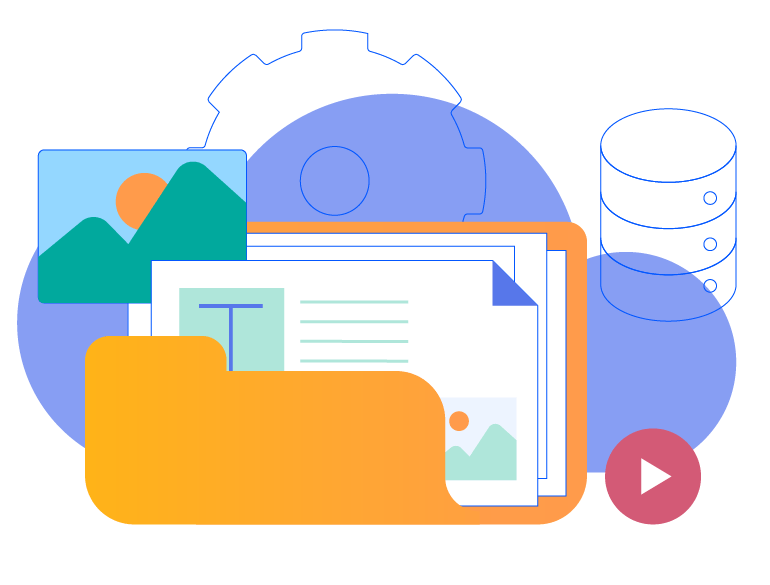 The KendoReact Grid now supports the same placeholder UX of the Skeleton component as a built-in solution for cells that haven’t fully loaded their content yet—all without the need to write extra code. This new feature specifically targets the grid’s row and column virtualization functionality. 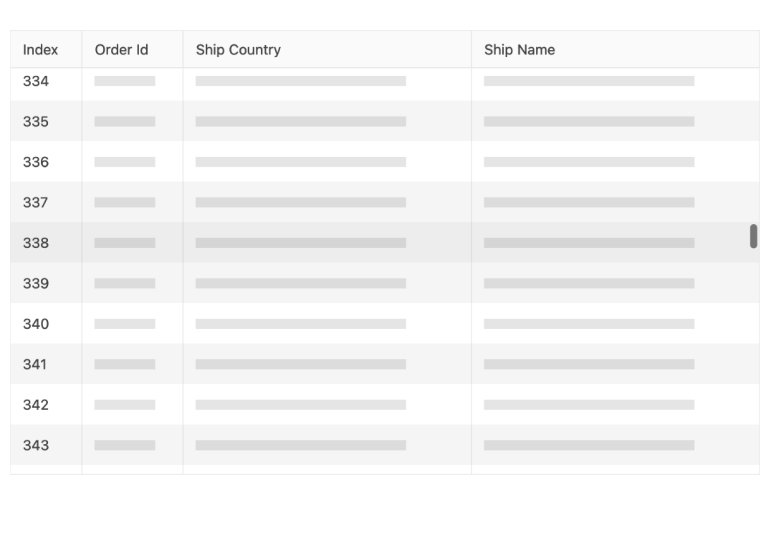 In some Data Grid usage scenarios, you want to enable the end user to select individual table cells or a range of cells (by clicking and/or dragging) and see calculations based on the selection. With R2 2021, the React Grid selection options enable this functionality quickly and easily through the built-in Cell Selection and Range Selection support for rows and cells. 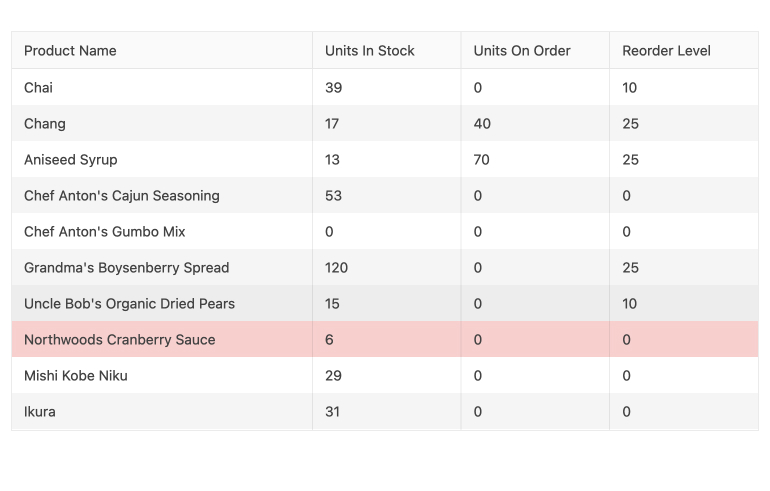 KendoReact developers can now enjoy improved rendering in the Data Grid with out-of-the-box support for expand and collapse options for all groups. Further additions in the KendoReact Data Tools (kendo-react-data-tools) can be used for managing the expanded states easily.

The new KendoReact Grid Persist Grouping feature ensures that the state of grouped items being expanded or collapsed will persist through data operations of the Grid. The main benefit of this feature is best evident in scenarios when users expand and collapse groups, moving away from the current page, and then move back to the original page. All groups will have their state persisted and things will be just like the user left them. 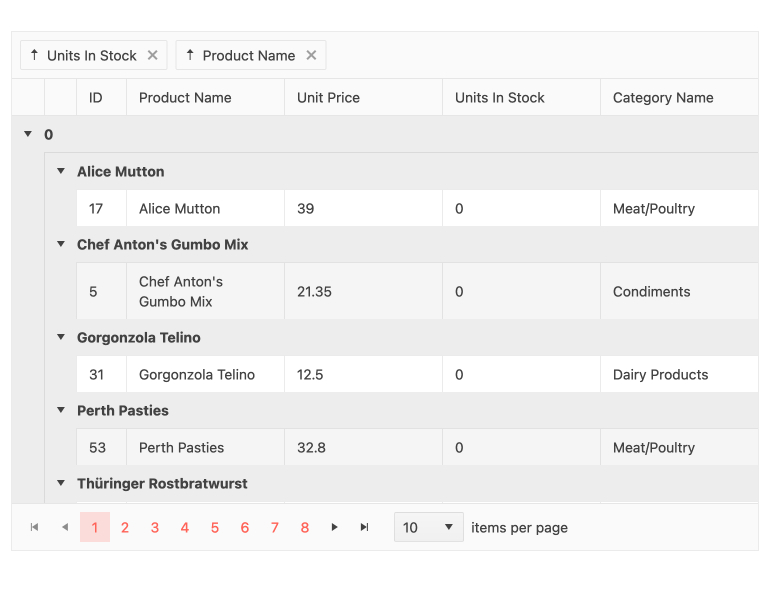 For our date inputs library, this release adds support for the placeholder property, which is shown whenever the component is untouched or not focused. Providing an empty placeholder allows the label to "float." This improvement helps achieve better consistency with the Material Design guidelines and is available for the KendoReact DatePicker, DateTimePicker, DateInput and TimePicker.

Occasionally, an end user may want to move or edit multiple Scheduler events simultaneously – say, if a series of meetings needs to change from mornings to afternoons or meeting duration needs to be changed. The KendoReact Scheduler now provides this functionality out of the box: enable the selection, dragging and even resizing of multiples events at the same time. 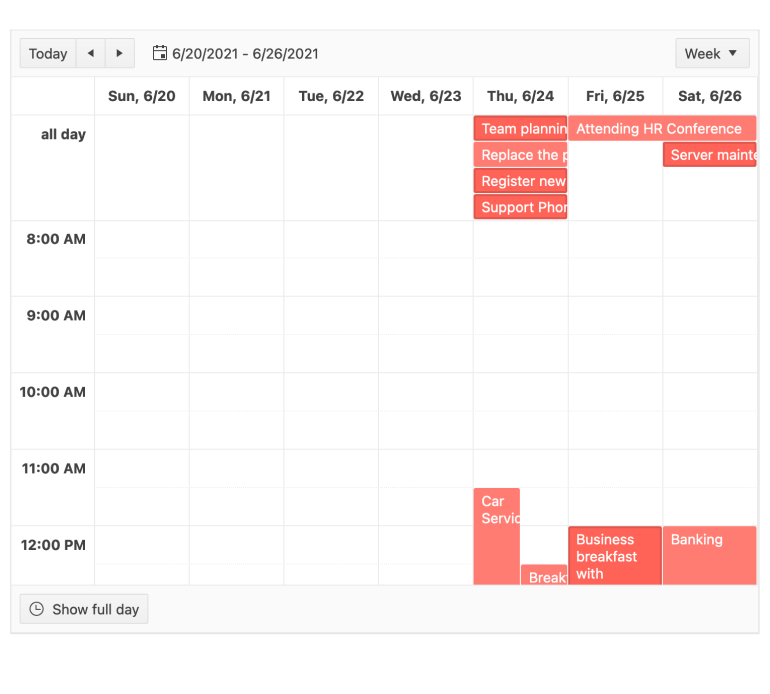 The KendoReact ColorPicker now enables contrast calculations between two colors based on WCAG contrast ratio recommendations. The component differentiates between two contrast levels: AA (minimum contrast) and AAA (enhanced contrast). Color contrast between text and background is a key accessibility concern in web development as it can affect people’s ability to perceive the information displayed on the screen. 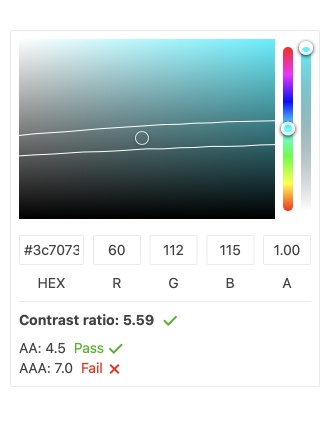