2 Answers 123 Views
Visual Style Builder
This is a migrated thread and some comments may be shown as answers.

Rank 1
Erin asked on 17 Jul 2012, 04:37 PM
When I exported a new skin with Visual Style Builder, a folder of images called "Common" was created.  It contained five images:


The CSS generated for the Grid, however, refers to two images in the "Common" folder which aren't there:

Is this just a bug with Visual Style Builder that needs to be fixed?  Is there a way to get those sprites from somewhere other than VSB?  It really would be most convenient if "Common" were listed along the left edge in VSB, just like "Grid" or "ListView," so the sprites inside could be edited by the user and not (partially) generated automatically. 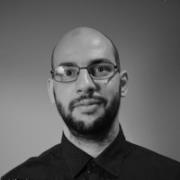 I confirm this is a bug and it is forwarded to our developers, so they could further investigate it and researched on possible resolution.

However, you can use the images in the common folder in your installation folder. Additionally, you can find them attached to this post.

Kind regards,
Galin
the Telerik team
If you want to get updates on new releases, tips and tricks and sneak peeks at our product labs directly from the developers working on the RadControls for ASP.NET AJAX, subscribe to their blog feed now.
0