This article discusses how to style Xamarin.Forms with CSS, covering the benefits you can get from doing so and including examples.

This is the typical reaction from hardcore XAML enthusiasts when they're told that Xamarin.Forms XAML can now be styled with CSS. Yes, we're talking good old Cascading StyleSheets (CSS). Meant for web, but now able to be used to style native cross-platform Xamarin.Forms apps. Sure, it sounds a little weird at first. But it's important to consider that CSS styling for XAML has some unique advantages (as do other web technologies). This article explores the promise of styling Xamarin.Forms apps with CSS and what lies ahead. This is a new optional way to style your Xamarin.Forms XAML visual elements, where there's not much to lose and plenty to gain!

First up, if you are a hater of any web technologies, you need to give up the fight against bringing CSS support to Xamarin.Forms. It is happening. And although it's not in a stable Xamarin.Forms release yet, the pull request was merged into master in late 2017. The CSS parser is essentially a mapping back to XAML styles in use within Xamarin.Forms.

So, why would Microsoft even try to bring CSS goodness from the web world over to Xamarin.Forms? Turns out, there are some real advantages to being able to style native Xamarin.Forms apps with the ease that CSS provides. Here's an informal run down:

Here are a few benefits that CSS provides for styling Xamarin.Forms:

While the promise of CSS styling and code sharing can be enticing, it is important to remember that these are still early days. These are some things to keep in mind:

Time to see how this works. So, how would you go about adding CSS support to your Xamarin.Forms apps? First, you must switch to a Beta release of the Xamarin.Forms NuGet package to utilize CSS. These releases are available by checking the box to see pre-release packages. Anything 2.6.0 onward should work - latest being 3.0.0 Pre 3. Make this switch in your new or existing Xamarin.Forms project - in .NET Standard/PCL library as well as any platform-specific projects. 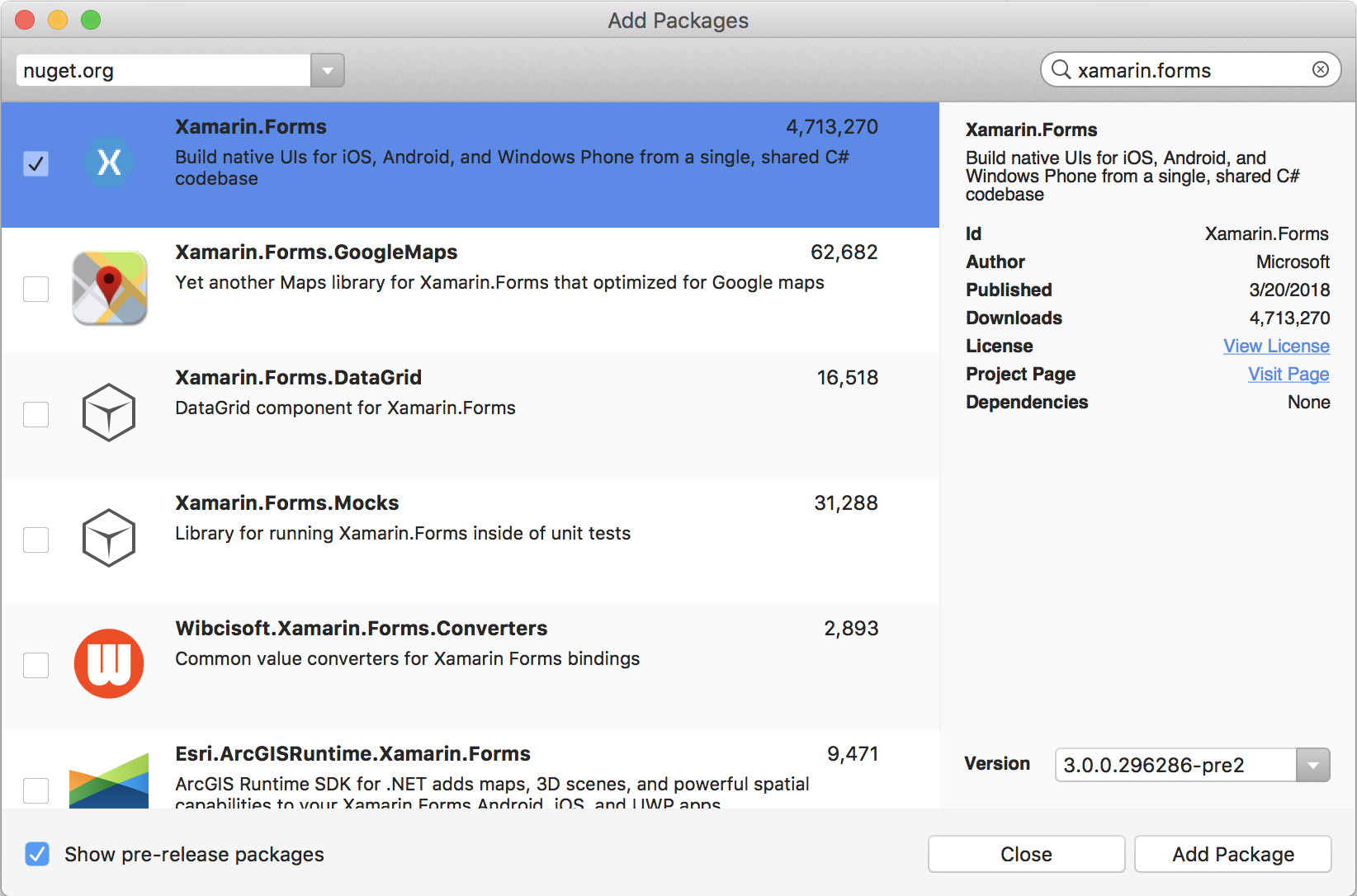 Next up, let's add a generic CSS file - this can live in a /Styles folder if you foresee the need to keep all your styles organized. 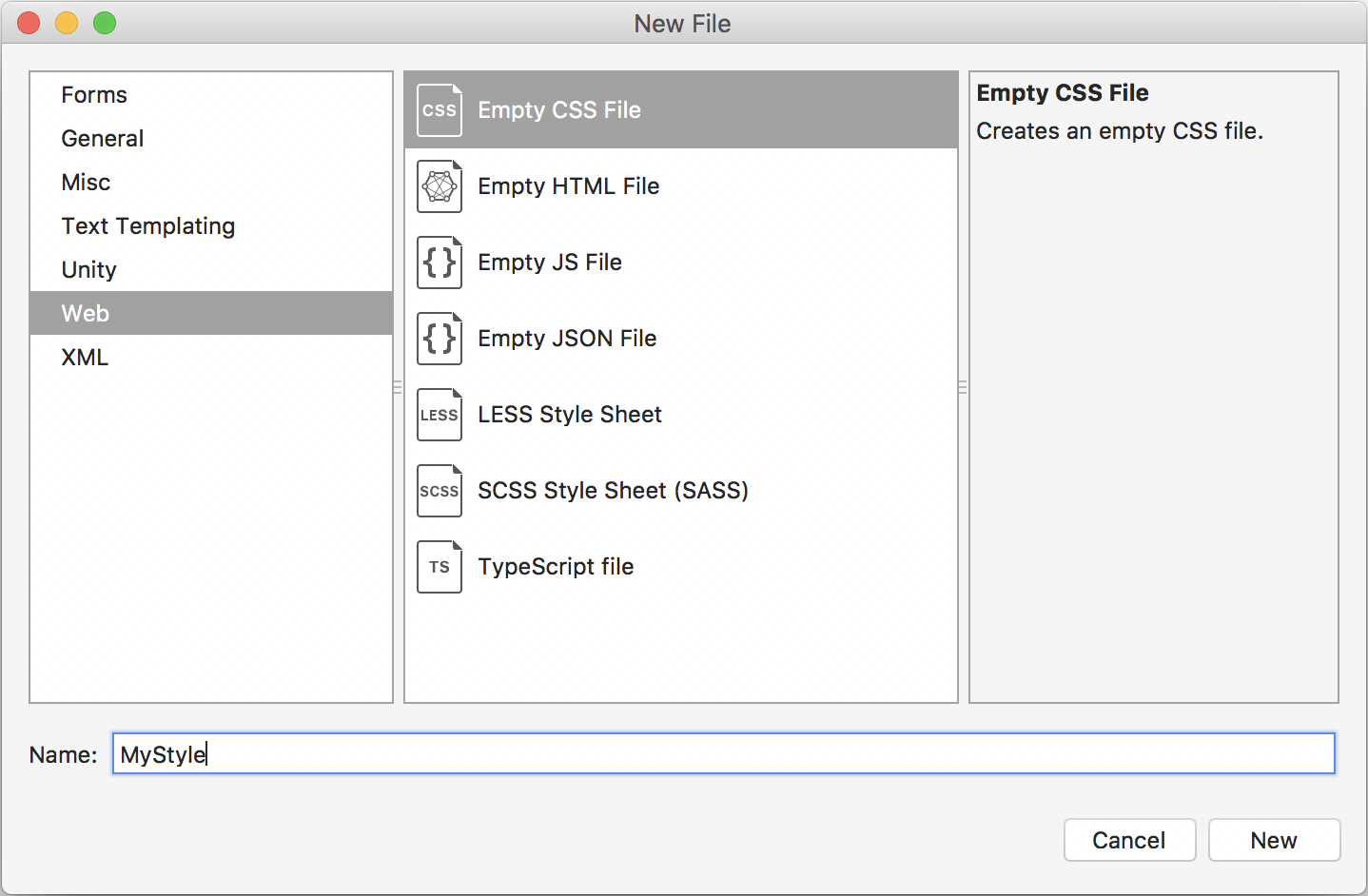 Just make sure to mark the CSS file as an embedded resource - this way it is included for parsing in all platform-specific app packages. 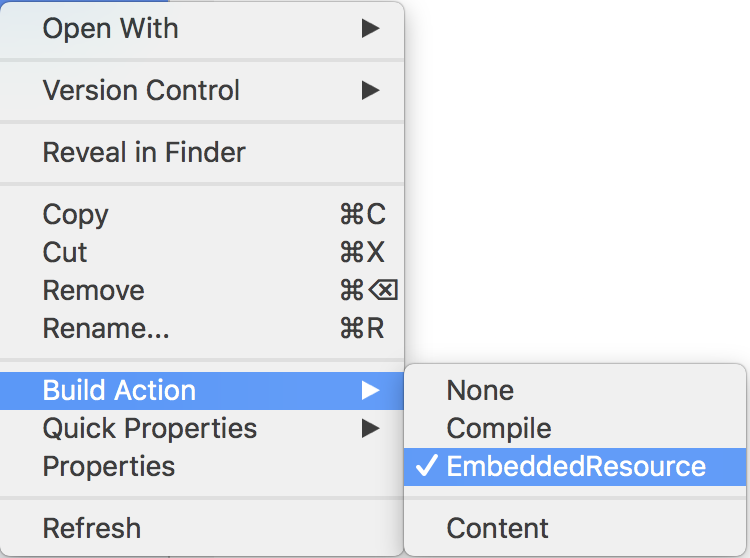 That's it! We are now ready to refer to the CSS in our XAML. Simply create a Resource for your ContentPage and point to the CSS file in your directory.

You may also load up the CSS as an embedded resource from C# code, but XAML is the more preferred and natural place to tie in CSS. Now, over in our CSS file, let's write the first bit of code to style our XAML visual tree, like so:

The caret symbol (^) selects all elements with ContentPage as base class, including ContentPage itself. While the rest of CSS styling is the same as what you do for web, this is the only selector that isn't part of CSS specifications - this is special for Xamarin.Forms only. Have trust and run your app - you'll see that without changing anything in the default Xamarin.Forms template, we have CSS styling our ContentPage. One small line of code, one giant leap in code-sharing prospects!

Now the CSS file(s) in your Xamarin.Forms projects can be worked on any way you prefer - both Visual Studio for Windows and Mac will offer good support with IntelliSense. You are also free to use your beloved CSS tool. Except for the caret symbol (^), it should be business as usual.

While the promise of being able to style Xamarin.Forms UI with CSS may be exciting, you may have that nagging feeling in your gut: "Is this really CSS? Like, really what we use for HTML?" Yep, this is CSS in all its glory and most of its features simply work.

One of the immediate benefits is the extensive support for visual element properties. CSS can reach just about any styling property for XAML elements. Here are some of the most common styling properties familiar to XAML developers:

CSS selectors dictate which elements to act on and these property values can be set just how you would set them from XAML. For precedence, styles with matching selectors are applied, one by one, in definition order. Styles defined on the visual element itself are always applied last. Speaking of selectors, let's take a look at some standard fare to choose XAML visual elements - CSS really shines in flexibility here.

As you might expect, you can assign a CSS style class to XAML elements and define the style in your CSS file - in case of property value conflicts, the last style wins. Assume the following XAML:

The Label has the .MyLabel class applied, which is as follows: 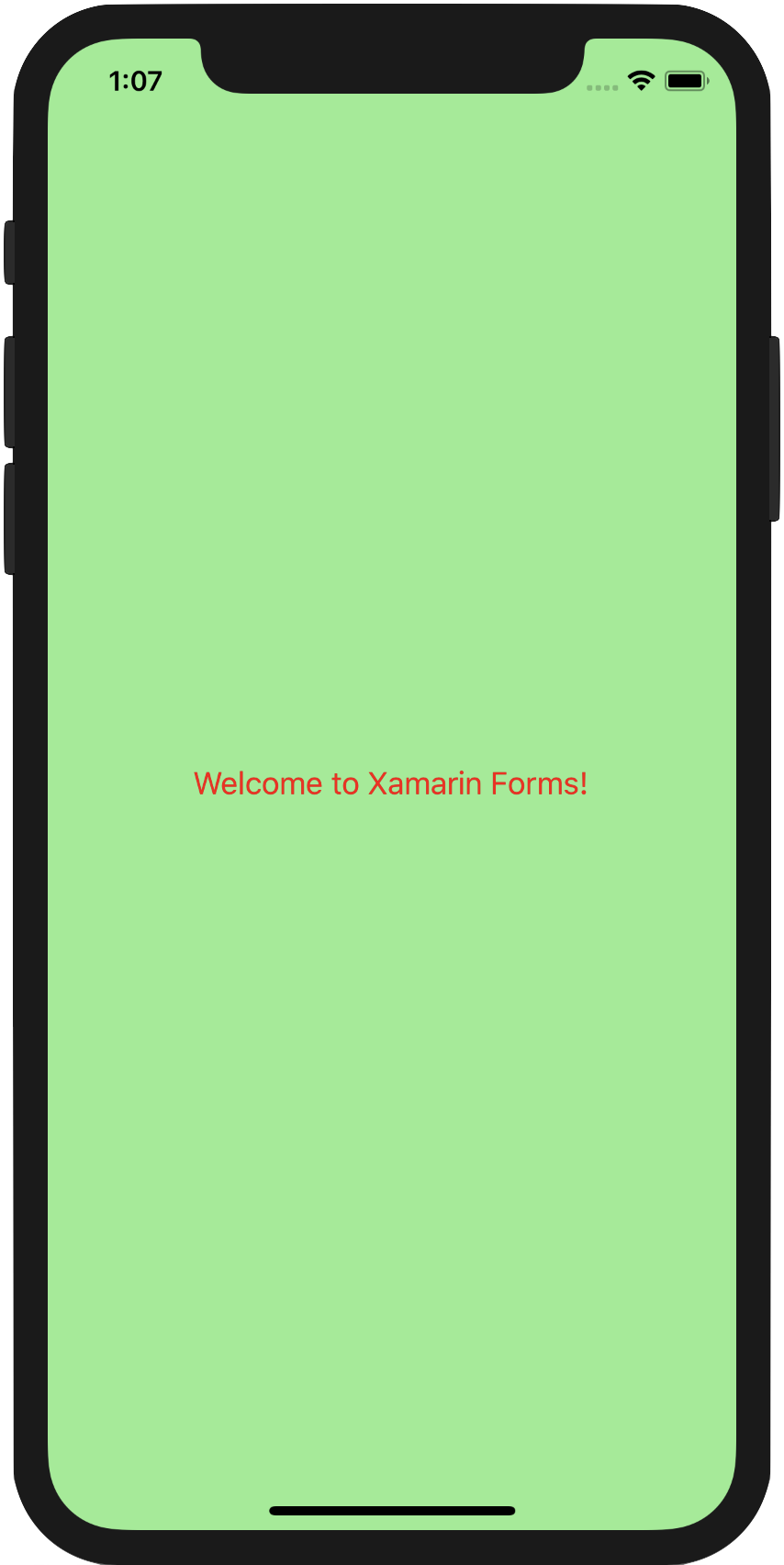 You can refer to any XAML visual element by their generic name as CSS selectors, but you may also fall back to x:Name to identify individual elements out of the visual tree. For example, assume the following XAML:

You can map this Label using its Name property through an ID selector in CSS: 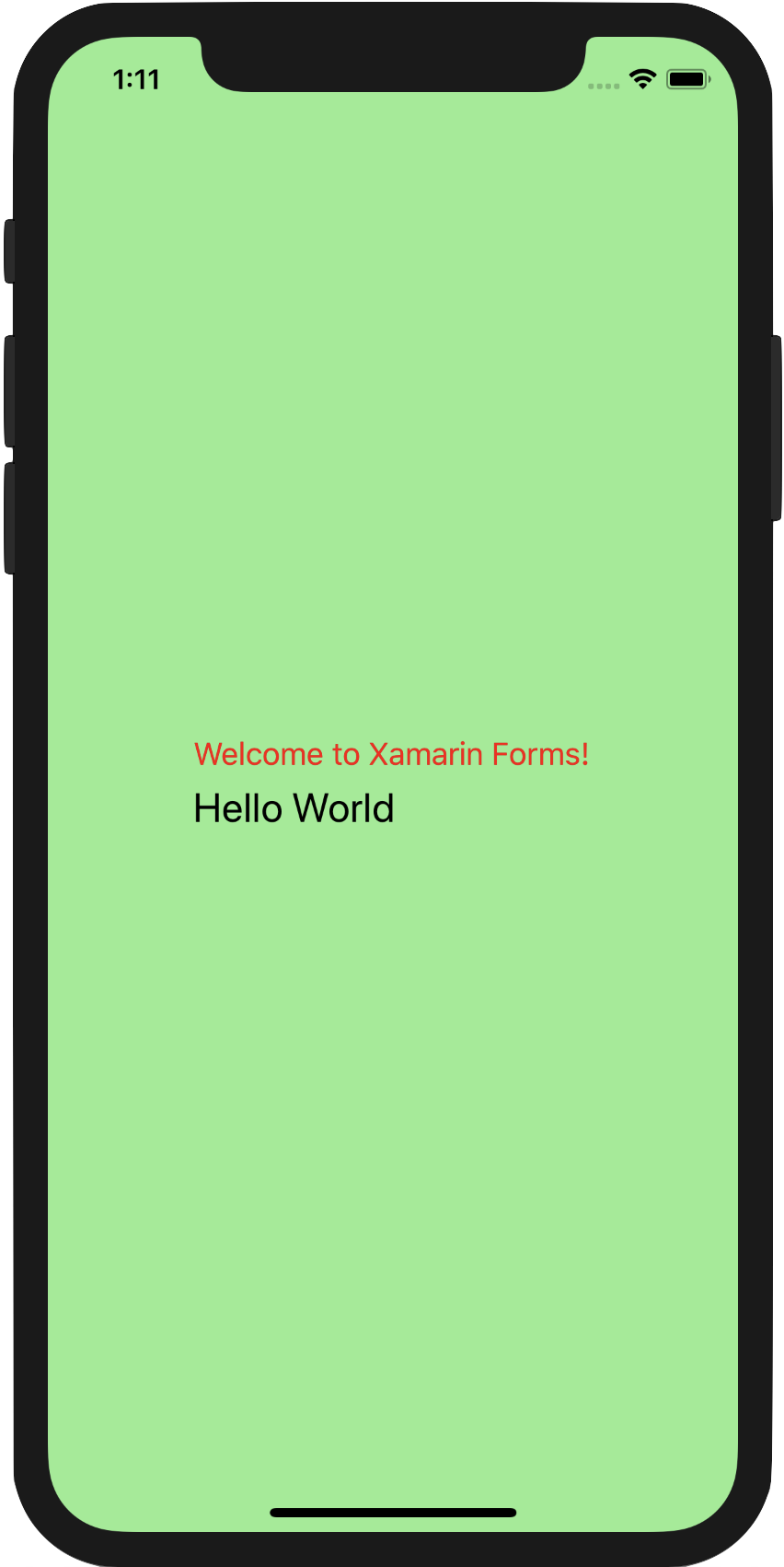 If you have any complex styling needs, you are almost always advised to have your styles defined in a separate CSS file - XAML visual tree definition and its styling can be pulled together at runtime. For very simple scenarios however, you have the option of defining your CSS styles inline within your XAML file: 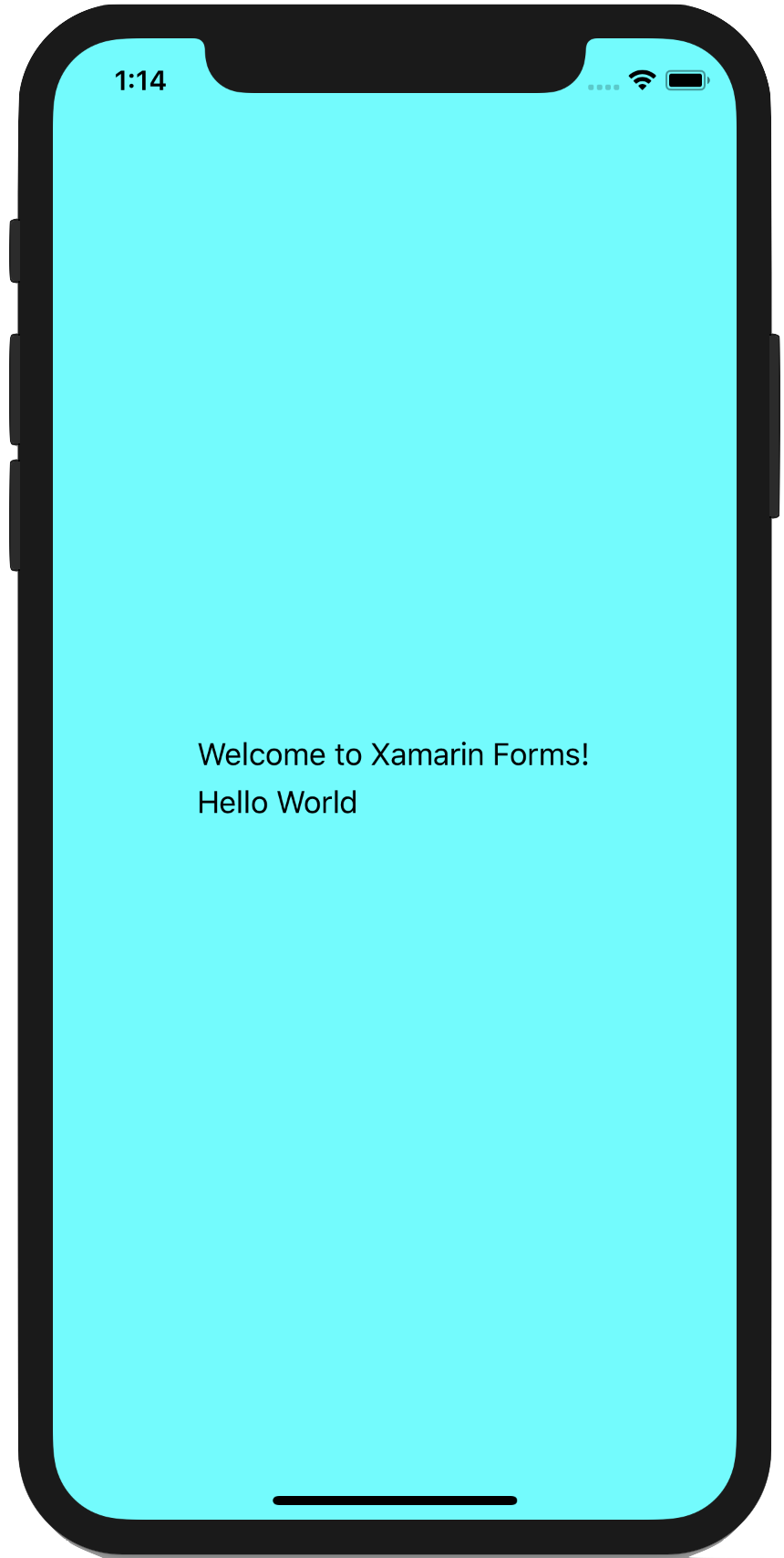 Let's get to the cascading part of CSS styling. This is where CSS shines with easy "trickle-down" effects. Assume you want all Labels within a StackLayout to have a certain style. You can refer to direct children using the element>element selector.

Let's style the direct children of the StackLayout using the element>element selector:

You can start to appreciate the power and flexibility that CSS support in Xamarin.Forms provides: 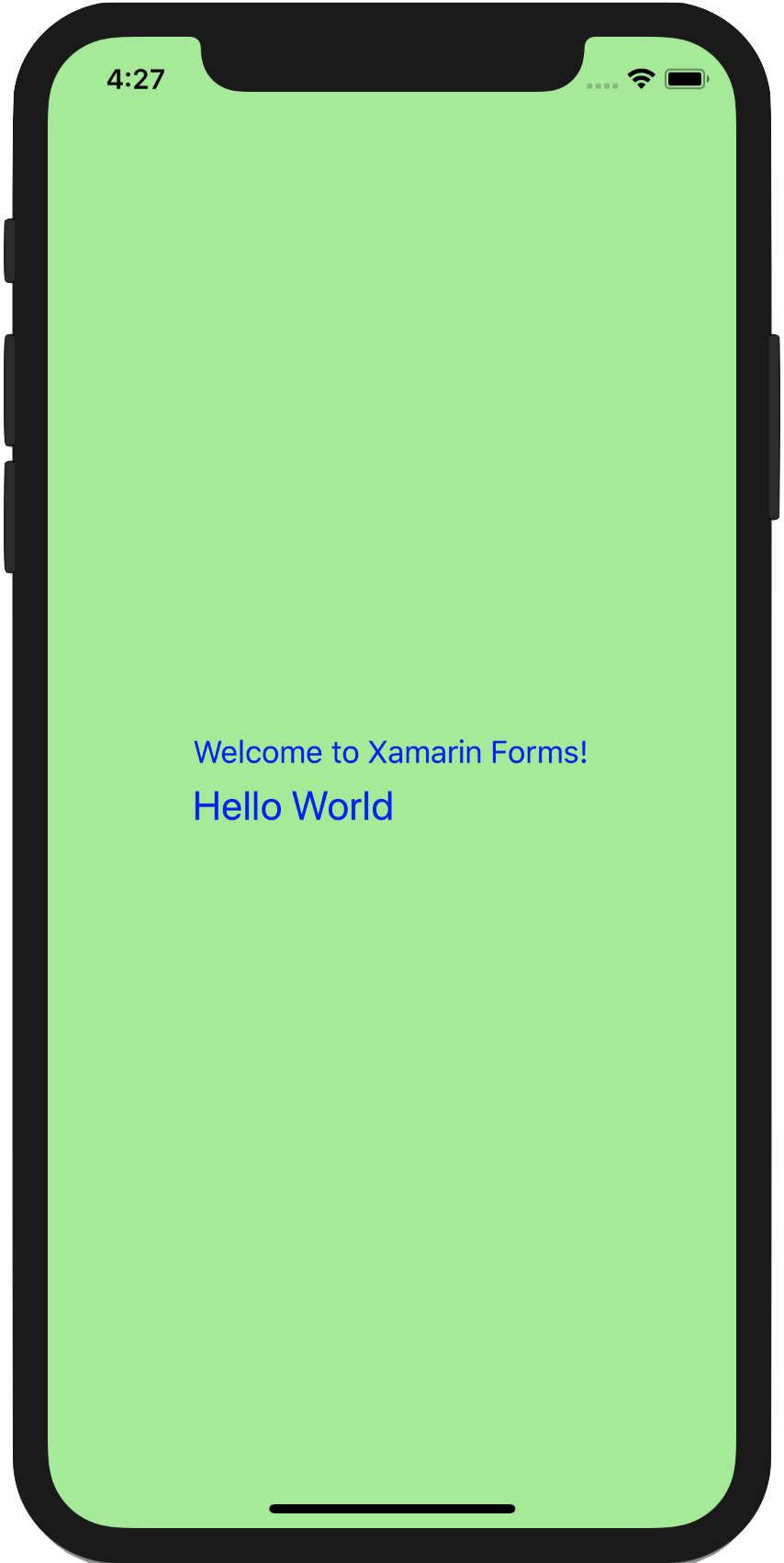 Now, what if you wanted all child elements to have a specific style, even though they do not inherit from a direct parent? Simply use the element element selector! Again, let's assume some XAML:

Let's use the element element selector to style the button: 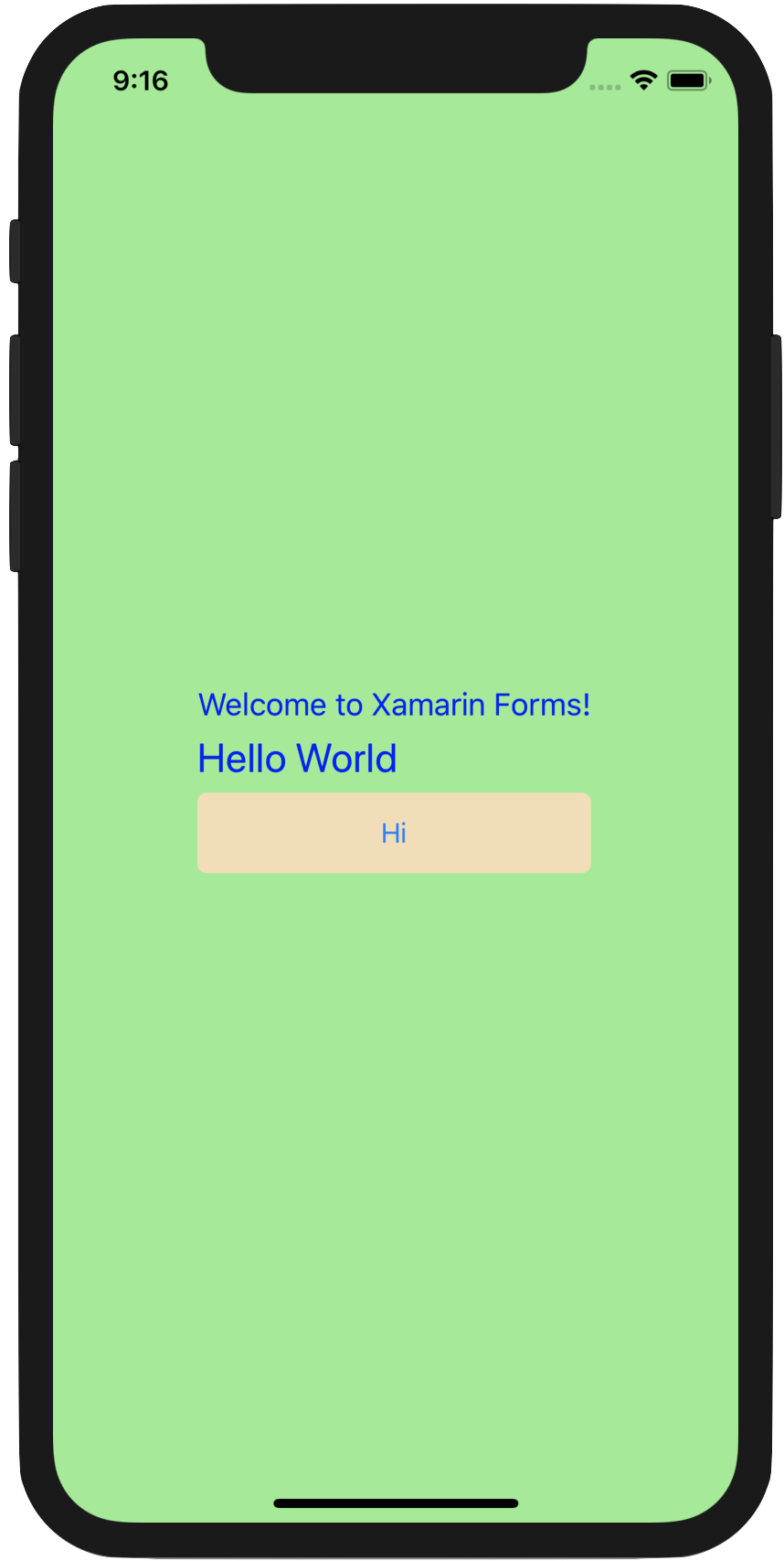 You may call it a bold outlier move, but CSS styling for Xamarin.Forms is here to stay. CSS brings to the table the ability to style XAML in a less verbose and more efficient way. And the biggest advantage is code sharing between your web and Xamarin.Forms apps.

It doesn't take a mind reader to guess your next set of questions. Now that we have CSS, could we take things to an advanced level and really reap the benefits? Could I be using CSS pre-processors like Sass and Less in Xamarin.Forms styling and get productivity benefits? If I have a XAML style template, could I use CSS to modify it? I'm using Telerik UI for Xamarin for polished performant UI - could I style them with CSS or modify the built-in theme? The answer to all your questions is an emphatic YES! But for the risk of running TL;DR, we'll save this discussion for another article. Until then, stay classy and style your Xamarin.Forms apps just the way you like. Cheers!