Why the Command Line? Why now?

Modern developers are often polyglots — they dabble in different operating systems, programming languages, frameworks and tools as they build the next generation of applications. On top of that, modern applications run on a variety of platforms and devices, all leading to very mixed developer skill sets and tools of the trade.

No longer are developers stuck on a platform or tooling silo — developers should be able to use any development platforms and tools of their choice to build applications. This is the new mindset, and modern application frameworks are catering to the flexibility developers want.

It is fair to say that Command Line and CLI (Command Line Interface) Tools have made a big comeback with developers, thanks to their cross-platform flexibility. Developers love CLI tools that give them the freedom to work from any operating system and pick the tools of their trade. This trend is enhanced by the fact that most development platforms these days offer CLI tools first and then add GUI tools on top of that.

Let's take a quick look as to why CLI is enjoying resurgence amongst modern developers and what's in it for you.

Per W3Schools, here's the most recent breakdown in Desktop OS marketshare: 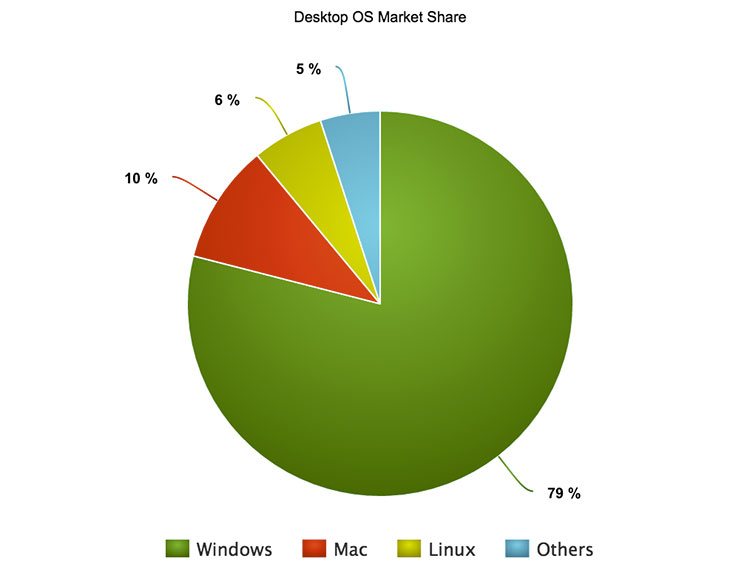 A developer may be using Windows, MacOS/OSX or Linux as the development machine operating system and development tools should be consistent across whichever platform they choose. One thing all these platforms have in common is that they all have a command line and it mostly works the same way everywhere.

Accordingly, CLI tools have quickly become the de facto lowest common denominator. Makers of developer tools are realizing the ubiquity of command line in this polyglot world and using it to cater to developers' desire for freedom.

Meet the new .NET Core - lean, modular and runs cross-platform. To lower the barrier to entry, .NET chooses the CLI to woo developers with a consistent development experience across platforms. While there may be a few ".NETs" now (as pictured below), .NET Core is where the journey begins.

Rumor has it that even Xamarin may soon be powered by .NET Core instead of Mono, as it is today. The center of the new .NET development experience is the .NET CLI of course! 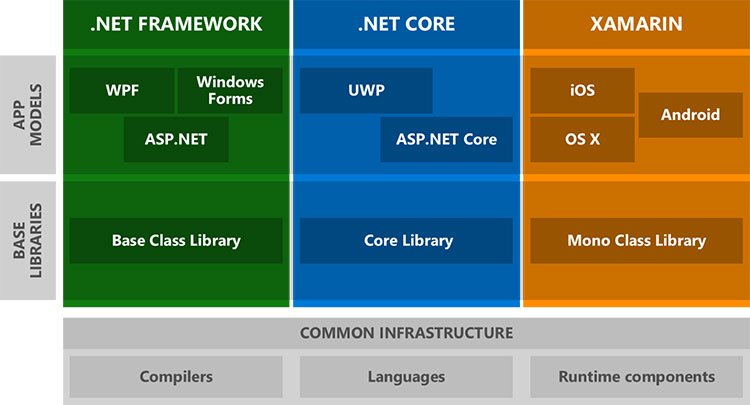 Angular 2 adoption is on a huge upswing and we may be just now realizing how much we may have underestimated Angular. The popularity of Angular 2 lies with strategic new concepts of modern web development and opinionated guides for enterprise adoption.

Based on Google search interest shows that interest in Angular continues to show long term growth, as shown below. What helps developers get started the quickest with Angular 2 - the CLI. The Angular 2 CLI boasts easy ways to create, bootstrap, run and test your next web application, from the comforts of the terminal. 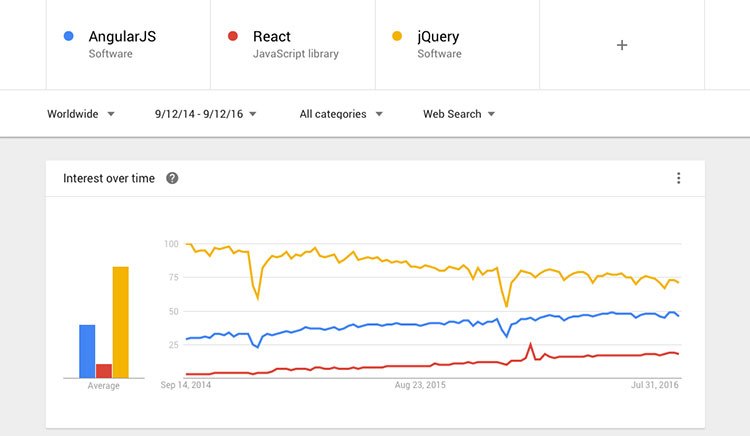 Did you know that most modern code editors offer an integrated terminal window? Yep, this is the same DOS or Bash terminal that you can open separately or just use the one embedded inside your editor for a smoother developer workflow. No longer do you have to keep switching windows - just stay in your editor of choice all day and fire up CLI commands.

The list of editors supporting integrated terminals is long, starting with popular ones like Visual Studio, VS Code (sample terminal view below), Sublime Text and many others.

Did I do just enough to pique your interest in modern CLI tools? Are you ready to dive head first into what the CLI tools look like for .NET Core, Git, Angular 2 and much more?

We have just the thing for you! A polished whitepaper that celebrates the resurgence of CLI tools for modern developers. You'll get an overview of tools and the practical hands-on guides on usage. And best of all - this is a simple PDF whitepaper. So don't go taxing your already busy day time. Take it with you - on a plane for productivity on the go or on a hammock for casual reading. Hope you enjoy!