The 2016 .NET Developer Community Report sheds light on popular technology choices, as well as developer attitudes towards the latest in the ecosystem. Read our highlights below and check out the full survey to see the insights we've uncovered.

As a company of developers dedicated to making the lives of developers easier, we are privileged to work for a community of over 1.7 million and growing. One significant part of this community is .NET-focused, which is why we surveyed over 1,000 .NET
developers on topics ranging from technology adoption, favorite tools and learning habits to trends and perceptions of the latest Microsoft technologies.

To see the full picture, download our survey report and enjoy the insightful commentary of our developer advocates John Bristowe, Sam Basu and Ed Charbeneau. Before you dive deep, warm up with this snapshot of the results. I know you will have as much fun looking at the results as we did. It’s a little like looking into a mirror, but seeing all the other versions of yourself that could have turned out.

Among surveyed web developers, 69% say all of the changes coming in ASP.NET make them feel excited. At the same time, 32% of surveyed web developers still develop new apps with WebForms, even though it is not supported in ASP.NET Core 1.0. This may be why the other 32% are in various stages of migration to another technology, and 36% have moved on to MVC and agree with the sentiment “ASP.NET WebForms is dead.” 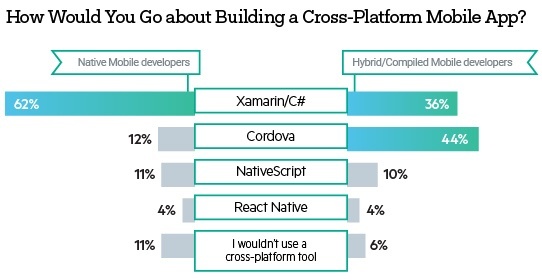 With the introduction of runtime environments such as UWP and Electron, the work of desktop developers now has much broader reach and the opportunity for innovation is ripe. However, only 8% of respondents are building applications using UWP, whereas 42% use Windows Forms and 46% WPF. Hand in hand with WPF goes XAML, which remains the most popular markup language among this group, with 50% of the respondents voting in its favor. This is ground for wider adoption of UWP in the future, as many could go the XAML/C# way to target this curious new platform. 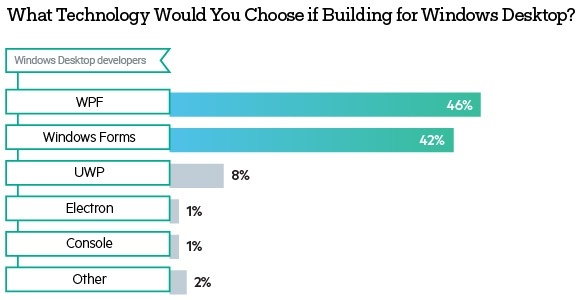 There is significant room to stand out and shine by growing one's expertise in the newer Microsoft technologies, which are currently plenty, and plenty unfamiliar. No wonder the report authors conclude that it's an exciting time to be a .NET developer.

For example, more than half of the respondents said they are not quite familiar with Universal Windows Platform (UWP). Its promise is to allow apps to run on any Windows-powered device, from desktop and mobile devices to IoT devices, including the HoloLens, Microsoft’s enticing bet on a holographically-enhanced future. Inside the report you can spot a number of other recent technologies where there is little going on at present but there’s big potential for reaching new frontiers. 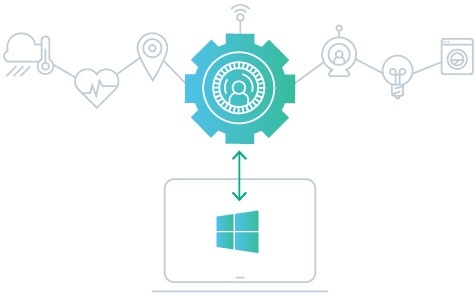 As for who wins: LESS or Sass; WPF or Windows Forms; VS Code or Notepad++, enjoy discovering the answers yourself inside the report.