We recap NativeScript Developer Day, the first ever event for NativeScript mobile developers—catch up on what you missed and relive the fun.

On September 19th and 20th, Progress ran the first ever, dedicated event for the NativeScript community called NativeScript Developer Day in Boston's South End neighborhood. The event brought about 130 people from 19 different US states and 4 different countries—a nice showing for a new and growing community! 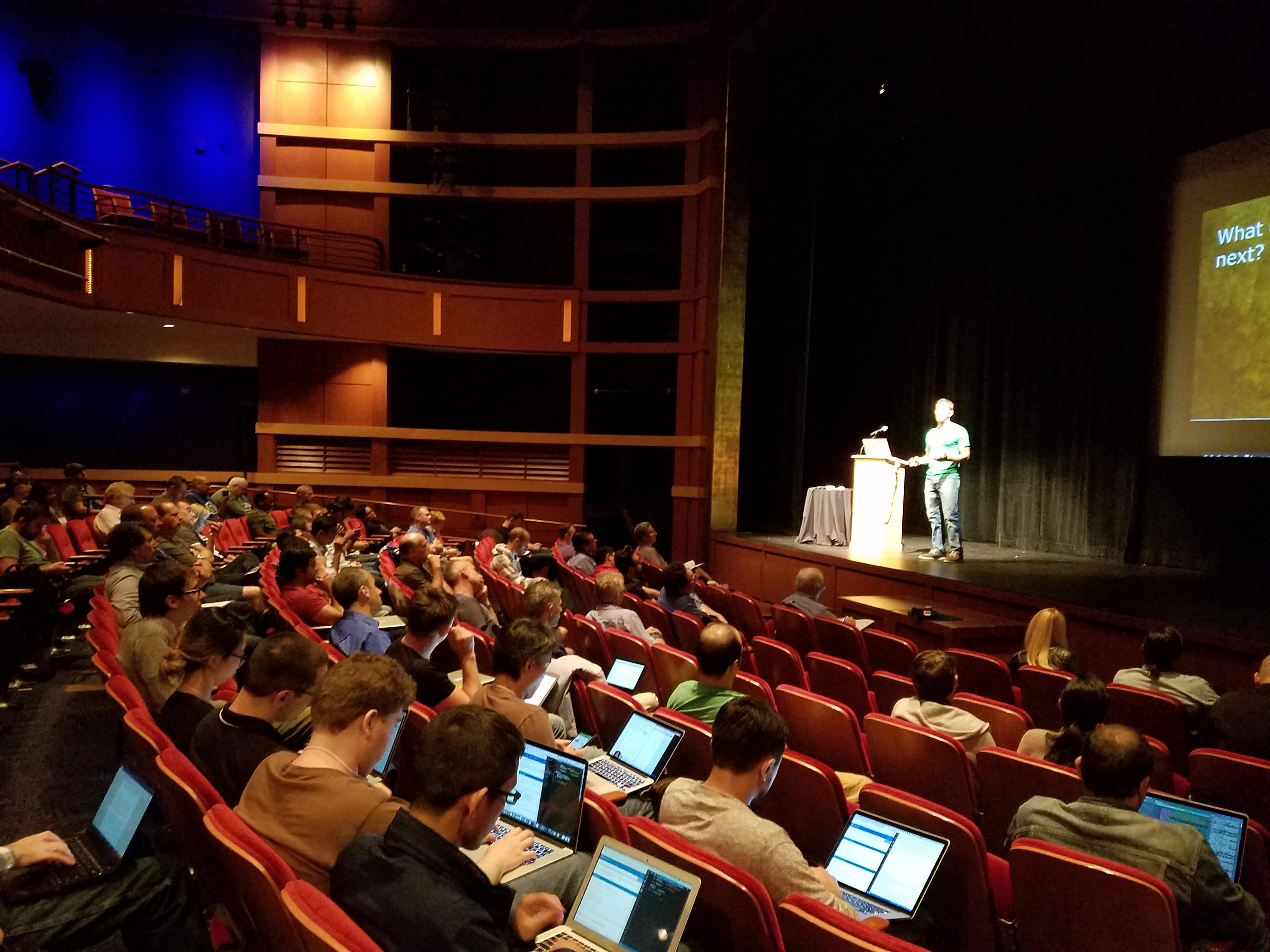 The event itself consisted of a full-day workshop with our very own TJ VanToll, Jen Looper and Sebastian Witalec. This was followed by a full day featuring 14 speakers and 12 sessions dedicated to both NativeScript and Angular 2 development. Sponsors included Microsoft, Rangle.io and Twilio, with additional gifts for attendees donated by Google.

After the event, we partnered with Boston's Mobile Tea meetup group to host a special edition of the meetup including free drinks, food and even Boston's famous Keytar Bear! 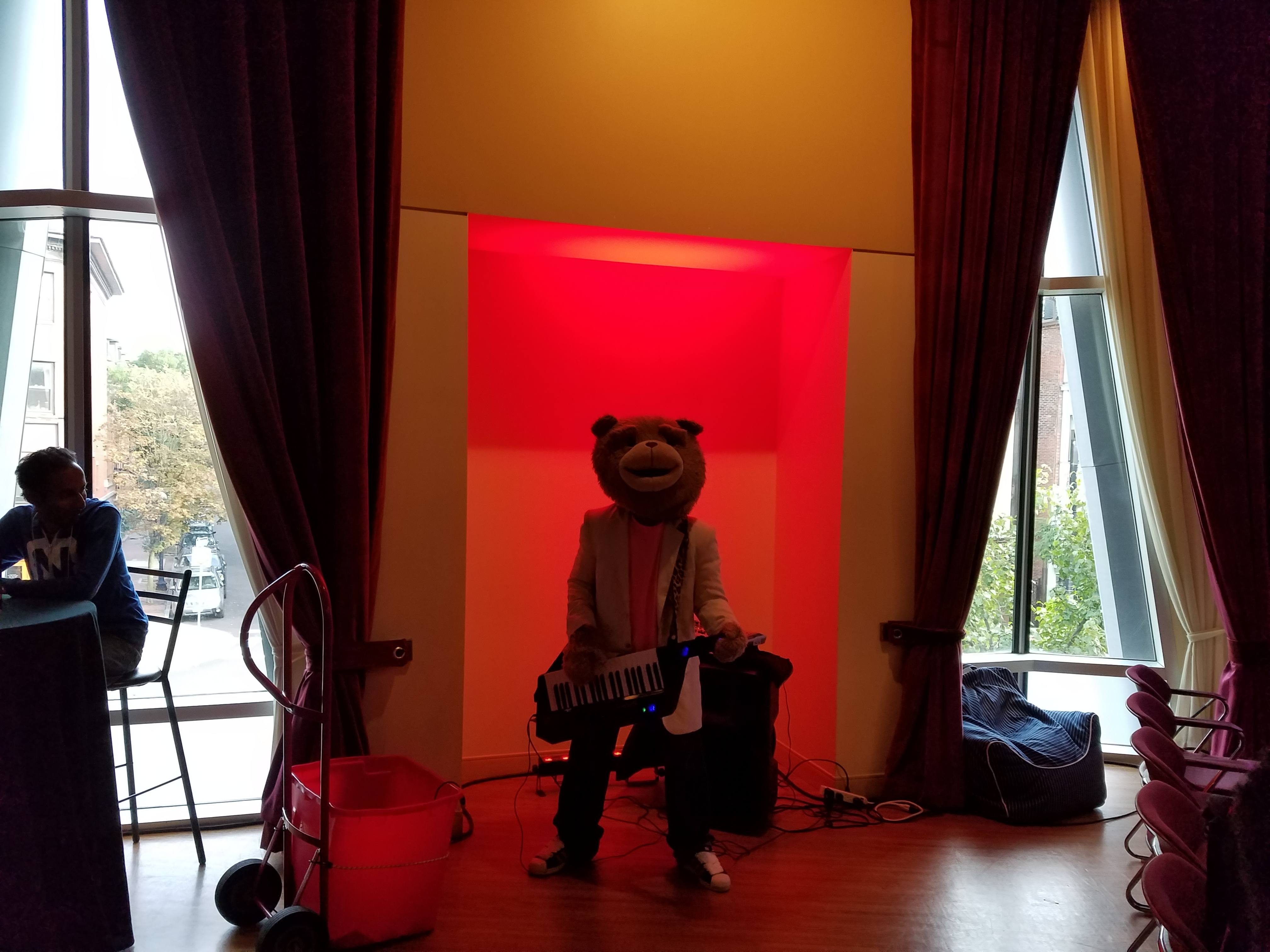 Did You Miss it?

NativeScript Developer Day was a ton of fun, but if you missed it, you still have the opportunity to take advantage of it. All of the sessions were recorded. For example, check out the awesome opening keynote from our very own Todd Anglin and Burke Holland that discusses how far the project has come and where it is headed in the future:

Or the inspiration and entertaining closing keynote from IBM's Raymond Camden where he shares about his own developer journey and how it has pushed him towards technologies, like NativeScript, that enable developers to have fun coding:

Other key topics included using unit testing NativeScript, Microsoft O365 in mobile applications, the business implications of NativeScript and Angular Universal tooling. You can find all of the other session recordings and slide decks in this GitHub repository.

The {N} Community on the Rise! 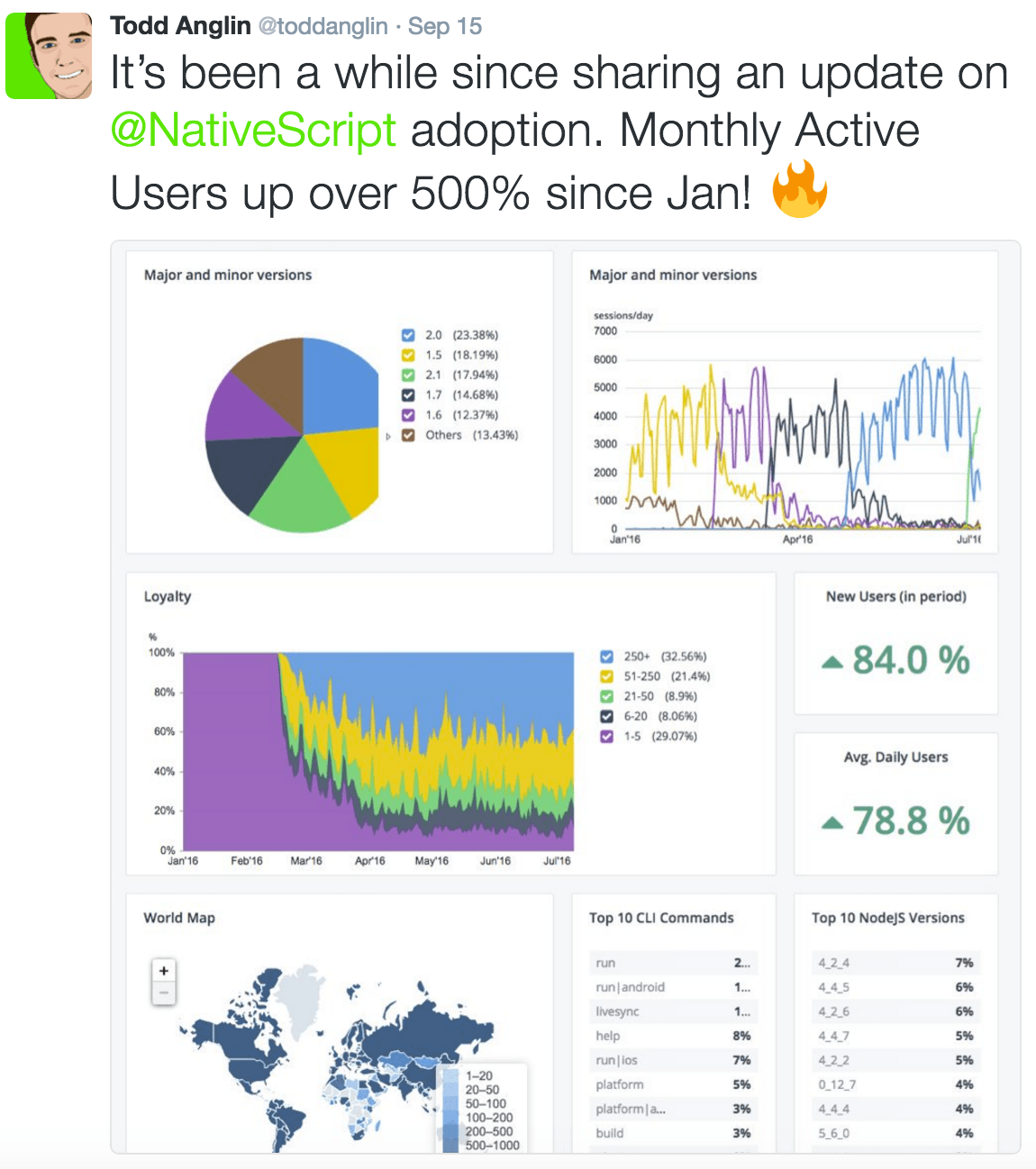 As shown in the data above, the NativeScript community has grown enormously this year—over 500% since January. Or, to look at it another way, NativeScript began the year with just over 3,500 monthly downloads on npm, but was downloaded over 20,000 times in September!

When experiencing growth like this, having an event like this was a great way for everyone to begin to put faces with names and establish relationships. We're thrilled with the results of the Developer Day, and hope you'll join us in helping NativeScript continue its enormous momentum into the future!