How to Install Windows 10 on Your Phone

Last week Microsoft announced the first preview of Windows 10 for phones. Unfortunately only six phones so far are eligible to receive the update - Lumia 630, Lumia 638, Lumia 635, Lumia 730, Lumia 636 and Lumia 830. If you have one of those phones around and you want to get your hands on the preview follow the steps below.

This is the earliest preview Microsoft have ever released so prepare for “experiences that are clearly just not done yet, and UX that lacks polish at this point.” Also make sure to backup and connect your device to a charger before you proceed.

At the end you should see the screen below. 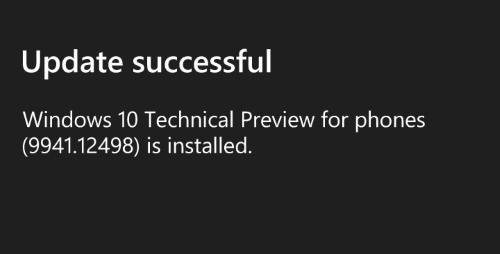