Getting Started with Nx in Angular

Sponsored by the Kendo UI for Angular team

Want to learn more about creating great Angular web apps? It all starts out with Kendo UI for Angular - a complete UI component library that allows you to quickly build high-quality, responsive apps. It includes everything you need, from grids and charts to dropdowns and gauges.

We on the Kendo UI for Angular team are committed to bringing you the latest tips and tricks in the world of Angular development. We hope you enjoy the post!

Nrwl Extensions (Nx) is a project started by Google developers. It is an open-source project that provides a set of extensions (schematics and builders) to extend the functionality of the Angular CLI. It provides commands for creating workspaces that contain multiple projects. Nrwl Extensions not only provides commands for managing complex and robust Angular projects but also for creating full-stack projects using Express and Nest.js.

In this article, we’ll look at how you can create and run a full-stack application using Nest.js and Angular. Both projects will be managed by Nx.

Before we get started, this article requires a basic understanding of Angular and Nest.js.

To use Nrwl, you have the options of installing it globally by running the following command:

Or you could leverage the power of npx to create a workspace using the create-nx-workspace:

If you wish to integrate Nx into an existing Angular application, run the following command in a terminal within your project folder:

This command will generate a workspace with no bootstrapped applications within. A workspace provides setup for listing using tslint, editor support for linting using tsconfig.json and prettier for code formatting.

It also provides a jest config file for quick testing. Jest is a testing framework by Facebook.

Next, we’ll see how we can create and serve a frontend application that runs on Angular using the CLI and Nx.

Nx provides a visualization tool that lets you see how the projects within your workspace are connected. You can access this tool by running the following command: 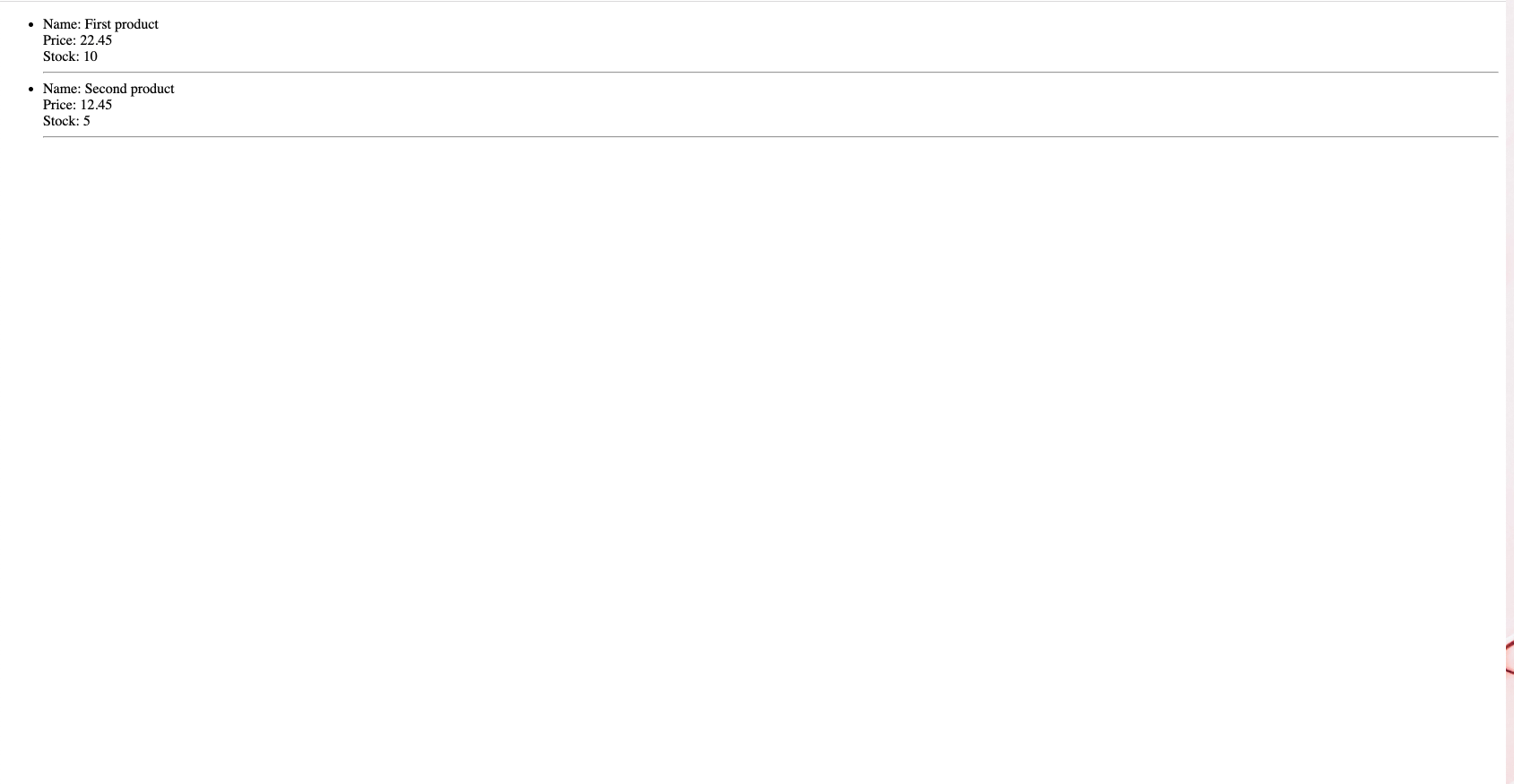 The screenshot above shows how the projects in the workspace are connected. Next we’ll create the frontend application using the CLI.

Run the following command on a terminal within the project folder:

After running this command, you’ll see different prompts. Let’s walk through each one:

The next prompt is about routing. If you wish to create routes in your application, reply with y or you can skip this prompt.

PS: You can always add routing later on in your application.

The next prompt is asking about your stylesheet of choice. If you prefer working with pre-processors, you can choose whichever you’re most comfortable with.

Here you have to choose the unit test runner you want to use with your application. Jest has been configured for the workspace already, so I’d recommend it. But you can still choose Karma if you’re more comfortable with it. It’s great to have options and Nx does well providing these options.

Then you have the e2e prompt. You can use either of them, whichever suits your application.

Finally, there’s the tags prompt, which you can leave blank. This prompt is asking for tags you wish to add that will be used for linting in your application:

Again, you can leave this blank.

This should start your application on http://localhost:4200.

Nx provides a command to integrate state management into our application using @ngrx/store. Running the command below will generate actions, effects, and actionTypes for populating your store and a reducer for acting on the dispatched actions. To read more on using @ngrx/store, you can visit their official website and read through their robust documentation.

Run the following command to add state management to the my-store application:

The command above tells the CLI to generate an ngrx store named todos in the my-store app module. If you check your apps/my-store/app folder, you should see a newly generated folder named +state. It contains files for actions, effects, selectors, and reducer. It also contains spec files to test them.

The backend application will be making use of Nest.js. According to the documentation:

Nx offers two frameworks for creating backend applications: Express and Next.js. We’ll be going with Nest.js because of how similar it is to Angular and how it integrates seamlessly with Angular applications. It breeds familiarity because Nest.js uses similar techniques for development. They use modules, providers, and pipes just like Angular, and controllers in place of components.

By running this command, you’ll be faced with some prompts asking about your framework of choice, the unit testing framework, etc. The framework for this project is Nest.js, so ensure you select that option.

After the command has been run successfully, start the server by running the command below:

Then you can visit http://localhost:3333/api. Your view should be similar to the screenshot below: 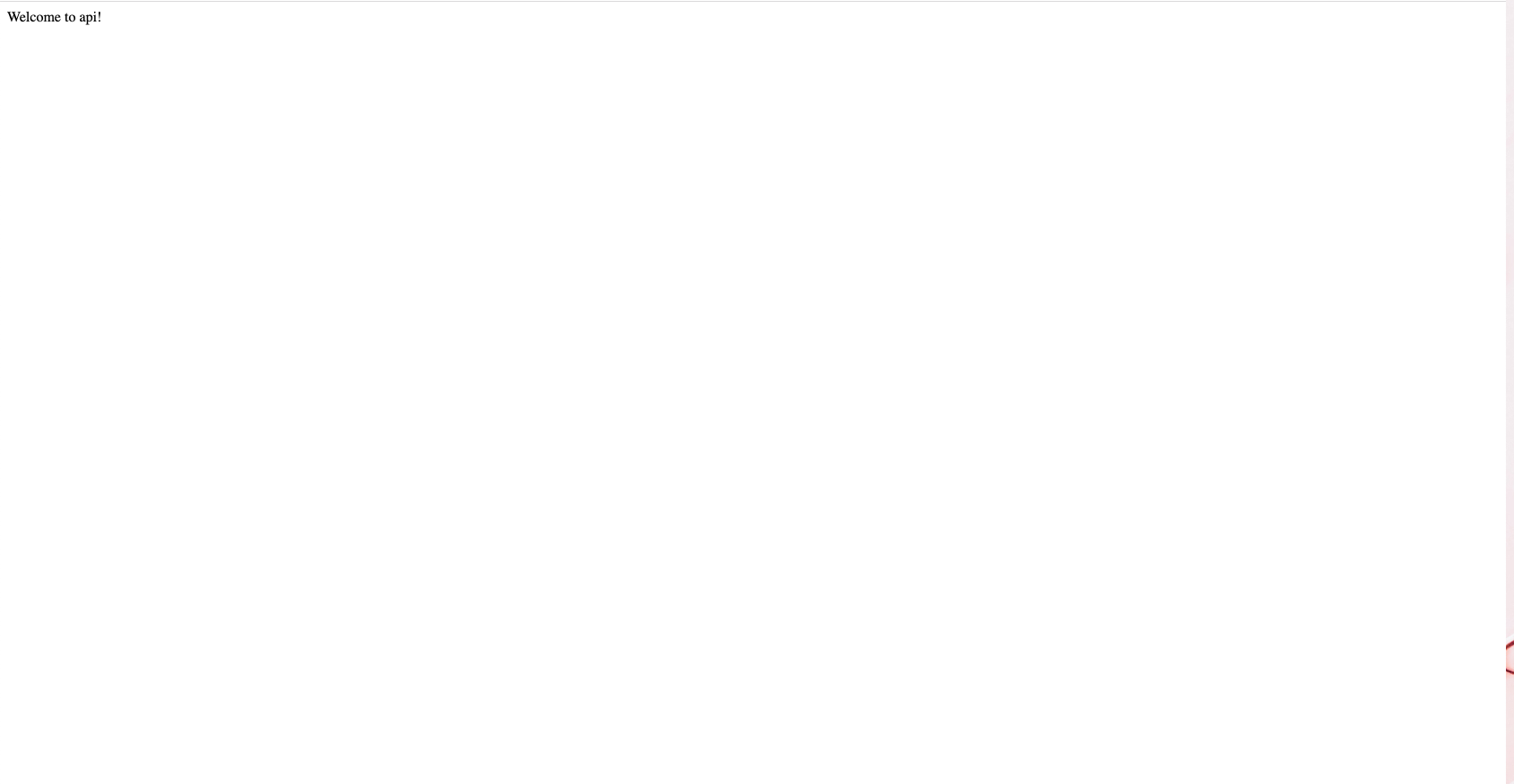 Let’s see how we can make requests to the backend application. Nx made this easier by creating a proxy to the backend. Within the my-store app, there’s a file proxy.conf.json, and within the file there’s the setup for proxying requests:

Which means, if we want to communicate with the backend, we’ll make requests to /api endpoint and it’ll proxy to http://localhost:3333.

Next, let’s update the Angular application to fetch items from the backend(store-api). Open the apps/my-store/src/app/app.component.ts file and update it to make a request to the server using the HttpClient:

Then we’ll update the view template to render the list of products. Open the apps/my-store/src/app/app.component.html file and copy the snippet below into the file:

In the Angular application, we’re making a request to the api/products endpoint. This route hasn’t been created in the node application. Let’s update the app controller to create a products route that returns a list of products.

Open the apps/store-api/src/app/app.controller.ts file and update it to be similar to the code below:

Then update the service file (app.service.ts) to return the list of products:

Start the node backend by running the following command (ng serve store-api) and the frontend using ng serve my-store. Navigate to http://localhost:4200 and you should see something similar to the screenshot below: 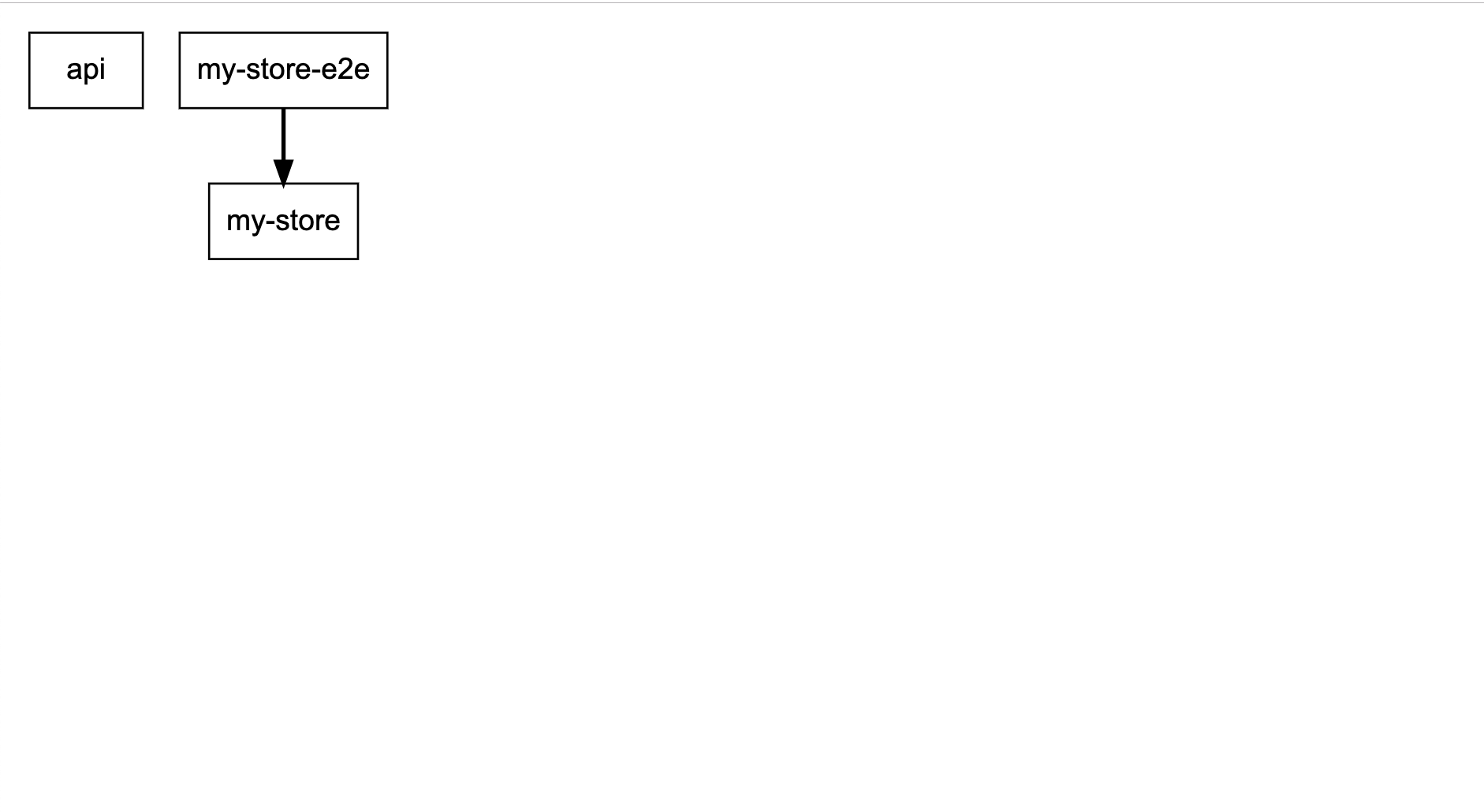 We’ve successfully set up a full-stack application with the help of Nrwl extensions. Nx is also useful for creating libraries — you can set up these libraries to communicate with your backend and frontend applications. You can also set up a library that can be easily published to npm. To learn more about creating libraries using Nx, visit their official documentation here.

In this article, we’ve seen how we can use Nx to create a full-stack application. The application will feature a frontend application built with Angular and a backend application that uses Nest.js. Nx provides extensions to the Angular CLI that help us manage workspaces that can feature multiple applications and libraries. These workspaces feature setup that supports linting using tslint and prettier for code formatting. Visit the project’s official documentation to read more about the project.