Easily Set Up Kendo UI for React Development with nwb

In this screencast, Cody Lindley walks you through a quick and easy way to set up Kendo UI for a React development environment using nwb.

One Way: Avoiding a CLI Tool for Transparancy

I recently wrote an article, "Taming the React Setup," which details seven development setups that will get you going with React development. The last two setups in the article detail how to use SystemJS/jspm.io and Webpack with React to create a minimal application development setup. These examples also showcase the up and coming Kendo UI for React components. I purposely made these two setups minimal and transparent in terms of tools used. In other words, I avoided using a CLI tool to scaffold a development environment so as not to conceal the details of the setups. I did this not because you shouldn't use a black boxish scaffolding tool (use them if you know what they do in detail), but so that anyone new to React development could get a clear view of the tools used to set up a React app.

Using a Scaffolding Tool to Develop Quickly and Simply

After writing the article I realized that it might be nice to get going with Kendo UI for React as fast as possible in the context of a web application, at the cost of tool transparency. By using a React scaffolding CLI tool, setting up Kendo UI React components for use in a React app can happen quickly and simply without needing to understanding the underlying app tools (i.e. Webpack, hot reloading, Webpack plugins, Babel, configuration files etc...).

However, be aware that at some point you'll be forced to gain a deeper understanding of the tools that are being scaffolded. Mostly because the scaffolding itself has to be configured, and that will require knowledge of the underlying tools. But, for now, lets proceed as if ignorance was bliss and/or scaffolding is king. (To be clear I'm not knocking ignorance, bliss, or scaffolding. Each has a place and a time. And often at the same time.) 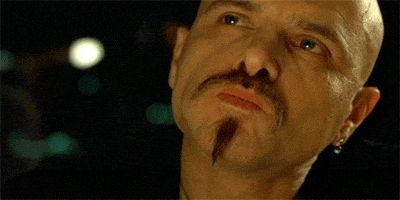 So, we don't want the overhead of the setup to stop you from using or previewing Kendo UI for React.

The React nwb CLI tool makes it possible to sidestep the overhead of setting up a React application. Thus it is the perfect solution to preview or get up and running fast with Kendo UI for React. The React nwb CLI tool is also a great solution if you already understand all of the setups tools. By using it you can automate/expedite the process of setting up a React application.

In the following video I am going to walk you through how to use nwb so you can start using Kendo UI React components almost immediately.

How To Implement a Standard Search Using React