Tools like Fiddler make it far easier to debug networked apps. It's impossible to count the number of times I've used it in my career. Let's just say it's saved me many hours of debugging. In fact, it's been so useful to me in the past that it's now a mandatory tool. 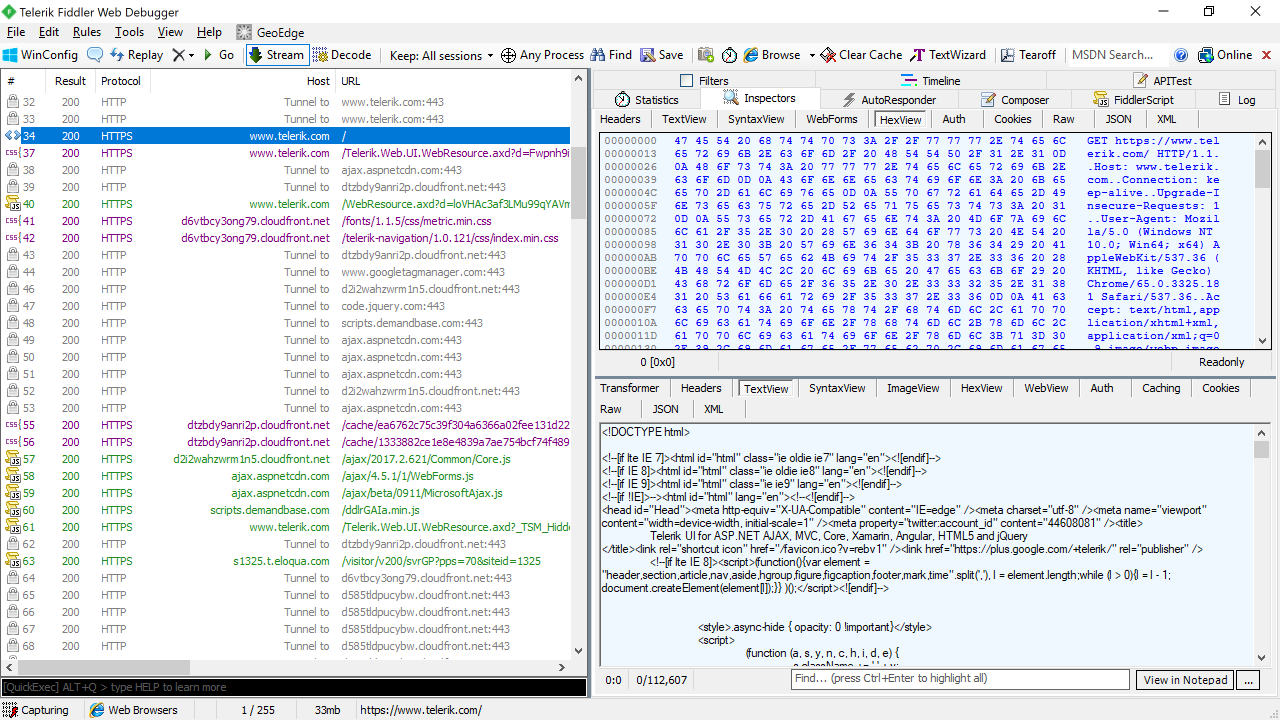 Fiddler is incredibly useful when you need to know what's on the wire. This is important when building apps that involve the network. As you become more proficient with Fiddler, you begin to appreciate advanced features like breakpoints, the AutoResponder, QuickExec, and the Request Builder. These are powerful capabilities of the tool that can help you debug performance and security issues. At DevReach, the tool's creator - Eric Lawrence - demonstrated a few of the ways to do just that:

I've seen Eric speak a few times about Fiddler. Every time, I've learned a new technique or feature that I can apply immediately. His talk at DevReach was no different. If you watch the video (above), Eric covers how certain compression protocols and image formats can help improve web performance. In both cases, Fiddler can be used to highlight scenarios where performance can be improved. Fiddler can also used to highlight where security can be improved. For example, did you know that Fiddler can mimic request tampering? This is a common scenario you see in many mobile apps. In his talk, Eric covered security extensions that are available and how to use features in Fiddler to visualize security-related information.

DevReach is our premier developer conference in Central and Eastern Europe. In 2017, it featured 30+ presentations delivered by 20 world-renowned speakers. These presentations were recorded and we're pleased to make them available online for everyone. The playlist for these videos is available on YouTube: DevReach Conference 2017.