Debouncing and Throttling in JavaScript

This article talks about two important techniques, Debouncing and Throttling, to enhance your website performance. Learn about both concepts with the help of real-life examples and see how you can implement them yourself.

In this article, we will discuss debouncing and throttling techniques that can not only enhance the performance of your website, but also prevent unnecessary API calls and load on the server.

Debouncing and throttling techniques are used to limit the number of times a function can execute. Generally, how many times or when a function will be executed is decided by the developer. But in some cases, developers give this ability to the users. Now, it is up to the user to decide when and how many times to execute that function.

For instance, functions attached to events like button click, mouse move, and window resize allow the user to decide when to execute them and how many times to do so. At times, users may perform these actions more frequently than it is required. This may not be good for the performance of the website, especially if the functions attached to these events perform some heavy computation. In such cases, where users have control over function execution, developers have to design some techniques to restrict the number of times users can execute the function.

Let’s consider an example of a search bar on a website. Every time you type something in the search bar, it makes an API call to fetch the data from the server on the basis of the letters typed in the search bar.

Let’s have a look at the code. For simplicity, we have not passed the parameter (that is, the word typed by the user in the search bar) to the makeAPICall function.

Here’s, the HTML file for the search bar:

Moreover, these API calls are redundant! We could have fetched the desired data in just one API call after the user had completed typing. But, how can we decide if the user has stopped typing? In such a case, we could have assumed that if the user doesn’t type for 200 milliseconds then he is done with typing. We will call the makeAPICall function only if the user doesn’t type for 200 milliseconds. So basically, in this case, we have limited the number of times our makeAPICall function was called.

Let’s try to understand both these concepts with the help of a real-life example:

This is what throttling is!

Throttling is a technique in which, no matter how many times the user fires the event, the attached function will be executed only once in a given time interval.

For instance, when a user clicks on a button, a helloWorld function is executed which prints Hello, world on the console. Now, when throttling is applied with 1000 milliseconds to this helloWorld function, no matter how many times the user clicks on the button, Hello, world will be printed only once in 1000 milliseconds. Throttling ensures that the function executes at a regular interval.

We’re going to implement throttling later in the article.

Consider the same cake example. This time you kept on asking your mom for the cake so many times that she got annoyed and told you that she will give you the cake only if you remain silent for one hour. This means you won’t get the cake if you keep on asking her continuously - you will only get it one hour after last time you ask, once you stop asking for the cake. This is debouncing.

In the debouncing technique, no matter how many times the user fires the event, the attached function will be executed only after the specified time once the user stops firing the event.

When You’ll Need Them

Debouncing and throttling are recommended to use on events that a user can fire more often than you need them to.

Debouncing and throttling are not something provided by JavaScript itself. They’re just concepts we can implement using the setTimeout web API. Some libraries like underscore.js and loadash provide these methods out of the box.

setTimeout is a scheduling function in JavaScript that can be used to schedule the execution of any function. It is a web API provided by the browsers and used to execute a function after a specified time. Here’s the basic syntax:

The setTimeout function returns a timerId, which is a positive integer value to uniquely identify the timer created by the call to setTimeout; this value can be passed to clearTimeout to cancel the timeout.

Here, delayFuncExec will be executed after 100 milliseconds. timerId will store the integer returned by the setTimeout function.

Here’s the HTML for throttling example:

And here’s the JavaScript code for throttling example:

The above code renders a div with a scrollbar. We have added an event listener on the scroll event. Each time the user scrolls, an anonymous function is called that prints the number of times the scroll event is fired. When the user scrolls, we want to execute the makeAPICall method. But, as this method is heavy, attaching it to a scroll event directly will cause it to fire frequently. This may cause unnecessary load on the server. To prevent this, we have used the technique of throttling.

Let's examine the above code line by line:

Here’s the HTML for debounce example:

Here’s the JavaScript for debounce example:

The above code renders an HTML page with a textbox. We have added an oninput event listener on the textbox that gets fired each time the user types something in the textbox.

When the user types something, we want to call the makeAPICall method that makes an API call to fetch the data. But, as this method is heavy, we do not want to call it each time the user inputs something in the textbox. So instead of calling it directly inside the anonymous function, we have called a debounceFunction function inside which makeAPICall method is called.

Let's understand more about the debounceFunction:

Let’s examine the above code line by line:

Thus, no matter how many letters the user types in the textbox, the debounceFunction will execute the makeAPICall method only one time after 200 milliseconds - after the user types the last letter. And that’s debouncing!

Use of Debouncing and Throttling in Real Life

In this article, we understood the concepts of debouncing and throttling along with their uses in the real world. We also implemented both the concepts using HTML and JavaScript. 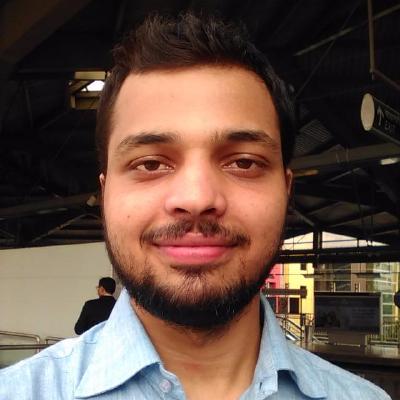 Rupesh Mishra is a full-stack developer, freelance blogger and tutor. He writes about JavaScript, Python, Kubernetes, and MongoDB.