19 Answers 487 Views
Chart
This is a migrated thread and some comments may be shown as answers.

Rank 1
Randy Minder asked on 08 Dec 2011, 01:25 AM
I just downloaded Telerik WPF controls because we're interested in the charting control. What is the difference between RadChart and RadChartView?

RadChart is our current official charting offering that allows you to visualize interactive, rich, animated charts that enable the end users to analyze complex data. This control has been around for quite some time now and provides rich and mature functionality that covers a large spectrum of user case scenarios.

On the other hand, RadChartView (released as a BETA version with the Q3 2011) is a control that addresses some of the limitations and deficiencies that we have identified in the RadChart implementation over the years (we chose to implement a separate control in order not to break backwards compatibility).

Here are some of the most important highlights:

Generally we would encourage you to use the new ChartView control for any new project development that you are starting now. As for existing applications -- if you are satisfied with the RadChart implementation you are using now, it probably would be best to leave it be as there is no straightforward migration path between RadChart and RadChartView (migration is possible but some concepts are implemented differently in the new control, and some features are still missing -- we hope to achieve almost complete feature parity between RadChart / RadChartView by Q2 2012).

Explore the entire Telerik portfolio by downloading the Ultimate Collection trial package. Get it now >>

Rank 1
answered on 20 Jan 2012, 07:28 PM
I am trying to use RadPieChart (RadChartView) but I could not find any information on how to link the data series to legends. All the example code you have is manually creating rectangles for legend symbol and textblock for legend label. But how to you highlight a legend item when the corresponding data point is selected in the chart?

RadChartView currently does not ship with a legend. This means that the functionality you require is not available out of the box. After careful reevaluation when building the new chart control we have seen that customers put far less emphasis on the legend then initially thought and we are currently focusing on more core features such as performance, virtualization and memory consumption.

We do still have plans to introduce a legend and make it great. It will take some time though and we haven't scheduled that one for a particular Q release yet, so I cannot commit to a date. Let us know if you feel this feature requires a higher priority so that we take that into consideration.

Explore the entire Telerik portfolio by downloading the Ultimate Collection trial package. Get it now >>

Unfortunately Empty Values feature did not make it for the Q1 release. We will ship this feature with Q2 in the summer.

Please accept our sincere apologies for this delay.

So what happens if I have an empty value then? How does the chart treat the value? As a zero value point? Does it draw a point/line for this zero point?

Is the value ignored somehow?

Or is it so not handled that the program explodes with when receiving NULL points?

By the way.. focusing on perf was the right move.  Anytime I had 3 or 4 of your other charts on one page it would hang REAL bad.  This one is VERY fast... :)

All the best,
Vladimir Milev
the Telerik team
Sharpen your .NET Ninja skills! Attend Q1 webinar week and get a chance to win a license! Book your seat now >>
0

Rank 1
answered on 29 Feb 2012, 09:25 AM
Really great to stumble upon these comments on RadChartView -- we were looking at our options because three charts + legend-without-a-chart was causing performance issues with RadChart.

So we'll second the comment above -- focusing on performance was the right move :D.

(Edit: Issue removed as I found a working c# example in documentation).

Rank 1
answered on 08 May 2013, 05:36 PM
This thread, esp. Giuseppe's Dec 9, 2011 post, and this article http://www.telerik.com/help/wpf/radchartview-radchartview-vs.-radchart.html are helpful for understanding differences between RadChart and RadChartView and what you're trying to do with RadChartView.

Is RadChartView getting any love from management?

What is the status of RadChartView support for these features:

Since that post from almost a year and a half, the majority of our development effort has shifted to RadChartView. We have introduced a ton of new features (multiple axes, axis customization properties, implicit styles support, UI virtualization, ScatterSpline(Area)Series, Range(Bar)Series, DoughnutSeries, 8 chart annotation types and Light Render Mode series to name a few).
RadChartView is now our premier charting product for WPF/Silverlight. Its efficient and high performance engine made it suitable for use in other platforms and that is why RadChart for Windows 8 XAML and RadChartView for WinForms were derived from the same code base.

That said, here is a quick status update on the features you mentioned:

I looked at the demos and help topic for RadLegend and played with RadChartView in a WPF project.

So far, it looks like I can do everything I need to do with RadChartView.
0

I am very new to Telerik,

My question is what is the alternate of radchart's

How we can fix the x axis value of a line chart in rad cartesian chart. for eg.

Please let me know if have any query.

To achieve your requirement you can simply set the Minimum and Maximum properties of the corresponding axis. For example on the LinearAxis.

Hey @Martin Thank you for your response.

Now I am able to achieve.

But now unable to bind the data with series.

The posted code snippet should work as expected. Can you tell me what exactly doesn't work?

If you want to data bind the series you can check the Populating with Data section in the RadChartView documentation. I hope this helps.

Hey thank you for quick response..

data is not binding with the graph, although I can see the empty graph there.

this is xml code where I am binding the data to graph.... 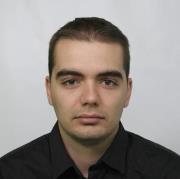 My name is Dinko and I'm stepping in for my colleague Martin, who is currently out of the office.

Thank you for the provided code snippet.

Looking at this code snippet I can't see which series is applied to the chart. However, two LinearAxis are set so my assumption is that you are using ScatterSeries. Correct me if I am wrong. Basically, ScatterSeries require to have LinearAxis as a vertical and horizontal axis. I have prepared for you a sample project which demonstrates how you can bind ScatterLine series for example. Give this project a try and let me know if I were able to help you.

Regards,
Dinko
Progress Telerik
Get quickly onboarded and successful with your Telerik and/or Kendo UI products with the Virtual Classroom free technical training, available to all active customers. Learn More.
0

Hey thank you very much...

I was binding with  with LineSeries( Line series require linear and categorical).

So, Only I was unable to fixed the X axis.

ScatterLine series worked for me.

Thank you again. Have good time.