New Release! Check out the new components and features & watch the Telerik and Kendo UI R1 2023 release webinars to see them in action!

Do you have an Sample with two separate Grid communicate together ? an Master Slave with Separate Grids ? 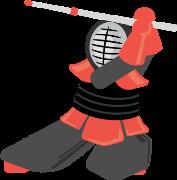 The example that you've referenced relies on the built-in HTML Drag and Drop API and this is the recommended approach of implementing such behavior at the moment.

As a side note, I want to mention that we are currently preparing a Knowledge base article on how to drag rows between two Grids (bi-directional). Soon it will be available on our site.

As for dragging rows between master and child Grids (in Master-Detail Grid), there is no available demo that I can share at the moment, but the logic for implementing the same should follow the same pattern demonstrated in the example that you've referenced in the comment (using HTML Drag and Drop API). However, implementing such functionality is considered a developer effort.