Map is not showing all data points

3 Answers 45 Views
General Discussions
This is a migrated thread and some comments may be shown as answers.

I have a map which I need to put points very close to each other. The distance from each other should be less than 1 meter. The points must also overlap each other. However, I'm facing an issue which I cannot find a good logic on how it works.

The attached picture consists of 10 points with the same longitude, but only different latitude. Each has unique Id field. To each point has been added 0.0001 latitude (which translates as roughly 1.12meters). My issue is that points 1,2,5,6,9,10 look great. However 3,4 and 7,8 are grouped/combined/on top of each other. How is it determined which to group and how?

I can provide more information if needed. 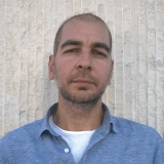 This behavior is due to a precision loss. The interpolating functions that calculates the point position on the graph area based on its coordinates, works with float numbers for performance reasons. Given that the differences between the numbers are < 0.00001, converting the numbers to float produces the same float output for points that are close to each other.

However, the Map item is not designed to be used in scenarios where such precision is needed. Its purpose is to be used to display aggregated data over geographical regions, rather than showing points at a precise locations. Of course, if such a feature proves to be important for our users, we will consider its implementation, that's why you can log it in our Feedback & Ideas portal so the community can vote for it.

Regards,
Ivan Hristov
Progress Telerik
Do you want to have your say when we set our development plans? Do you want to know when a feature you care about is added or when a bug fixed? Explore the Telerik Feedback Portal and vote to affect the priority of the items
0

You are right regarding the delta, I have written a zero less. It should have been 0.00001
I am aware that the case I have is not very well suited for the framework, but I couldn't find any known limitations on the documentation. Thank you for the clarification.

Could you elaborate on what the upcoming in Q3 Heatmap addition will contain? I have seen it on your roadmap: https://www.telerik.com/support/whats-new/reporting/roadmap
0

You are right, the precision limitations was not mentioned in the documentation and this is now fixed.

We're working in a dynamic environment and our targets and priorities for the next releases may change. This is the case with the Heatmap item - its implementation will be postponed for a subsequent release of our product. Based on the votes in our Feedback portal, it appears that the community considers other features more important than the Heatmap. We'll have it removed from the roadmap as soon as possible and replaced with the features we're committed to implement for R3 release.

As for the Heatmap implementation - we'll consider the details during the design stage, but surely the item will cover the non-geographical scenarios like TreeMap, because for colored geographical representation we already have the Choropleth item

Regards,
Ivan Hristov
Progress Telerik
Do you want to have your say when we set our development plans? Do you want to know when a feature you care about is added or when a bug fixed? Explore the Telerik Feedback Portal and vote to affect the priority of the items
Tags
General Discussions
Asked by