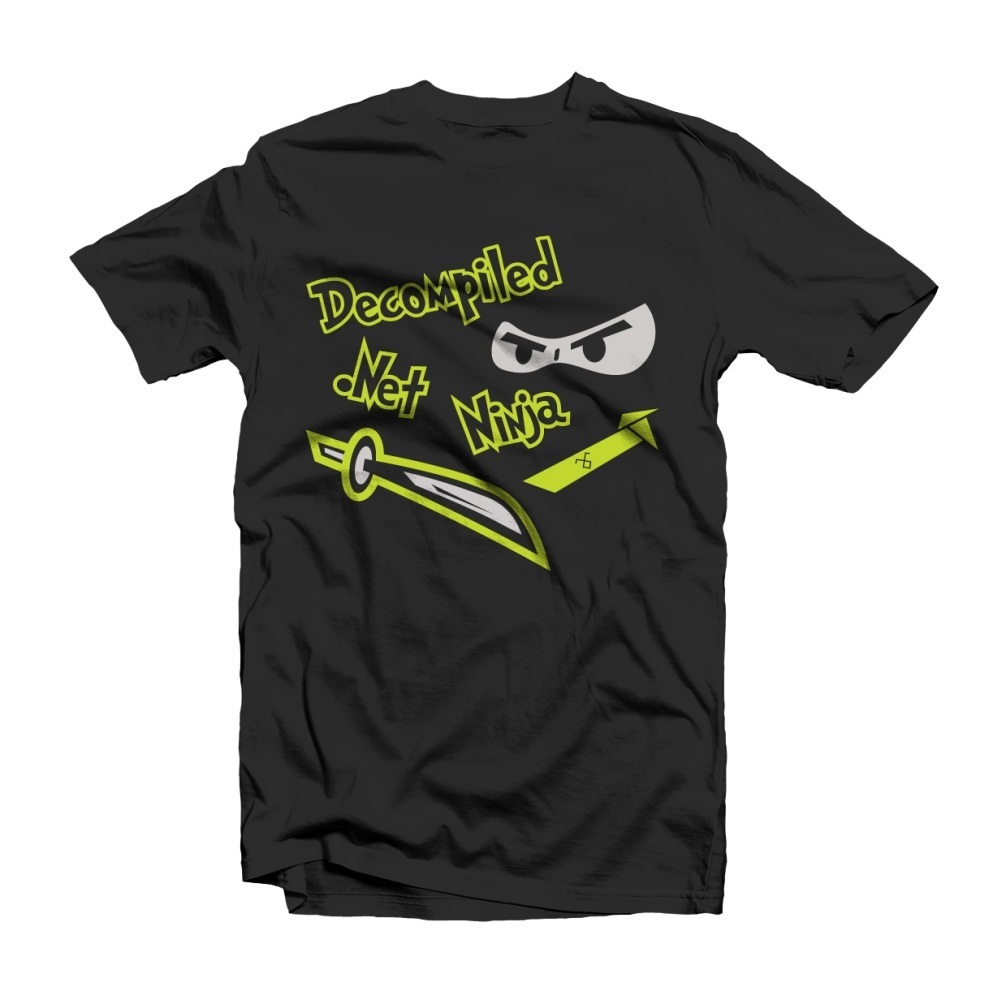 Until now, the T-shirts were not available to the public, but in recognition of the JustDecompile official version release, we will give away 50 Deco-Paks containing the limited edition JustDecompile T-shirt along with a bottle-opener, stress-ball and more (marginally useful paraphernalia).