A new quarter brings a new release of the Just products (JustCode, JustMock, JustTrace and JustDecompile). These tools have always been great, but now they are even better. Our goal is to make you the fastest and most productive developer you can be, while at the same time giving you the tools that can help you write great code. I think you will definitely like what we have in store for this release.

JustCode is designed to help make you a faster developer, and the new features released in 2014 Q1 are aimed at helping you deliver features even more quickly. One of the most popular features of JustCode is the integrated test runner. As always the test runner supports all major .NET unit testing frameworks (NUnit, MSTest, MbUnit, xUnit) as well as many popular JavaScript based testing frameworks (QUnit and Jasmine).

In Q1 we’ve added JustTrace integration to the JustCode test runner. This means that you now have the ability to profile your unit tests! This is extremely helpful in situations where you may have a computationally complex piece of logic or a process that is memory intensive. Instead of profiling the entire application (including any manual steps to initiate functionality in question) you can use a unit test to target this code specifically. This makes it much easier and faster to profile this these activities and enables you to focus on the results for that specific piece of logic. All of this helps you deliver well tested and profiled functionality faster and easier by focusing on your code, not how to profile it.

JustMock users will benefit from several terrific new features added for Q1. The first feature deals with how you add references to JustMock. Sometimes adding references from a library to a project can be a pain. Locating the specific assembly you are supposed to reference and ensuring that it’s the correct version can be difficult, especially if the documentation for the library is unclear or incomplete. And then what happens when you get a new release of the library? You have to remember to go back to all of your projects and “fix” the references to point at the new version.

For users of JustMock we’ve implemented a great solution for this problem. Once you install JustMock you will have the ability to have JustMock add and update its references for you (figure one); 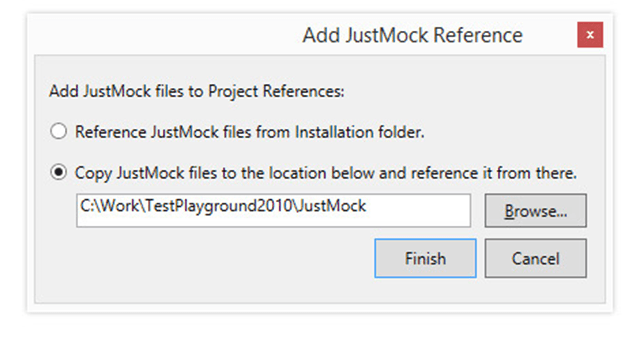 Figure 1 – JustMock will take care of that reference for you!

Now I don’t have to spend a lot of time adding the initial reference, which gets me writing tests faster. And when an update for JustMock is released, I’ll be reminded when I open a solution that uses the older version. And it gets even better; in addition to reminding me, JustMock will offer to update my reference automatically! It doesn’t get any easier than that.

And for those of you who may be wondering, yes; JustMock Lite is and will continue to be available as a NuGet package.

Continuous Integration and automated builds have become more and more popular over the last several years. But sometimes these automated build environments can be difficult to setup and configure. Once again, JustMock is here to help developers using TFS as their build environment by providing a Code Activity Workflow specifically for JustMock test projects. Simply fill out the easy to use dialog (figure two) and your JustMock test project will be run as part of your build. 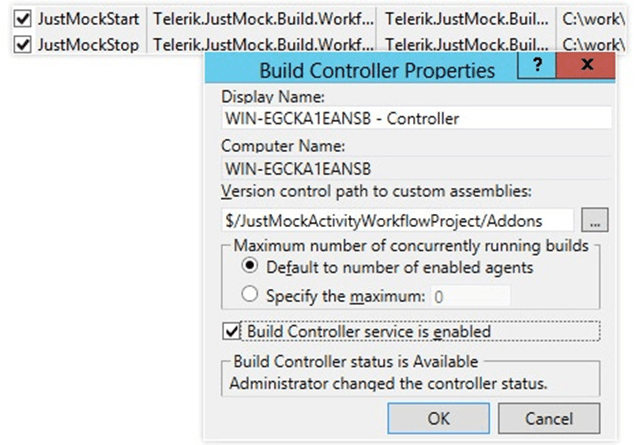 In addition to the JustCode integration mentioned above, the JustTrace team has been hard at work adding some great new features to this already amazing .NET profiling tool. The Q1 release brings you the ability to now not only profile .NET applications, but to also profile native and mixed (native and managed) code as well. Now you can use the same profiler you use to profile your .NET applications to profile applications written in C++! The Mixed Mode profiling means that you can profile not only your managed code, but also the unmanaged code in your application as well. Did you inherit a non-managed DLL from another department? Is its performance a concern for you? Well now you can profile the entire application (managed and unmanaged) and know exactly where your performance problems are. And you can do this from one profiler; JustTrace.

Profiling from a Dump File

If you’ve ever deployed code to production you’ve probably encountered issue at some point where your code behaved differently in the production environment than it did in development. In the past finding the cause of these difference was complicated, tedious and potentially dangerous. With JustTrace it doesn’t have to be this way. In the Q1 release of JustTrace we’ve added the ability to create dump files from already running applications and then analyze them as memory snapshots. This means that you can see where the performance problems are in production without having to perform a profiling session in that environment. This means more uptime for your application and less time attempting to figure out how to recreate a problem; JustTrace will analyze your dump file and let you know where the problem is.

This has been an active quarter for the Just products. As always our goal has been to help you be a faster developer and wow your co-workers with what you can do. I think the new features in the Just products for this quarter definitely fit the bill. Over the next several weeks I’ll be blogging about many of these new features and how to use them to their fullest. In the meantime I urge you to join us for the DevCraft Q1 2014 Release Online Conference. We’ll be demonstrating many of the great new features in this quarters release of DevCraft and showing you have DevCraft can solve your top five .NET Challenges.