Software must cope with memory usage, and there are two ways to manage it: manually and automatically. Manual memory management is prone to errors, especially with exceptions and asynchronous code. This is why modern managed environments (.NET, Erlang, and many more) implement automatic memory management with garbage collection. 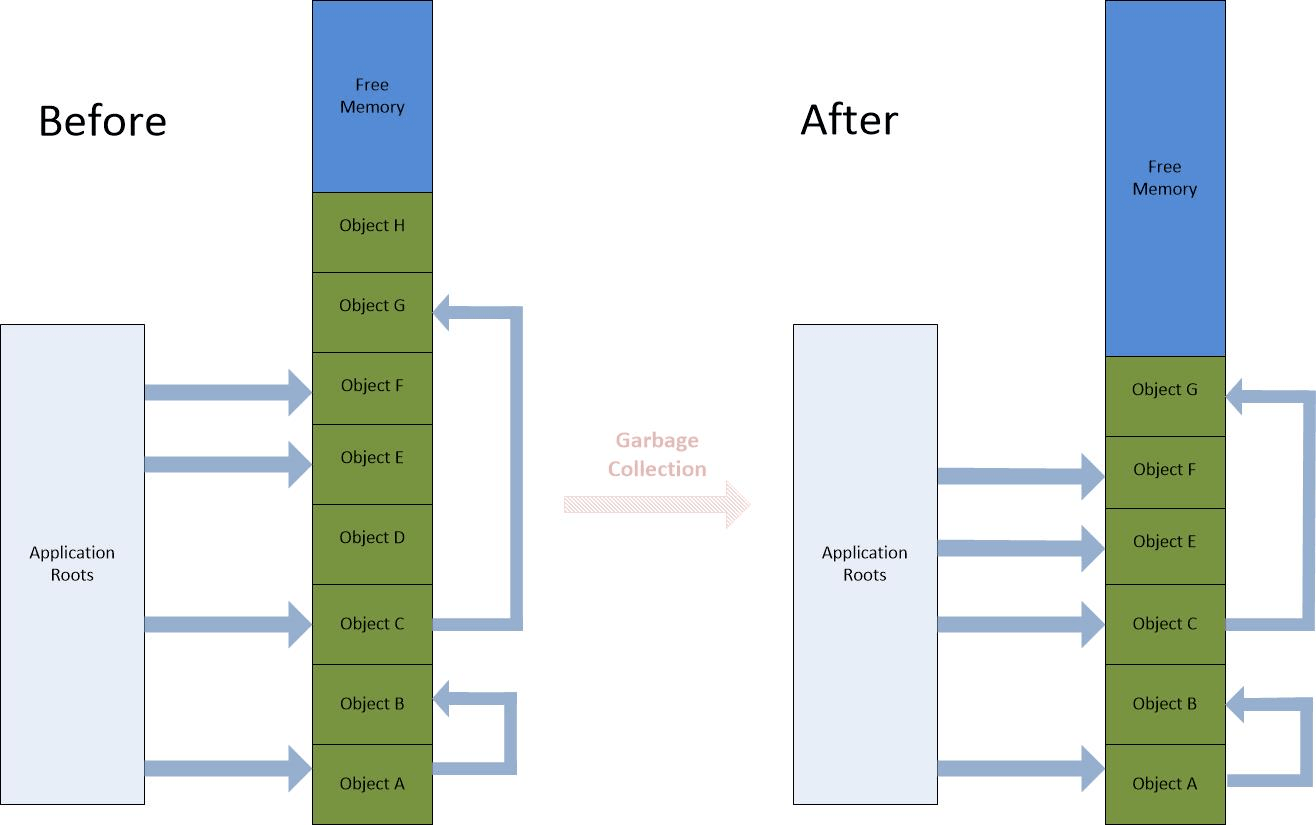 There is a potential issue with this scenario. Assuming Object E occupies a large amount of memory, e.g. 300 MB, the performance will be suboptimal when the garbage collector moves Object E to Object D’s memory location.

In .NET objects are divided into two groups:

The Common Language Runtime (CLR) allocates large objects on the Large Object Heap (LOH). The primary difference with the previous algorithm is that the garbage collector never compacts this heap. This increases performance, but there is a catch. There may not be enough room for a new object even with enough available memory. This causes the CLR to throw an inappropriately named OutOfMemoryException. 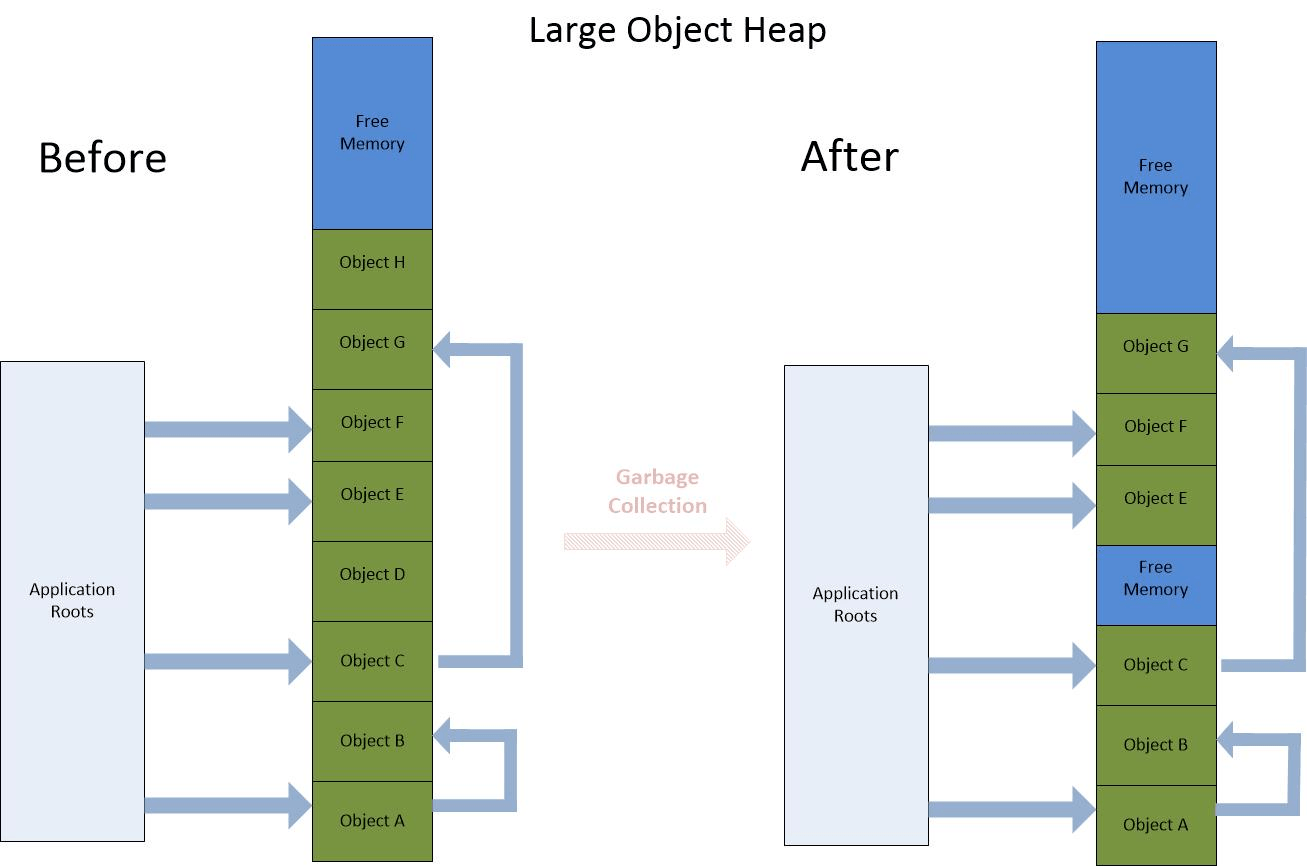 The CLR allocates memory for new objects in Generation 0. When this heap is full, the garbage collector discards objects no longer in use and promotes surviving objects (referred to as live objects) to Generation 1. The Generation 0 heap is then available to hold more newly created objects.

When called, the garbage collector builds a graph of reachable objects. JustTrace displays a graphical representation of references to an object from root objects in the Root Paths view.

Figure 5 shows the Root Paths view for a ResourceDictionary instance. 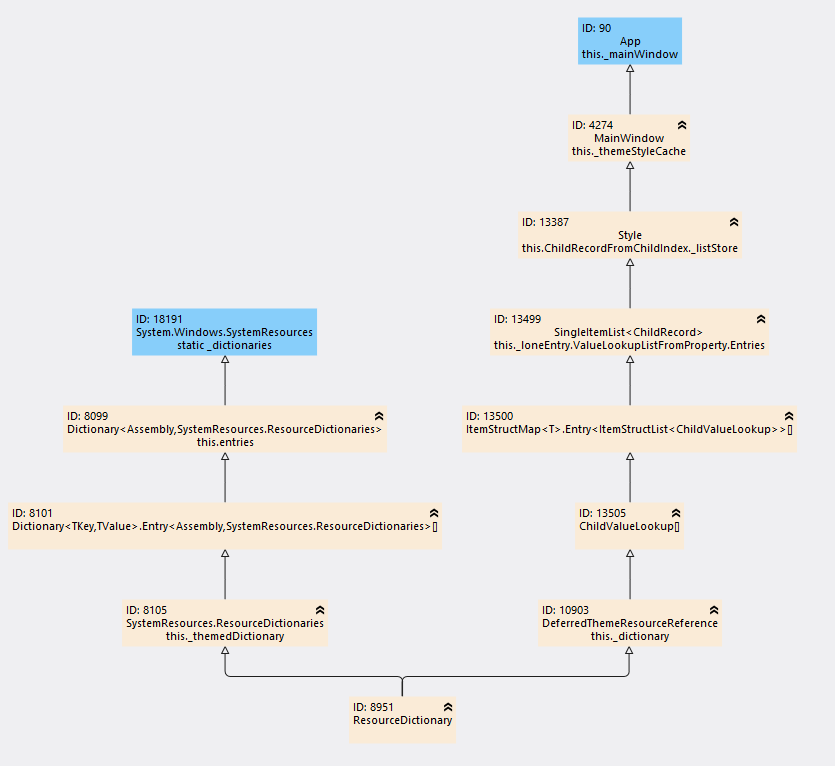 Tsvetomir Y. Todorov is a junior QA engineer in Telerik. He is part of the MAT Team which provides top-level quality assurance for your applications through the JustMock and JustTrace tools.