The Changing Visuals of the Visual Aid

Visual Studio received a facelift in 2012, and our tools changed to match its look and feel. It wasn't without some controversy, but there’s nearly universal agreement that the new theming support is cool. If you haven’t experienced it yet, install the Visual Studio 2012 Color Theme Editor. It’s from Microsoft, and it’s free.

We modified JustCode well before the official release of Visual Studio 2012 to support the new theming capabilities. Since you use Visual Studio for your development environment, we want to ensure our tools integrate for a seamless experience.

Despite frequent requests, we have not added our own version of Clippy: the Ninja Guy. 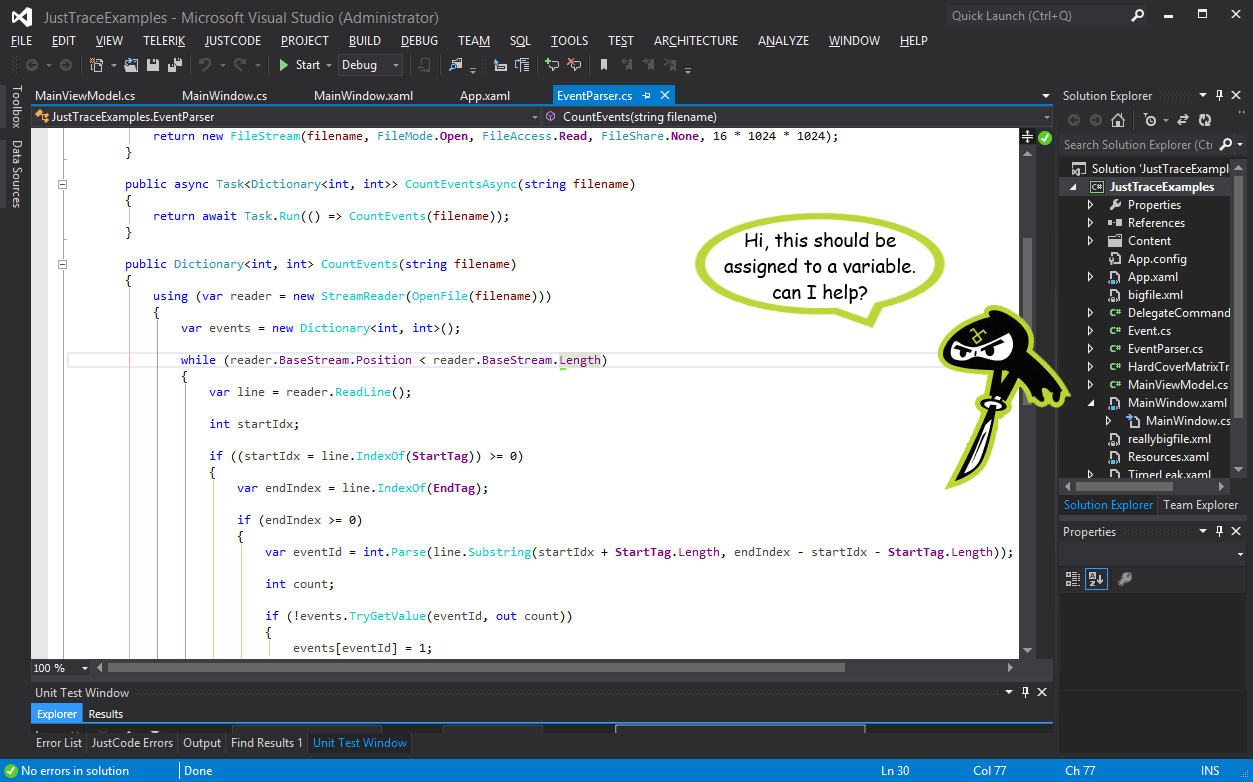 We do have features that offer assistance, just not with cartoon characters. One of these features is the Visual Aid, and it has changed with the new service pack.


Out with the Old

The Visual Aid is the handy tool that you open with ctrl-` (that’s the character on the same key as ~ on American keyboards). It contains contextual actions you can perform such as navigations and refactorings. Unfortunately, it was rather colorful, which didn’t fit in with Visual Studio’s theming.

In with the New

Telerik JustCode Q3 2012 SP updates the Visual Aid to match the menus within Visual Studio and support theming. Here’s what it looks like in the same context as the above shot.

It also supports theming. Here’s the Visual Aid in Visual Studio with the Purple Theme. 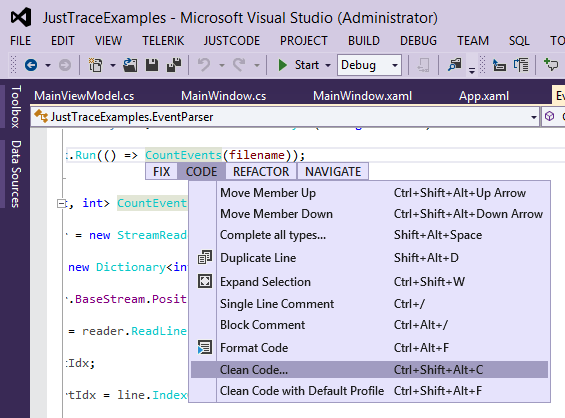 If you were using JustCode before it was cool, you may find this change as startling as the rising popularity of skinny jeans. Don’t panic! This service pack also comes with new configuration options for the Visual Aid. You can access these by going to JustCode -> Options -> Visual Features -> Visual Aid.

The new options are to use single-letter characters (as opposed to full words) and to use colored headers. Here are the four different combinations. 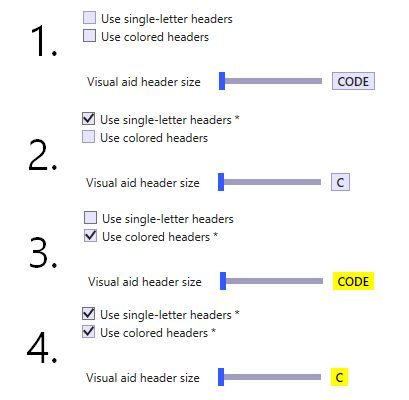 Choose Your Own Adventure

In conclusion, we want JustCode to fit perfectly with Visual Studio, but we don’t want to limit user choices either. Personally, I prefer single-letter headers without colors! Download the latest version of JustCode today, and code in your style.

Also, be sure to visit the JustCode Feedback Portal to express your support for Clippy… I mean, Ninja Guy!

Chris is a technical evangelist for JustCode and a C# MVP. He is currently celebrating the Q3 2012 release of JustCode in Bulgaria with a bottle of rakia, a gift from the JustCode team. One must wonder how he was able to compose this blog article given the circumstances.