We are in the middle of the most exciting week in 2015 for the whole iOS developer community. Apple showcased great features for the end-users and there were also a bunch of new and improved Kits that will make each iOS (game) developer’s life much much easier-GameplayKit, ReplayKit and so on.

Not to mention the changes in the Apple Developer Program that will allow you to run your apps on your device, even if you are not a paid member, and pay the $99 membership fee as you deploy the app.

A great thing is watchOS 2 will allow apps to run directly on the Apple Watch without the iPhone being even close. But probably the greatest of all is that the compiler and the standard library of Swift 2.0 are now open source, which will provide a huge boost to this already highly adopted new language. Goodbye Objective-C; we had great times together, but it seems it’s time for you to go. 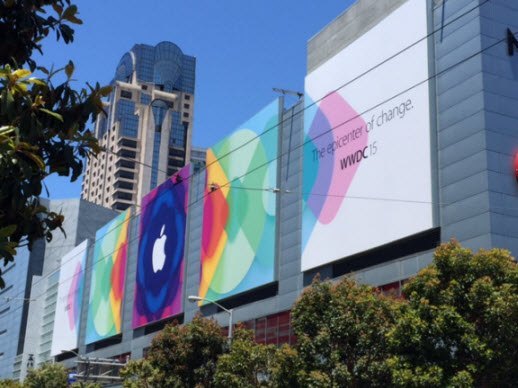 So, we wondered how iOS 9 and Swift 2.0 would affect Telerik UI for iOS, and quickly tested our Swift and Objective-C Demo apps against the new environment. You’ve guessed it: UI for iOS runs on iOS 9.0 without issues. None of the APIs that we are using internally are deprecated by Apple, so there would be no breaking changes on our side. An exception is the bitcode flag requirement, and we will take care of that as Xcode and iOS9 become official.

The introduction of yet another version of iOS brings an important question to UI for iOS: what is the minimum version we should support? With an adoption rate of 84 percent for iOS 8, iOS 7 seems like a niche and archaic area. The reasons for the end user to stay on iOS 7 could be different, from old hardware (the people with that hardware most probably won’t buy apps) to enterprise environments (updates do not happen that often).

We would like your opinion: does your app still support iOS 7 and do you need further updates from us for that version of the iOS platform? Next week, we will launch a survey on the UI for iOS product page, so feel free to visit that page next week and fill out the survey.

Since the version of Swift 2.0 is a part of a Beta environment (being Xcode or iOS), the question of whether our examples should be built according to the latest and greatest stuff, even if it’s beta, or according to the latest official bit also is an interesting and controversial topic. Therefore, you will find a question about this in the survey, as well. We will be happy if you voice your opinion there and/or here in the comments.

We are happy to be at WWDC15 presented by Michael Crump, Senior Developer Advocate, and Mehfuz Hossain, Solutions Engineer. If you see these two guys, feel free to say "Hi!" 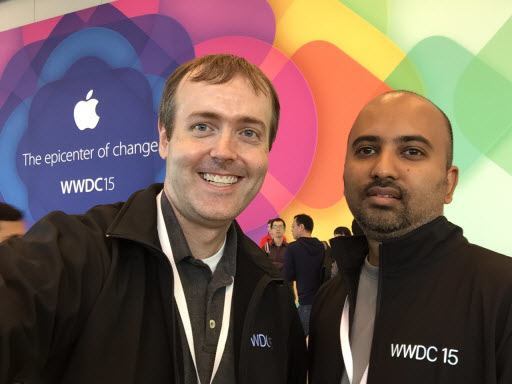 The Telerik selfie at WWDC15