Telerik OpenAccess ORM provides you with a mechanism to handle the Concurrency control. Concurrency control is the management of contention for data resources. It ensures that the transactions are executed following the ACID rules.

The Telerik OpenAccess supports several modes for Concurrency control. In this blog post we will discuss how to use the ‘backend’ concurrency mode.

The backend mode uses column of datetime type to maintain the version of a row. This column is being automatically modified on every update of the row. This mechanism can be used with the MSSQL family and Oracle modes:

How to set up the backend concurrency control mode depends on the data model classes. In case of an existing schema you should use the Reverse Mapping Wizard, otherwise – Forward Mapping Wizard. 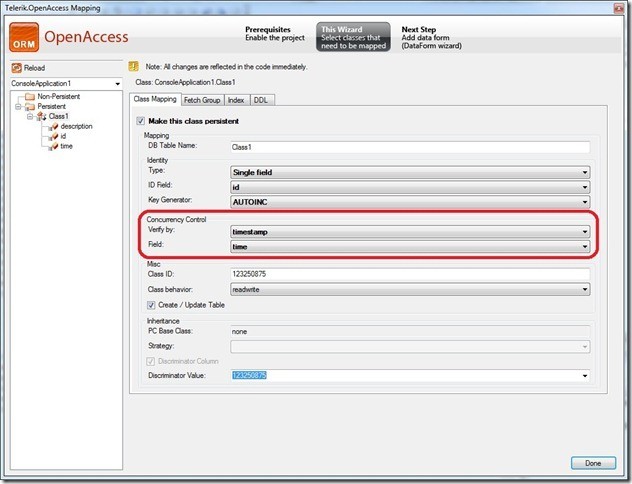