Stepping into the Cloud: Enterprise Edition

Enterprises are growing fonder of the cloud and are embracing a more hybrid approach to hosting their data.

Cloud computing made a big splash in the tech industry and has continued to grow. Many individual developers as well as SMBs have embraced the cloud, but enterprises were slow to do so at first. Concern for data security is a major factor that holds enterprises back, but companies like GE have made it public knowledge that they too will switch the majority of their software systems and data into the cloud.

Why the Sudden Change?

The change was not so much sudden as it was unrecognized, and it's still an uncharted territory. Companies are rightfully protective of their data and historically have preferred to host it within their own infrastructure. However, infrastructure is expensive and with data points growing exponentially in the modern world, it has become increasingly difficult to maintain it all. Cloud offers a fast and easy way to store your systems without the need to manage data centers and invest in additional infrastructure.

What Should We Expect and What Does This Mean for your Business?

Cowen and Company’s recent IT Spending Survey report states that 40% of enterprises will have between 25-49 percent of their workload in a public cloud. As this shift occurs and cloud adoption continues to rise, Gartner predicts that more than half of all new software implementations will be hosted on the cloud rather than in traditional infrastructure systems. These statistics symbolize just how important it is for businesses to focus on integrating the cloud in their day-to-day operations. Enterprises will at the very least have to employ a hybrid strategy where they host data and systems in both the cloud and on-premise, but they must make applications that are cloud-ready so as to not fall behind the curve due to the overwhelming pressure on their IT team to maintain exponential data records.

The Telerik Platform unveiled its Enterprise Edition last year. It leverages the cloud to provide enterprises and developers with the quickest, most efficient way to build, deploy, and manage their mobile apps. Companies can start from day one and not be concerned about acquiring additional infrastructure to support their development projects. Employees worldwide can have access to current projects and build in unison with their counterparts. If there is a need, these apps can be hosted on-premise or with a hybrid approach in case of extremely sensitive data. Companies can breathe a sigh of relief as infrastructure costs associated with app development and hosting are significantly reduced while also enjoying the benefits of day-one support for all the latest iOS and Android updates and releases. 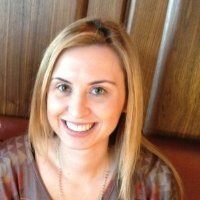 Dragana Boras is a Product Marketing Manager living in the San Francisco Bay Area. When she is not working on bringing next-generation development tools to the market, she focuses on engaging and bringing the diverse community of Telerik developers closer.