We just updated JustDecompile, our free decompiler with an open source decompilation engine, with new search capabilities, making it faster and more powerful.

In the R1 2017 release, JustDecompile got results filtering added to its search functionality. This seemingly simple feature adds tremendous power to the search. In effect with this addition JustDecompile encroaches the realm of code analysis.

In the search window there is a new Filtration control.

This gives a chance to add an unlimited number of filters on the values of the columns of the search results grid. 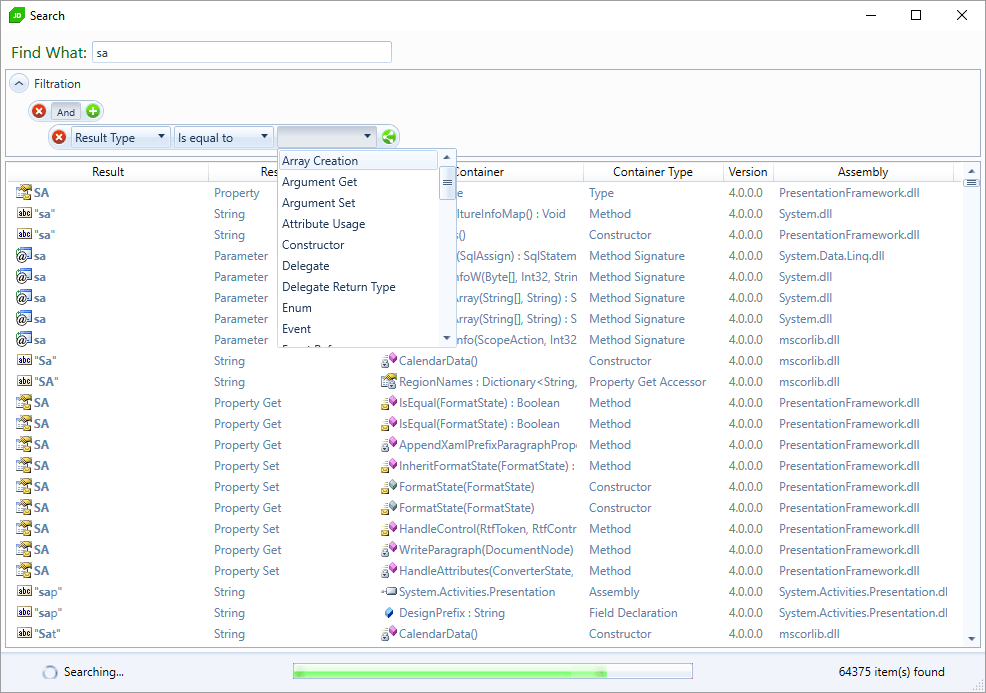 One can do that while search is still running and filtering will be applied on the fly. Sorting the result view columns also works in combination with filtering.

One can filter the contents of any column in the search results grid. The filters can be grouped and combined with logical AND or OR. This gives immense power to the search. E.g., one can now be looking for strings starting with “A” contained in assembly which version is greater than 1.0.0.2. As a result, one can not only find these strings but count them. Or see how that count changes between two consecutive versions of the same assembly. The opportunities are unlimited.

These are not part of the assembly metadata. They can be found in the PDB file, but a PDB is not always present. If no PDB is found JustDecompile would name the local variables itself. Names are chosen heuristically based on various decompilation parameters. Hence it takes full decompilation to get a list of these names so they are not available at the time a search is performed. What this means is one might be searching for a variable name one sees in a snippet of decompiled code and the search might not yield any results.

We hope you enjoy the latest updates to our free, open source decompilation engine. New to JustDecompile? Learn more here or download it for free today. 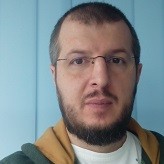