More Online Purchases in 2018: Is Your App Ready?

Are your apps ready to grow in 2018? Check out the latest ecommerce trends and why developers should care.

If your apps and websites involve people buying things, brace yourself for continued growth. As developers, we're often so far ahead of the curve it's easy to lose perspective on what's happening in the real world. But while ecommerce is an everyday thing for us, it's continuing to grow in the US. We'll talk about what that means in a moment.

Every quarter, the online measurement company Comscore releases its metrics of the US ecommerce business. Even if you're not working on ecommerce projects or at an ecommerce company, we've found some insights every developer can glean from the latest report. (2018 State of the US Online Retail Economy)

Hasn't everyone pretty much shifted to buying things online? Well, while in our developer space it seems that way, in the real world they have not. The Comscore stats tell us that about 1 in 5 transactions are now made online, which is still a lot.

For us, the key numbers are these: comparing any quarter in 2018 to the same quarter in 2017, we can expect the number of ecommerce transactions in the US to grow about 20%. That shows an increase even over the preceding 2016-2017 growth. It is easy for us to think that the US is a pretty mature market for online spending, but, while that's true, there's still plenty of growth.

So are your apps ready to handle an additional 20% in the second half of 2018 and heading into the busy fall and winter seasons? (Comscore says Q4 and Q1 are traditionally highest simply due to weather - people don't like to leave the house when it's cold.)

As developers, there's never a better time to refactor, and choose the highest performing tools and components. If more and more people are making more and more transactions online, our apps and sites should have exceptional UIs in style, usability and performance. Telerik DevCraft was designed to make it easy for developers to build beautiful and high-performing apps faster. If you don't have a DevCraft license, make sure to download a free 30-day trial. 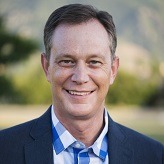 Jeff has worked as a developer and with developers since last century. He has served developers as part of CodeProject, Visual Studio Magazine, VSLive!, JavaPro magazine, Enterprise Architect magazine, VBPJ and many more. He now works with clients around the world focused on the developer market to help them better serve developers and their unique needs. He enjoys working with technical teams, music, family and herding his dim but sweet herd of canines.

Managing Your Web Application From Publish to Purge