Modern Tooling for the the Next-Gen Windows Developer

Windows 10 ushers in a new era for Microsoft. If 14 Million downloads within a day and favorable reviews are any indication, Redmond finally seems to have gotten it right with touch and mouse-keyboard being equal citizens. And an uptake on Windows presents new opportunities for developers across a variety of devices.

July 29 12:01 a.m.: I finally blew away several VMs, now that it was time for Windows 10. What followed was installation of a new OS and a whole bunch of forward-facing developer tools. Here are five installations that I feel are must-have’s, along with the promise and opportunities that each presents.

There are several ways to upgrade to Windows 10. You should see the bits become available (if not already) if you are in line to get Windows 10 from a genuine Windows 7/8/8.1 box. If you have the appropriate MSDN Subscription, you should also find the Windows 10 ISOs for download and installation.

Once installed cleanly, you’ll see the beloved Windows Start menu back, while bringing over the Live Tile benefits of Windows 8. You should also check out are Cortana, Microsoft Edge, Xbox integration and refreshed core Windows apps. With supporting hardware, another interesting Windows 10 feature is Windows Hello–user authentication through facial/retina scans! 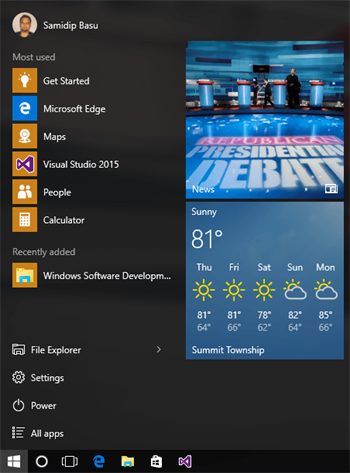 The next obvious install was the ubiquitous IDE: Visual Studio. VS 2015 is out and is free as the Community Edition, while bits for the Enterprise Editions should be live in MSDN Subscriber Downloads.

If you want to develop apps for Windows 10 and the new Universal Windows Platform (UWP), make sure to select the corresponding tooling during Visual Studio install, as shown below. 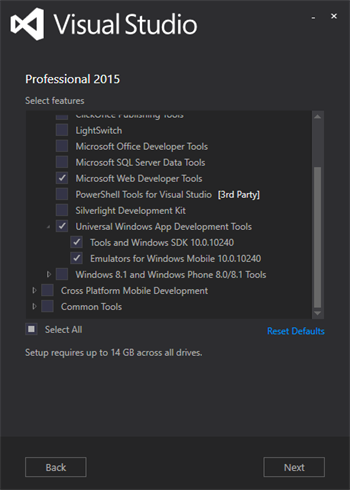 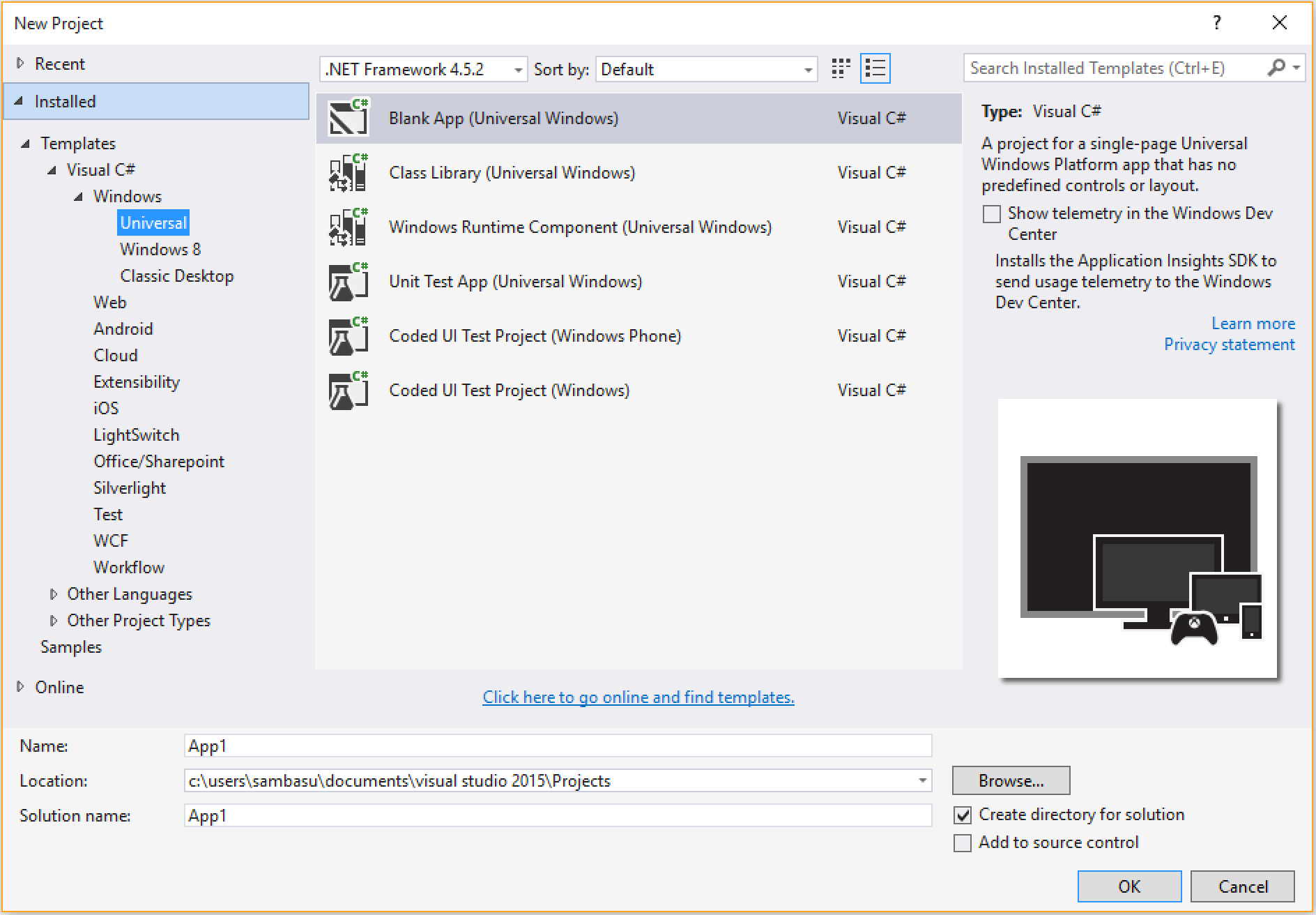 Once you create a Universal Windows app, the project structure (shown below) will look absolutely familiar, especially if you come from a XAML/C# background. You'll see the simplified References and a single project that makes the app run everywhere. It’s really the new/enhanced Adaptive UI elements that make your UI responsive and work well across all Windows devices with varying screen real estates. And, you get a common API canvas for all things Windows. 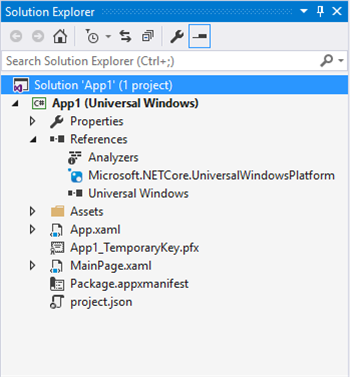 Open up an XAML page in the Designer and you see the vast array of device variety that your Windows app can run on. You may also want to get the new Windows 10 Mobile Emulator–it even lets you simulate NFC. Fun times! 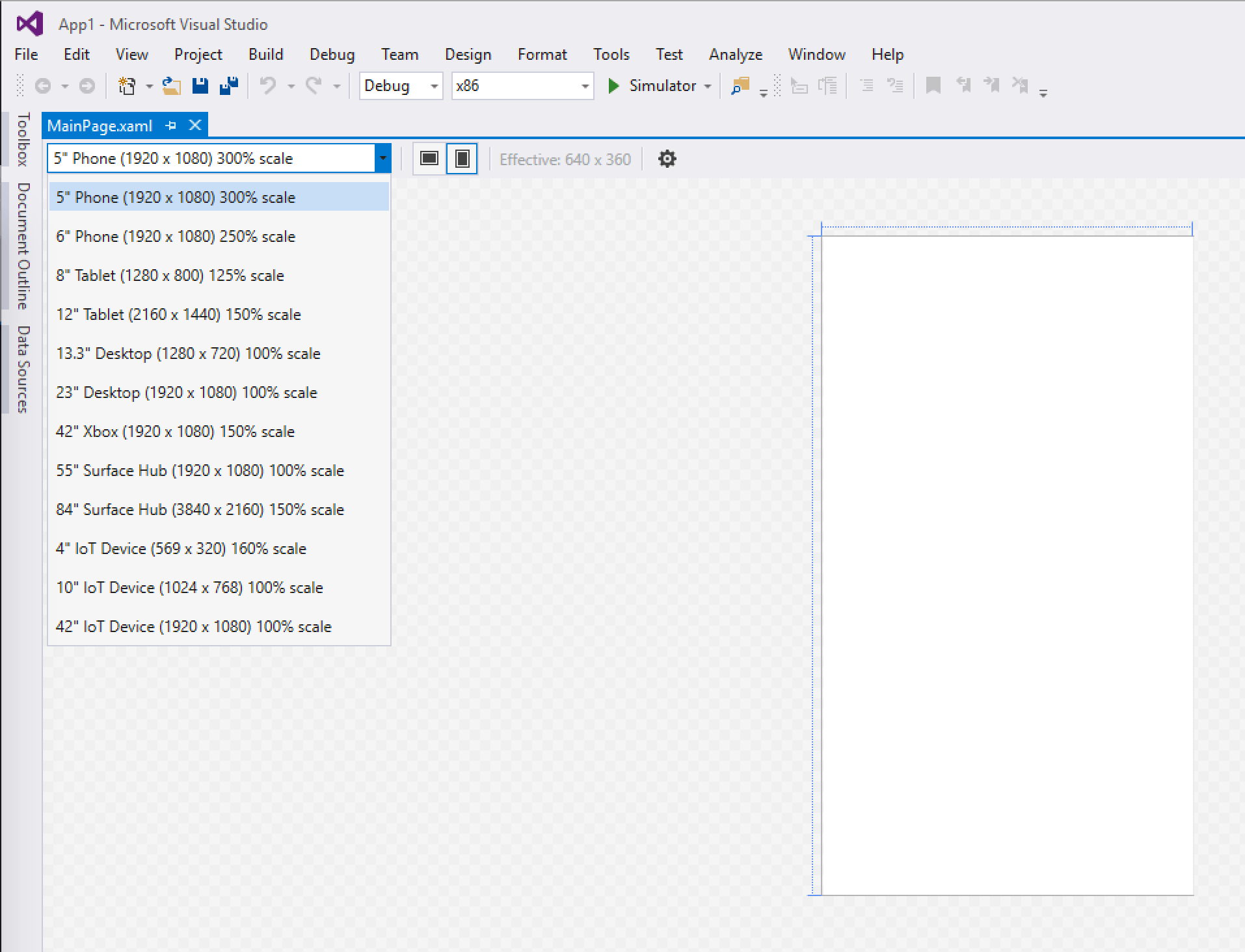 Need polished UI controls for your Universal Windows Store apps? Telerik UI for Windows Universal is here to impress. You get native touch-optimized performant Windows controls to light up any Universal Windows app. You get to build apps for either Windows 8.1 or Windows Phone 8.1, with UWP support being planned. Rest assured, you get full support in Visual Studio 2015 and your apps run just fine in Windows 10.

Check out some of the new controls in the UI for Windows Universal suite–such as ListView, DataForm and Expander. Simply add the Telerik suite to your Visual Studio Toolbox, and drop them in your apps to impress users.

Be it any type of app you are building–web/desktop/mobile–a have a genuine developer's need to look under the covers of HTTP requests/responses. Enter Fiddler–everyone’s favorite free web proxy utility. Not only can you debug web traffic, but Fiddler enables you to manipulate request/responses to or from your app, and even record HTTP(S) traffic for playback.

Furthermore, the core web proxy functionality of Fiddler is now available as FiddlerCore–ready for integration in your .NET or Mono applications. FiddlerCore is a .NET class library that allows you to capture and modify HTTP/HTTPS traffic, just like Fiddler, without any of the Fiddler UI.

Windows 10 sees Microsoft deliver on the long-standing promise: write once and run everywhere. Windows 10 truly powers every Windows device across all form factors. And one area of huge potential is Internet of Things (IoT). IoT encourages the "Maker" mindset in small connected devices and encourages you to build solutions bound only by your imagination. And yes, all supported IoT devices run Windows 10 IoT Core.

You can get a variety of IoT devices and install corresponding Windows IoT Core on them. You will need Visual Studio 2015 to build IoT apps and can grab the Windows IoT Core Project Templates for VS 2015. Once you have configured your device, fire up VS 2015 and start a UWP app in your favorite programming language of choice, now targeting your IoT device. Don't forget the Universal nature of Windows apps. Apps built with Telerik UI for Windows Universal even work on a Raspberry Pi 2.

It’s a new world for Microsoft developers. Windows 10, and the plethora of devices only offer tons of opportunities. Time to get all the latest bits, grab a big cup of coffee and start building the next dream app!