Shiva Prasad, Developer Expert for NativeScript, talks about how he feels at home with NativeScript.

Shiva is a a well-known NativeScript expert who is also mentoring the current cohort of NativeScript Core Ambassadors.

This post is part a series featuring our Developer Experts, community members who represent the best of our products. Read about other featured experts here and meet more DEs here. 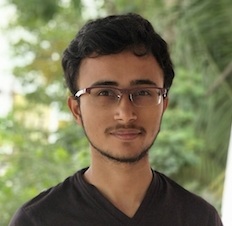 I started working when I was still a student. During my bachelor's degree in Computer Science and Engineering at Acharya Institute of Technology, Bangalore, I did an internship at Wipro Technovation Center working with Unity, Google Cardboard and Leap motion. After that I interned at a startup called JyoPal technologies that specialized in carpooling where I teamed with an Android developer to build a hybrid app for carpooling. Later I was employed in the same company as a Technology and Product lead. I worked there for 2 years. By then I had graduated (July 2017) and subsequently joined Bfit Technologies in July 2017, where I work as a Lead Software Developer currently for the project named AnyGo Fitness.

Here, I work with a team of 3 skilled backend developers to make mobile and web apps that are focused on the fitness space. In Feb 2018, I became a partner at nStudio.io which is a team of NativeScript Developer Experts. At nStudio, I got to work with many enterprise grade applications like Portable North Pole, TriviaSpar and Sweet.io. Even before I became a Developer Expert for NativeScript, I had been contributing as much as I could for the community, by helping other developers on Slack, Discourse and StackOverflow. I have also contributed several NativeScript plugins to the marketplace and built several NativeScriptSnacks and Code samples. I also write some NativeScript articles in my free time.

I'm currently based in Bangalore. I first came to this city to pursue my Engineering degree. After that, I chose to stay here, because Bangalore is India's largest IT hub, and there are so many opportunities here. Besides, the startup that I work for also operates in Bangalore.

I work as a Lead Software Developer at Bfit Technologies, Bangalore and as a Partner at nStudio LLC, US-CA. Apart from that I love to contribute as much as I can for NativeScript! Not only because it boosted my career, but also because of how awesome it is!

Currently I'm working on a few major projects, namely AnyGo Fitness, TriviaSpar, Sweet.io, and some side projects, which I do while taking some online courses. And of course, when I get any cool idea which uses NativeScript that is worth sharing, I switch to that to take a break from my major projects, and then share it with the community.

The most recent interesting or rather challenging part that I worked on was to build a WhatsApp status like implementation for the AnyGo app. That even made me create the nativescript-rad-imagepicker plugin ;). Implementing that really forced me to think out of the box in some situations for things like how "read status" of the status message has to be managed, and how the status creating UI can be represented.

One thing that I really wish NativeScript gets soon is support for shared element transitions, because many modern apps have such features these days. I'm aware that NativeScript Android is migrating to use appcompat-support-api. And I hope that this move will enable developers to build more appealing Material UI apps with NativeScript.

What’s the biggest software pain point, in your opinion, in the mind of your partners or clients?

To me, the biggest software pain point is the requirement collection phase. That reminds me of that tweet, "Who are we? CLIENTS!, What do we want? WE DON'T KNOW!, When do we want it? RIGHT NOW!". Sometimes clients don't know what they want until you show it to them. Jokes aside, my advice is to solidify the requirements and the designs whenever possible, before jumping into code. Iterative development is a safer bet.