It Just Works in Visual Studio 2012


Upgrading to a new version of Visual Studio can be a daunting task. Current solutions and tools need to be tested for appropriate support, and a late discovery that something isn’t working quite right can be disastrous.

There is something you can be assured of… your Telerik Visual Studio Productivity Tools will continue to work as expected. In some cases, they will even work better. We began upgrading our tools the moment we had a beta in our hands so you would have one less thing to worry about. Don’t take my word for it: try JustCode, JustMock, or JustTrace with the release candidate or RTM (available with MSDN subscription) of Visual Studio 2012. Open a Windows 8 application with JustDecompile. It just works, and that’s to be expected of any Just product.

Many are excited to create Metro applications for Windows 8, and why not; it represents innovative design with an online market with millions of potential customers. When creating Metro applications in Visual Studio, you need access to code analysis, refactoring, navigations, testing, and more. With JustCode, it just works. 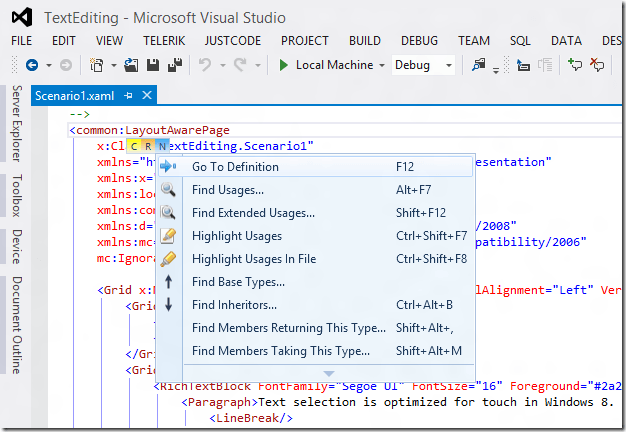 Visual Studio 2012 comes with a few new features, including asynchronous solution loading and quick launch. Both of them just work as well. Code analysis will not show errors until all projects are loaded, and you can now use the quick launch to access JustCode features.

If you’re writing unit tests, you need a way to isolate the system under test. JustMock provides this, and it just works in Visual Studio 2012. 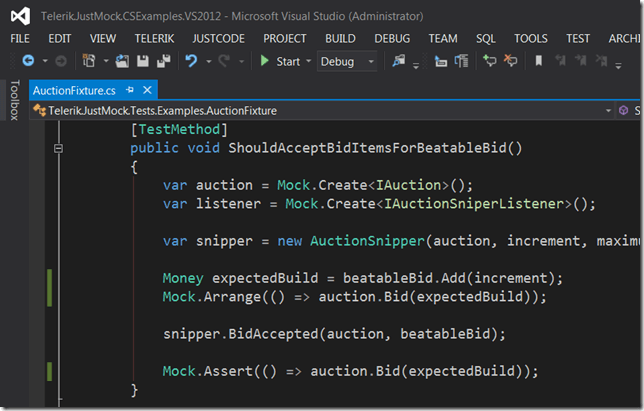 The standalone UI is only one way to access the powerful performance and memory profiling available with JustTrace. Another way to do it is from within Visual Studio 2012. Make sure the profiler is enabled and debug the application; a profiling session will begin in the new Visual Studio style tool window. It just works. 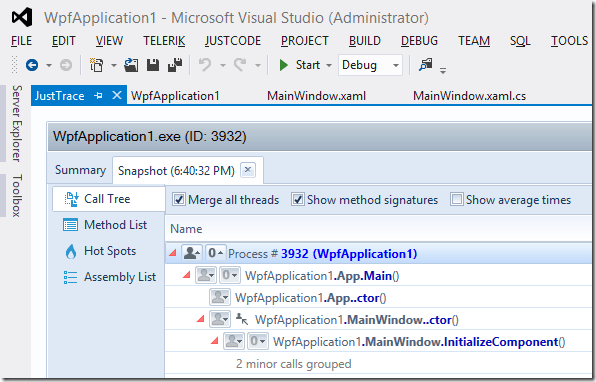 The decompilation engine is only used within Visual Studio from JustCode. However, our standalone decompiler, JustDecompile, can be used to open WinRT assemblies. 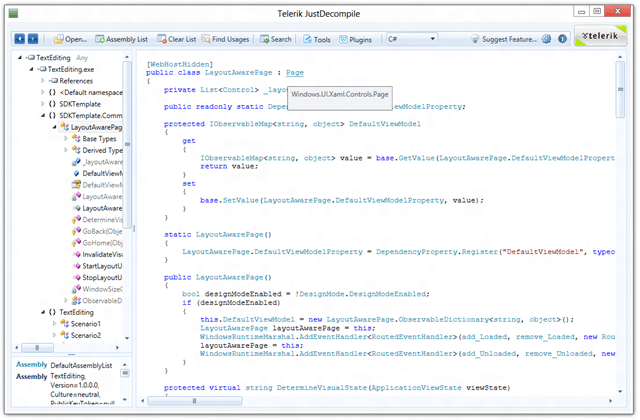 Did you expect less? It just works!

When Visual Studio 2012 is officially released, we will be in our Q3 2012 release cycle. Telerik products are well-known for their beautiful, polished user interfaces, and you will see these updated to reflect the new look and feel of Windows 8 and Visual Studio 2012. When we integrate into Visual Studio, the experience is seamless, like it was meant to be there all along. Additional improvements to the Visual Studio SDK have opened up more ways to enhance the user experience with even better integration.

Be prepared to be wowed this October!