As the makers of your beloved Telerik developer tools for .NET ninjas and as partners, Progress has a big presence at Microsoft's /BUILD conference. We want developers to be successful as Microsoft shares their vision of what's next for technology and how pervasive intelligent software can help shape our lives.

Here are my "developer perspectives" on key /BUILD Day 1 announcements. There was plenty to be excited for. It may be sunny outside, but the future is cloudy and sleepless with lots innovation coming out of Seattle.

First, if you leverage anything on the Microsoft technology stack, you have phenomenal user reach through apps and cloud services. It's not overkill to say - it is a great time to be a Microsoft developer. "Mobile First, Cloud First" isn't just a catchy phrase - Microsoft shared the numbers to back up their claims.

Microsoft discussed some interesting trends they're seeing in the tech industry - we developers echo similar findings through what we've found works for our customers. The cloud is everywhere - sure, but it is intelligence that lets apps be successful. Mobile is pervasive in our lifestyles and apps must transcend platforms and devices.

The big public cloud may be ubiquitous, but hybrid cloud solutions may be more of the reality for enterprise technology stacks. And the future is all about how the cloud can empower edge devices, provide predictive analytics and enable continuity of user experiences. 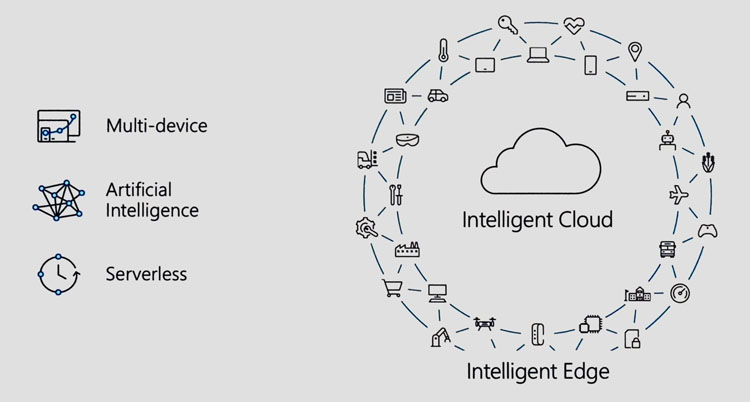 Modern developers demand top notch tooling, across all platforms. Microsoft has Windows developers hooked with Visual Studio 2017. VS continues to be one of the richest IDEs and it's time to share the love with Mac developers.

VS for Mac is now GA - the same Visual Studio goodness as a native MacOS app. The VS for Mac experience is customized for cross-platform mobile development with Xamarin and modern web development with ASP.NET Core. Azure plays a big integration role in VS for Mac, thus providing a solid end-to-end solution for developer tooling.

.NET developers are also getting increasingly fond of CLI tools and now all that commanding power comes to Azure tooling. Cloud Shell has been announced as a preview providing Azure CLI integration right inside the Azure Portal from any browser. To top it, there are now Azure Mobile apps for Azure Management from iOS/Android apps, with the command shell included. 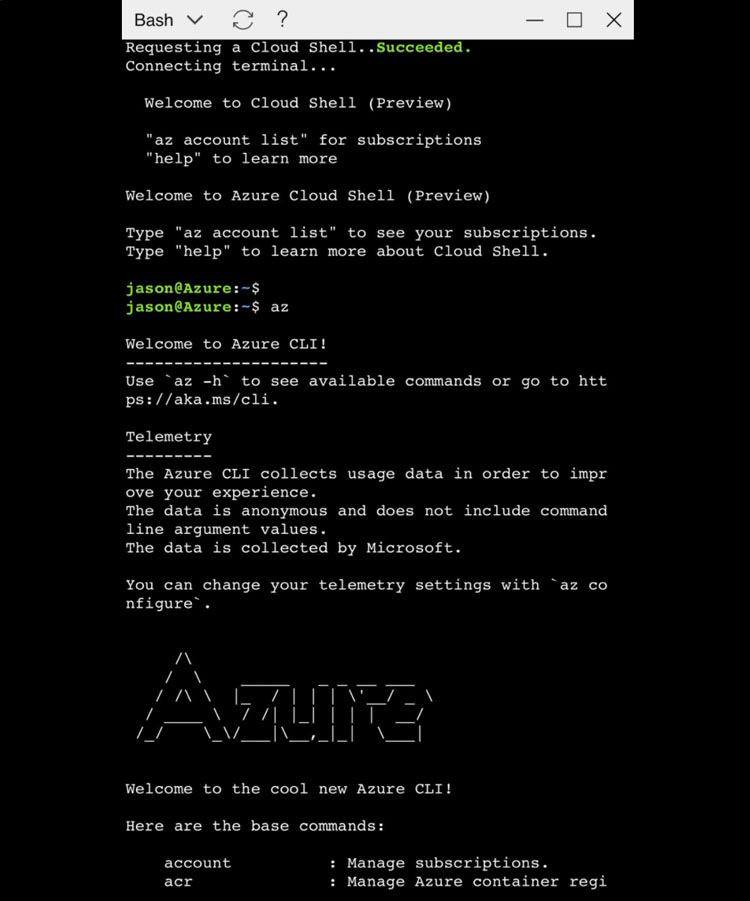 It is fair to say that /BUILD Day 1 keynote was one big Azure love-fest and the adoration is justified. Azure as a platform and developer tooling for Azure received a lot to entice more developers to the cloud.

How cool is the Visual Studio feature that lets you live debug a production Azure application? Using the new Snapshot debugging feature, developers can set quasi-breakpoints in code and grab real-time dumps of application state running in Azure!

SQL Server continues to be a trusted relational DBMS for most .NET applications and SQL Server 2017 impresses. The performance, security and intelligence of SQL Server isn't just for Windows - but also Linux and Docker containers. Now developers have access to a new Azure Database Management Service - take an on-prem SQL Server to the Azure SQL Server Service seamlessly and without any downtime. 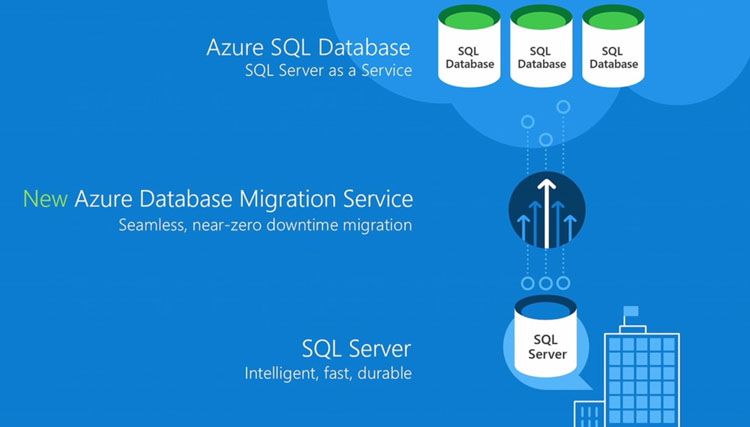 SQL Server not your thing? Now you have MySQL and PostgreSQL as Azure Services - available with high availability, security and scalability. All this without any changes to your app code and full support for connecting drivers or tools. Heck yes!

The cloud isn't the same for everybody and developers should be able to leverage cloud benefits on their terms. Public cloud giving you headaches? Enter Azure Stack - an extension of Azure and your private cloud, deployed for hybrid settings.

You get to deploy Azure applications behind your own premises, meet industry regulatory requirements and empower offline scenarios. Developers get to leverage the same code/processes running in public and private clouds, thus enabling seamless edge scenarios for smarter applications

SOA is so yesterday, but doesn't hurt to take lessons learnt. Intelligent distributed applications call for a Microservices architecture - decoupled services powering flexible deployments, high availability and infinite scalability. Azure Service Fabric looks to be a healthy dose of awesome - deploy your microservices any how you want.

The future of many apps is containers - no more of 'works on this machine'. Azure gives you tremendous flexibility to deploy containers, both on-premises as well as the public cloud. And using your choice of container platforms - come as you are! Microsoft also showcased how to containerize existing .NET apps, including Visual Studio's new capability for cross-container debugging. 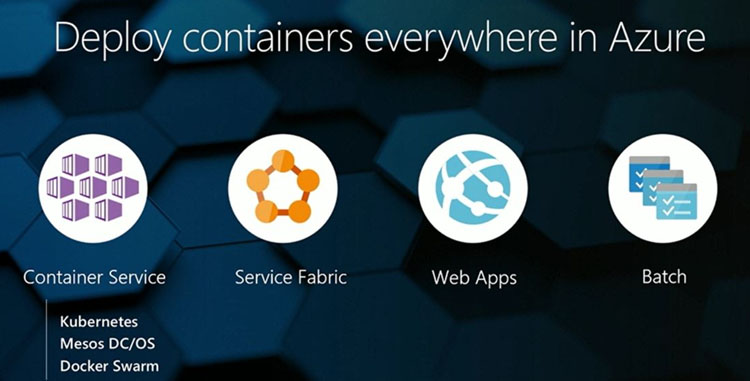 Not into relational data? /BUILD Day 1 keynote saw the announcement of Azure CosmosDB, a superset of Microsoft's existing NoSQL DocumentDB service at 'planet-scale'. Azure CosmosDB is a schema-free multi-model database service, with support for key-value, documents, graphs, and columnar data types. It also supports a variety of APIs for accessing your data including .NET, MongoDB, DocumentDB SQL, Gremlin and Azure Tables. 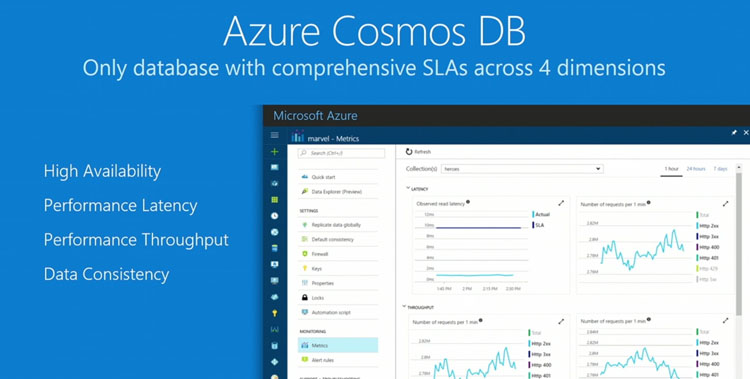 The biggest takeaway from /BUILD Day 1 was Microsoft's big bet on AI - intelligence everywhere. Microsoft AI is aimed at amplifying human ingenuity and bringing AI to all developers/apps. You can get started today at microsoft.com/ai.

Cognitive Services was the big thing last /BUILD - launched with about 25 APIs across Vision, Speech, Language, Knowledge and Search. Leveraging Cognitive Services, developers get to make apps that are more humane and intelligent.

This year Cognitive Services take the next natural step - getting smarter by integrating more machine learning. You can read that as more customizations for your apps using your data! There are customization options across the stack - bring your data set to train and make your services smarter. Then build apps that amaze users! 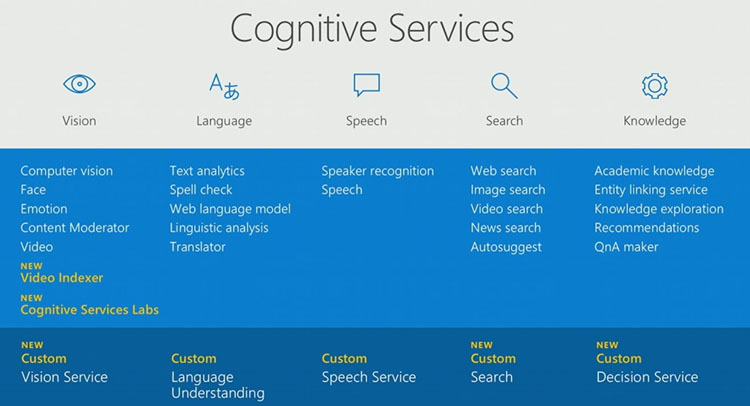 Tied to Microsoft's big investments in AI, was Satya's call to action for more empathy and smarter software that can uplift human connections. We software developers have a huge opportunity and responsibility - increase trust in software and empower humans to achieve more.

Check out this uplifting story that got a standing ovation during /BUILD Day 1 keynote - smart humane software enriching human quality of life.