So much has been going on lately, I almost forgot to tell everyone about the integration application we released a while ago. We wanted to deliver an application which is built entirely with our RadControls for Winforms. However, we had to wait until the reengineered RadGridView shipped as a part of Q1 2008, in order to provide an application which integrates the latest and greatest technology we have to offer.

Soon after our Q1 2008 release, which features a significantly improved grid control, we released the HelpDesk application – a sample contact management system, which uses a number of controls – RadRibbonBar, RadGridView, RadTreeView, RadCalendar, and RadForm, among others. It is an example how our product can be used to have a consistent style across the entire application. Here’s a screenshot of the main screen. 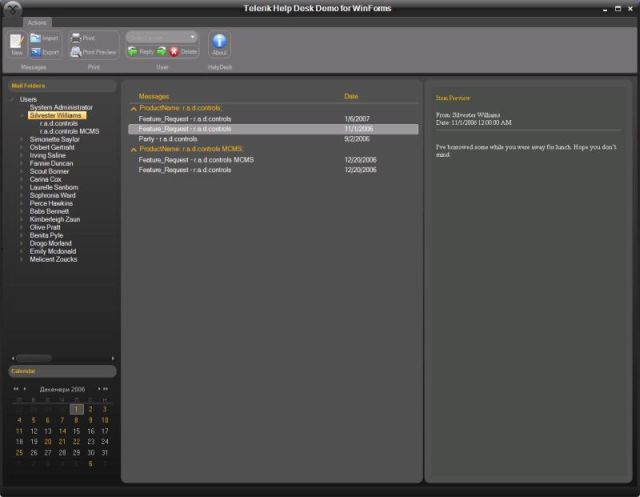 What’s valuable about the application is that it shows a fairly common way of control interaction, which you can use for guidance in writing your own applications. It presents the use of our product to implement a subset of the features applications typically offer. 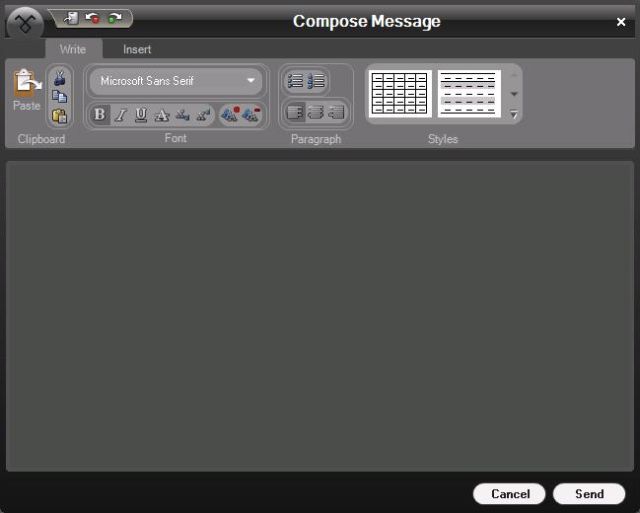 You can get more information about the application here.

We plan to have a series of how-to’s about the process of writing the application. These will explain in detail how the application was constructed, highlighting major features and appearance details, and how they have been implemented.

In the meantime, get the application from your Client.NET account, and try it out. Let us know what you’d like to see in future versions of this integration example - what controls are you using? What scenarios you’d like to see implemented?