Get Ready for 64-Bit with Telerik AppBuilder


Back in October, Apple announced that starting on February 1, 2015, new apps submitted to the App Store must be built with the iOS 8 SDK and include 64-bit support. Also, as of June 1, 2015, updates to existing apps will need to follow these same requirements. Rest assured the AppBuilder cloud-based build services will be ready well ahead of these dates.

One of the biggest advantages with using AppBuilder is you don't have to manage the iOS/Android/WP8 SDKs yourself. Since our builds run in the cloud, we upgrade our build servers for you and the process is completely transparent. It's important for you to know that 64-bit builds are our top priority for the next release.

Your Call to Action

There are two things you should do to make sure your iOS apps are ready for 64-bit:

Again, other than the two tasks above, there is nothing you need to do to take advantage of this new build support. This is why at Telerik, we love the cloud! 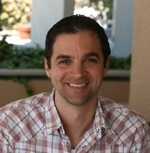