“Done”. “Done Done”. When is a feature really done?


At Telerik, just like at every other software development shop, we have struggled with the definition of "Done". Throughout the years we've had many definitions of "Done" within teams and individuals:

I am sure that most of you have experienced frustration when everyone's definition of "Done" is very different. In addition to tension, it has many cascading effects on planning as well as trust between team members and with customers. After analysis, we came to the real culprit - everyone interpreted "Done" from only their perspective. There really was no good flow from the "Done" on the personal level, to "Done" from the customer's point of view.

Seeing this happen, we came to the conclusion that we need a more uniform definition of "Done" that we could push across the company. We sat down and tried to find the common denominator. While we knew there would be variations from product to product, we came up with the following generic checklist items to try define "Done" from a product team's perspective:

It was a long list of prescriptive guidance. Each team picked the items that made the most sense to them but there was an element of commonality - they are designed to ensure that nothing gets in front of a user of our products with known critical bugs, and without meeting some acceptance criteria set for it. This is the primary reason for a definition of done. It ensures everyone shares a common understanding of what it means to be done, and it ensures that the "done" stuff that gets to a user works as it was intended to.

The above established the "framework" but we found another problem - teams were not always conscious of the entire flow of a feature, from the time it is conceived, to the time a customer can start using it. What was the obvious decision to solve the problem? To extend further the definition of "Done." We came up with our own definition of "Done Done" in order to capture the notion that "Done" is really done when a customer can benefit from the feature:

After creating this comprehensive guideline we went back to the drawing board and tried to summarize the long bulleted list definition of "Done Done" as a single sentence just to make sure we clearly identify the core item we are solving and make it easy for everyone to understand the basic premise:

Today each team has its own definitions of "Done" all through the lifecycle but the common denominator is that it culminates in "Done" from the perspective of our customers. It might sound like a small change of focus/perception but it has had a tremendous impact on results, from customer loyalty and happiness, to reduced support costs due to higher quality. 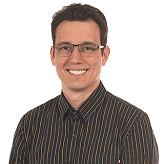