The cloud has transformed the way enterprise applications are developed, delivered, and hosted. A major catalyst of these recent transformations has been the widespread adoption of containers. A significant milestone occurred in early 2013 when the software containerization platform Docker was released as open source. As evidenced by the following diagram, interest has grown exponentially in just a few years. 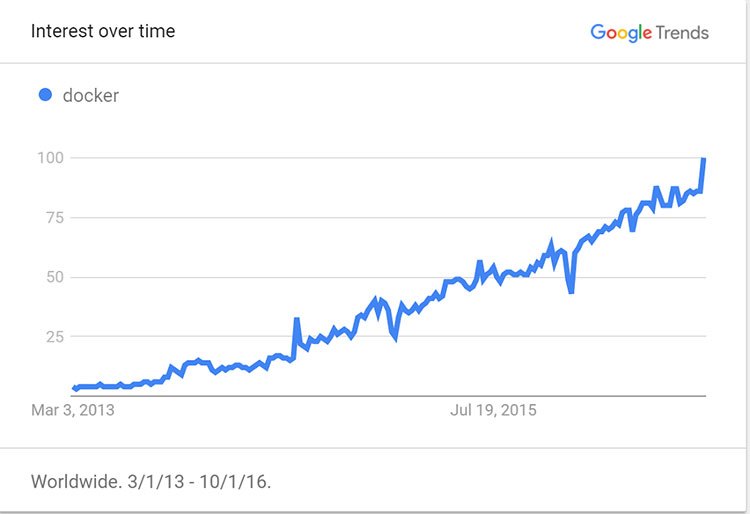 The popularity of Docker, combined with the Open Container Initiative has led many major cloud providers to provide their own "out of box" support for Docker. Microsoft offers the Azure Container Service, Amazon allows you to run containers on their EC2 Container Service and Google enables container-management through their Kubernetes-based Container Engine. All of these services represent a major evolution for cloud-based applications.

What is a container?

Traditionally, the cloud has been viewed as an infrastructure-play. The easiest (but most expensive) method for moving a platform to the cloud is to use Infrastructure as a Service (IaaS) or cloud-hosted virtual machines. The problem is that virtual machines host the entire operating system, rely on large images, and require heavy patching and OS updates like traditional physical hosts.

Platform as a Service (PaaS) allows you to focus on the service you are provided and abstracts away management of the underlying platform and OS, but also forces an affinity because PaaS is not compatible across different cloud providers. Containers provide a compromise that is illustrated below:

A container shares services with the host, so each container does not require a full copy of the entire operating system. In fact, some containers are as small as a few megabytes in size! This makes them easy to manage, share, and deploy. And, because the host operating system runs and manages the container, they are also extremely fast to start and don't require the lengthy boot cycles of full VMs.

Think of a container as a runtime, containing your components and any dependent libraries that are necessary to execute that component. Applications can be composed of multiple containers. Containers can be leveraged as part of the development process, moved from local machines to cloud hosts, and leveraged in production.

The easiest way to understand containers is to start working with one on your own.

Getting Started: Your First Container

The examples in this article require a few prerequisites that can be installed on any platform.

To grasp the power of containers, we'll start by leveraging an existing image that is available on the Docker Hub. The image will run an Apache web server on a linux host that displays a static "Hello, World" web page. It is called docker-hello-world.

First, take a look at the containers you have running by typing:

You should not see anything, because you haven't started any containers.

Next, take a look at images. This may also be empty:

Think of a container image as a class definition. It describes the class, but your application cannot interact with the class until it creates a running instance. Images define a container, but they must be run before you can interact with the container. You can also run multiple instances of the same image for clustering, load-balancing, etc.

First, pull the image from the repository:

It should now appear when you run docker images like this:

To run the container, type:

Navigate to http://localhost:80 and you should see something like this: 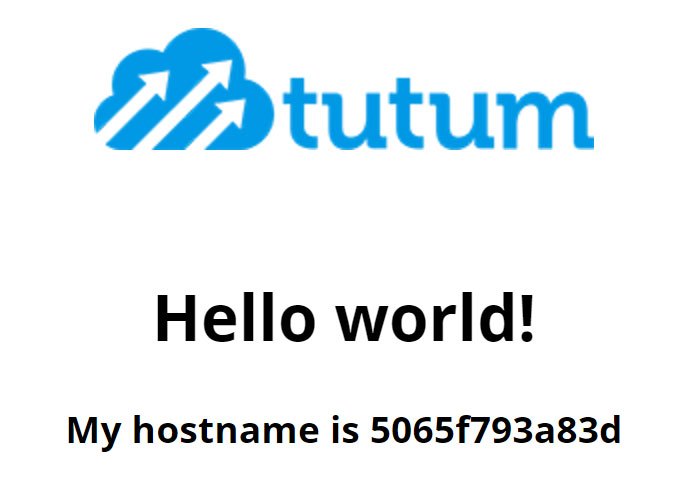 You can change the port if you already have a web server running on the default port. For example, to access the web page on port 4000 instead, you would change the parameter to -p 4000:80.

The -d simply instructs Docker to run the container in detached mode (in the background), while the -p command maps an external port to the container's internal port.

Now you can see the running image:

To clean up, use the container id listed in the ps command, and execute the following commands:

Let's create a Web API app that we can use to build a container with. In a parent directory, generate the website with Yeoman: 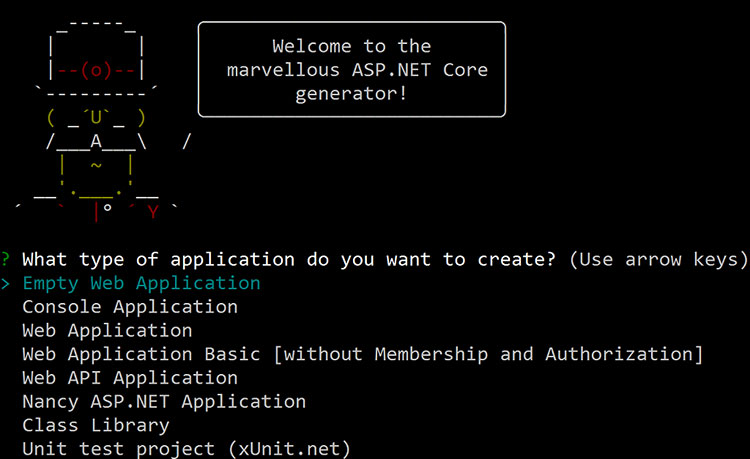 Use your cursor keys to navigate to "Web API Application" and hit the enter key.

When you hit enter a second time, the app is generated. Make a change to the project.json file with your favorite editor to set the platform to 1.0.0 instead of 1.0.1. This will avoid an issue with the current container image. The top section should look like this (change the version to 1.0.0):

Confirm it builds and runs by following these steps:

You should now be able to open a web browser and navigate to http://localhost:5000/api/values to see a return result with an array of strings value1 and value2. This may appear as XML or JSON depending on your browser.

Stop the web application and then build your first container by issuing the following command:

You should see several lines representing various steps scroll through the console with a message "Successfully built..." near the end. To verify it built, issue the docker images command:

(You'll see other images, too. I will explain those in a moment).

Confirm it is working by navigating to http://localhost:8888/api/values in your web browser.

Hopefully, you've done it! You created your first container and ran it. But how did we make it so easily? Clean up your container by stopping and removing it, then read on.

When Yeoman generated the ASP.NET app, it created a file named Dockerfile. This file contains the commands needed to build an image.

If you open the file, you will see several commands that each represent a single step. The steps each produce a temporary container that is run and modified and used as a snapshot for the next step until the final step is completed. Here is the breakdown:

As mentioned earlier, each step in the Dockerfile will create a temporary image until the final image is ready. When you have the final image, you can publish it, share it, pull it down on other machines and in other environments, and even host it on a cloud platform.

You've Got the Power!

Now you've got the power to manage, build, and run containers. Where do you go from here? There are several next steps to explore that will help round out your knowledge of containers:

Container adoption has grown by factors of thousands each year. They are quickly becoming a de facto component of DevOps processes that help with rapid development, testing, and provide both resiliency and elasticity for production applications. In this article, you learned about Docker containers and how they fit into the bigger cloud picture. You should now be able to run and build your own containers and are hopefully already thinking about how to leverage this amazing technology to streamline your own development processes.