Although the command prompt has fallen out of vogue in the past few years, developers and power users alike invoke cmd when a job calls for finesse. Command line support is also essential for many scripting and automation languages, such as MSBuild. JustDecompile has the ability to export code directly from the command prompt. For ease of use, I recommend adding %PROGRAMFILES(X86)%\Telerik\JustDecompile\Libraries to your path.

To decompile an assembly from the prompt, use the command JustDecompile.exe /out:[OutputDirectory] /target:[PathAndAssemblyName]. This currently only supports csharp, but in the future the /lang switch will enable you to target other languages.

You may find yourself wanting to decompile an assembly after browsing to it in Windows Explorer, but you have open JustDecompile from the start menu and load the assembly through it. This is a productivity killer, and we have responded by adding JustDecompile to the Explorer context menu. 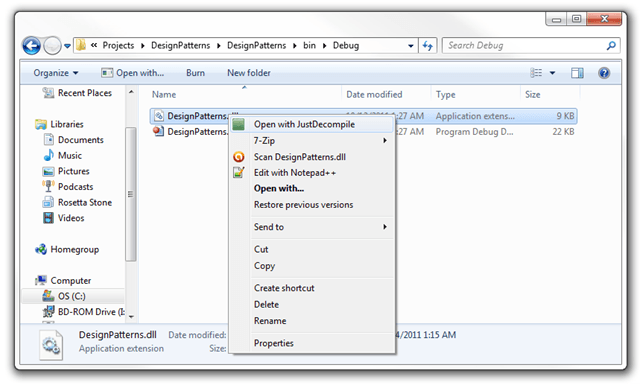 We’ve also added a few enhancements from within JustDecompile. You can now choose to load .NET 3.5 assemblies. 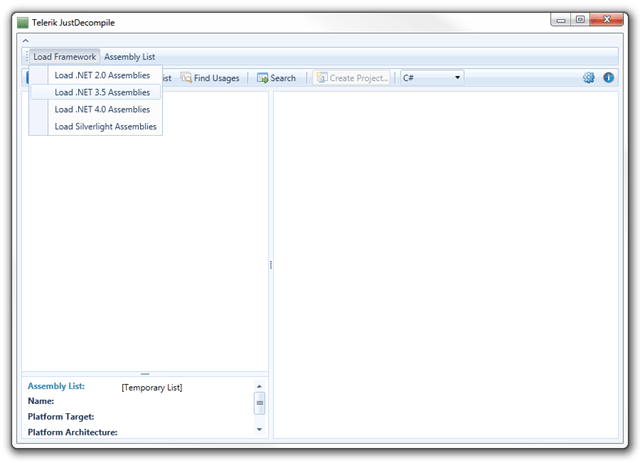 WindowsBase, PresentationFramework, and PresentationCore are now part of the assembly lists. 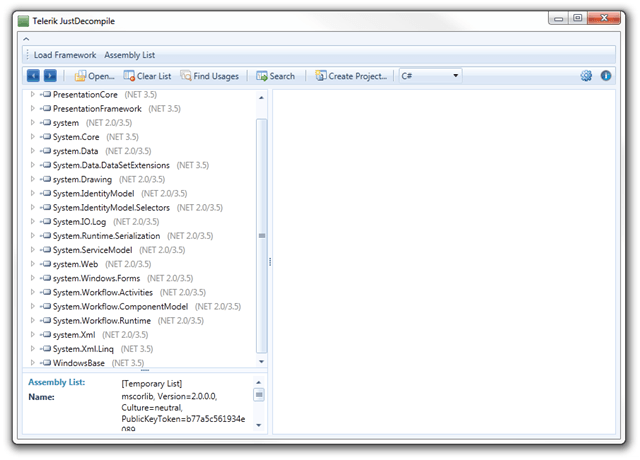 Finally, Collapse All was added to the assembly tree’s context menu to improve the intuitiveness of the GUI. 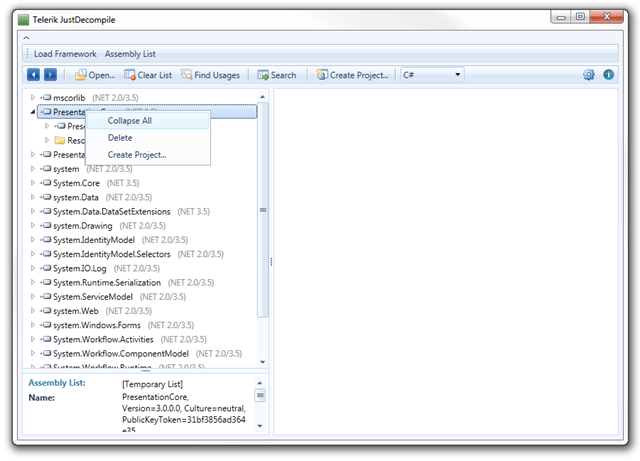 There are many more enhancements under the covers: JustDecompile is faster and produces better results than ever before. If you don’t already have JustDecompile in your toolbox, give it a try today!